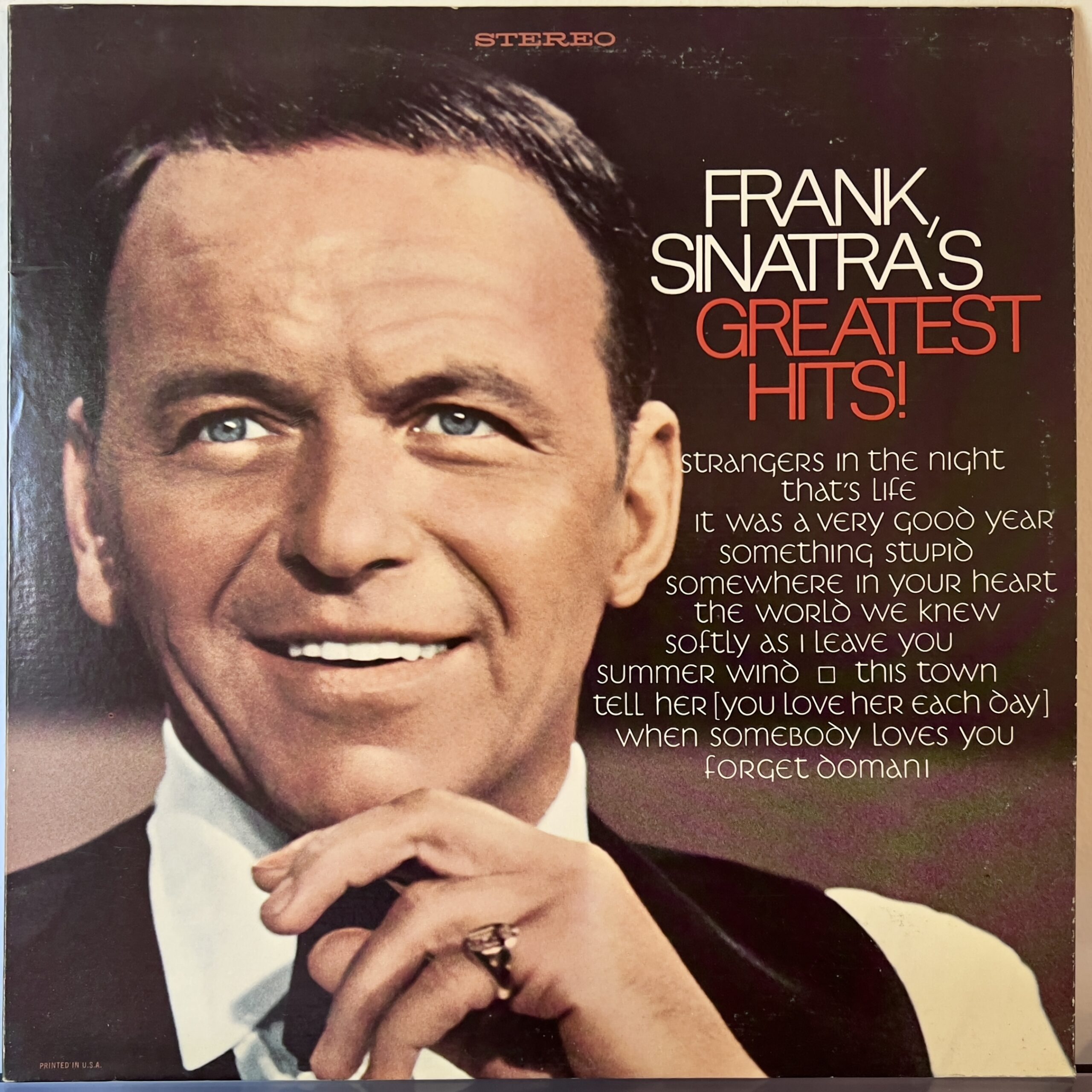 I listened to The Best Of Frank Sinatra a few months ago and didn’t really like it; that’s the only time in my life that I ever intentionally listened to his music.

Same as before, I guess: smooth, jazzy vocals for my grandparents’ and great-grandparents’ generations. But maybe I’ll find some songs on this one that I enjoy?

I actually recognized a couple of songs on this Frank Sinatra compilation, starting with Strangers in the Night, which wasn’t terrible.

It Was a Very Good Year was another song that I knew, because it’s indelibly seared into my memory from the opening montage of the fist episode of the second season of The Sopranos, which is available to watch on Youtube[1]Also, if you’re thinking about putting perfume in your hair, don’t do it..

This Town was all right, but the background vocals on Softly, as I Leave You were horrible and sounded like a choir or something. Forget Domani was probably the worst song and sounded extremely gimmicky.