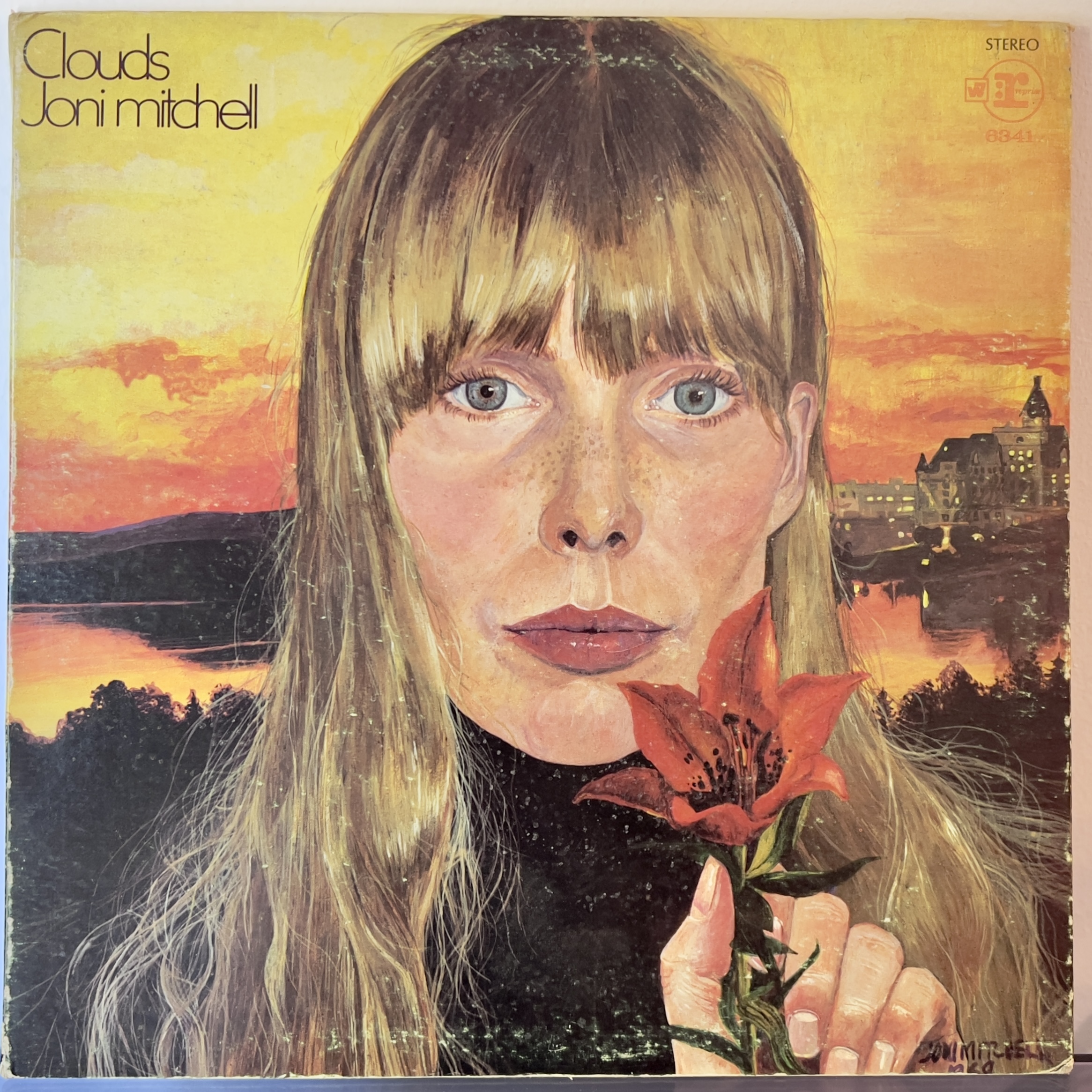 I reviewed Miles of Aisles a month ago. I’ve never heard “Clouds” before.

It was folk. I didn’t really like it. About “Miles of Aisles,” I wrote:

Ultimately I didn’t really like this record for the same reason that I don’t usually listen to Joni Mitchell: boring songs that exist to showcase a singer’s amazing vocal ability are… still boring songs.

From then to now and from that record to this one, nothing has changed to make me enjoy listening to Joni Mitchell any more.

Songs to Aging Children Come was instantly recognizable to me as the theme song of a radio program that my parents used to play when I was pretty young. It sounded like it could have used an overhaul by Joanna Newsom and her harp.

The best song on the record was Chelsea Morning. Both Sides Now was also good, and the self portrait on the album cover was slightly creepy.