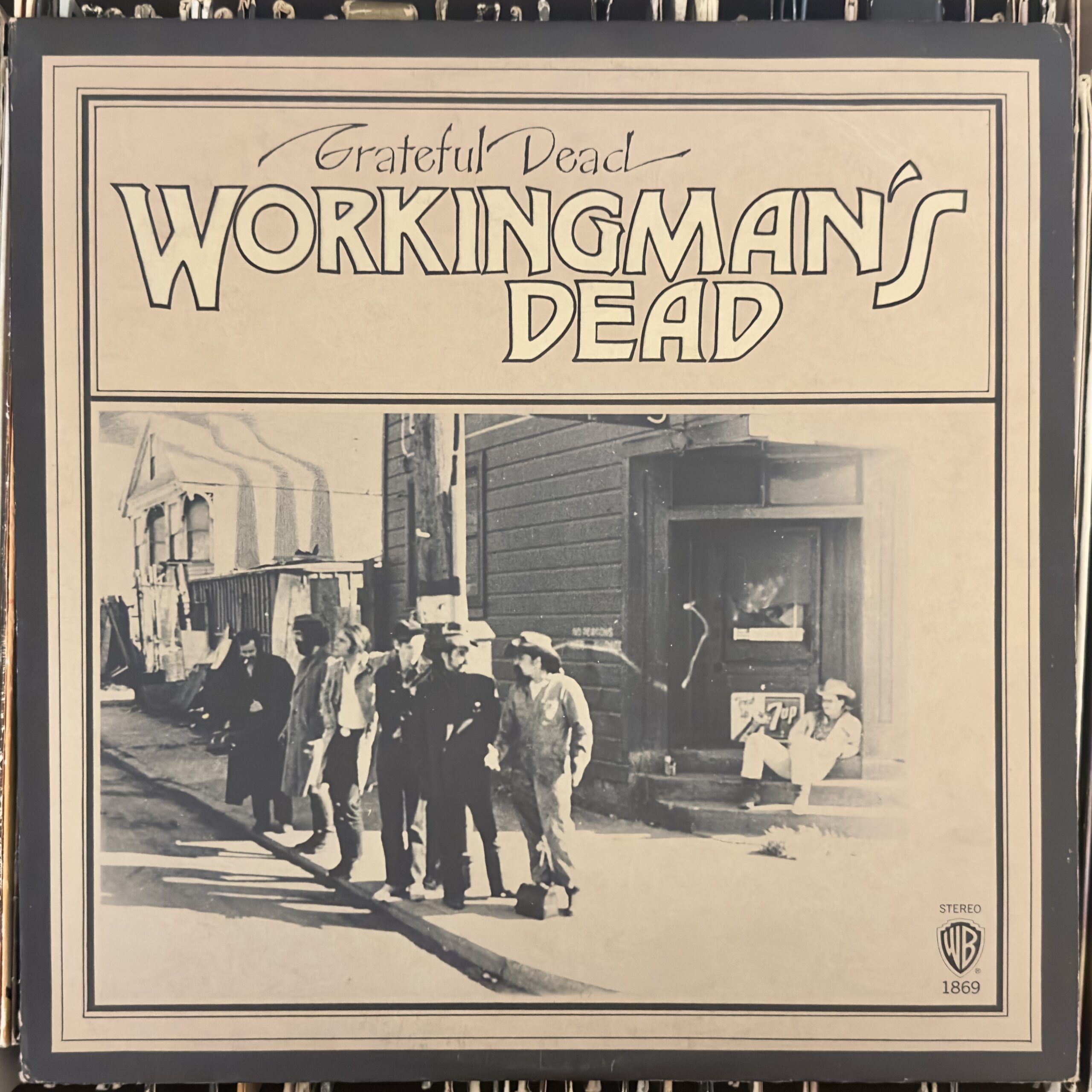 Some of my earliest musical memories in my childhood are of listening to a cassette tape of Workingman’s Dead in my mother’s brown Volvo station wagon, but I have no memory of ever asking her or my father what “high on cocaine” was supposed to mean…

… I guess I just kind of thought of Casey Jones as a children’s song, though at that age, I’m not sure that I was even entirely aware of a distinction in music between “children’s” and the rest of it. And I guess that children today hear every imaginable kind of explicit reference about drugs, sex and violence in every popular medium, but I somehow doubt that my nieces will hear a song like that in the way that I heard it.

At any rate, now I recognize it and a lot of Grateful Dead music as part homage to, and parody of, Bob Dylan, but mostly just drawing from, and contributing to, the American folk tradition of story songs.

One thing I don’t think I realized before today is how dark much of Workingman’s Dead is, especially songs like Dire Wolf and New Speedway Boogie, with all the poverty and death and vice. But in a big part this is a blues record, so I think it fits well with the subject matter.

At this moment, my favorite part of Workingman’s Dead is the banjo part in Cumberland Blues, which is so, so good, and especially how it creeps up on me. My least favorite part is the length of Black Peter, which just goes on too long for a slow song.

This record is sublime, but I still like American Beauty better.