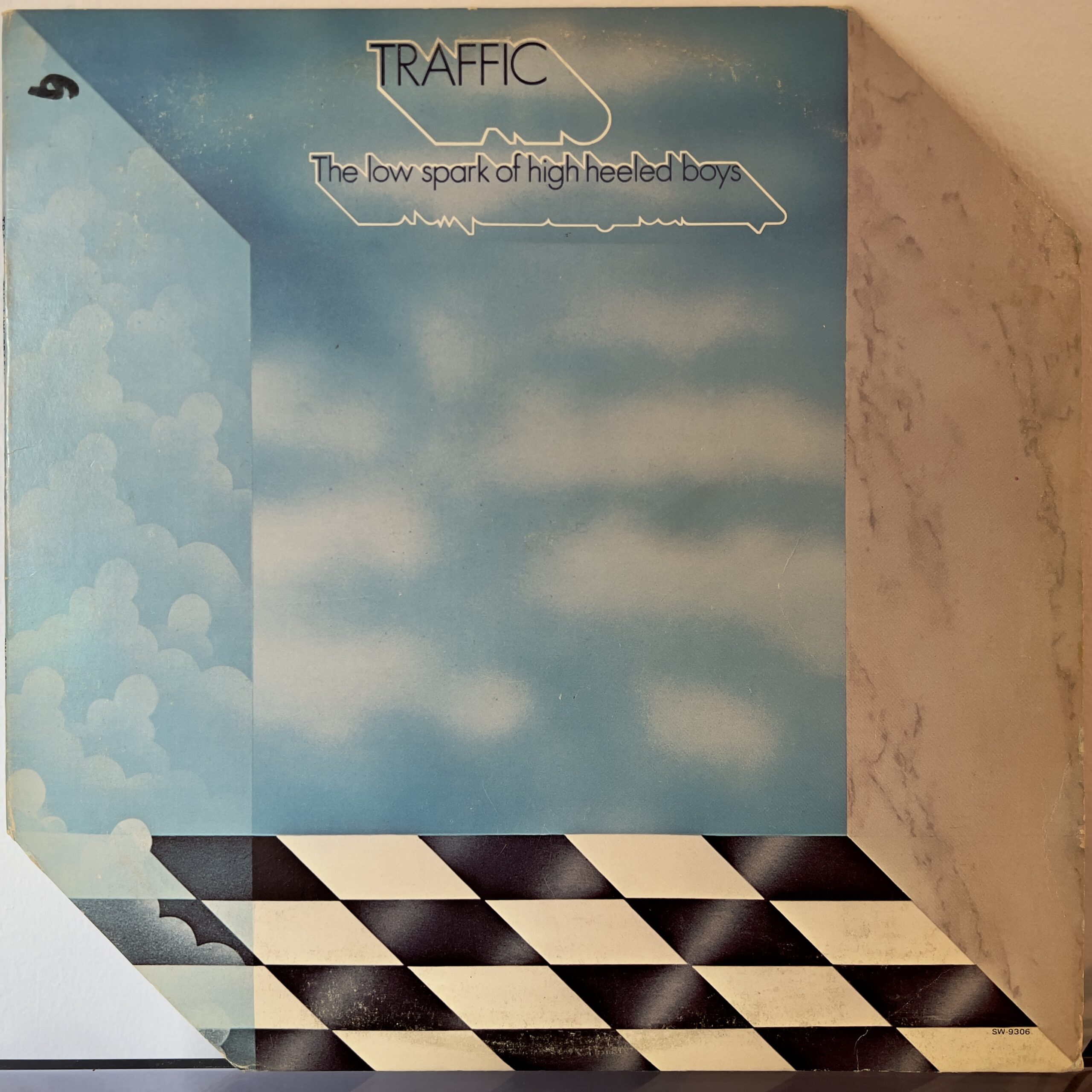 I’ve heard of Traffic, but don’t know any of their music.

There’s basically nothing I can tell about what the music will be like from the exterior of the album. That’s not a good sign, right?

The Low Spark of High-Heeled Boys had saxophone, and what did I write recently about saxophone?

Multiple songs also had flute: Hidden Treasure, Many a Mile to Freedom, Rainmaker. And when I was critiquing saxophone a few weeks ago, I also had this to say about flute:

I’m maybe slightly more forgiving of flute being used in rock music, if only because it’s so uncommon, but there’s a simple standard that I would apply: are you Jethro Tull? Are you better than Jethro Tull, or engaged in a serious attempt to do something that Jethro Tull hasn’t done or can’t do? If you answer no to all of those questions, then you probably should leave the flute out of your rock song.

There was not a single song on this record that I found enjoyable or interesting, and I can’t imagine myself ever wanting to listen to it again.