You are here: Home / Music / (TEN) YEARS TOGETHER: THE BEST OF PETER, PAUL AND MARY (Vinyl record album review) 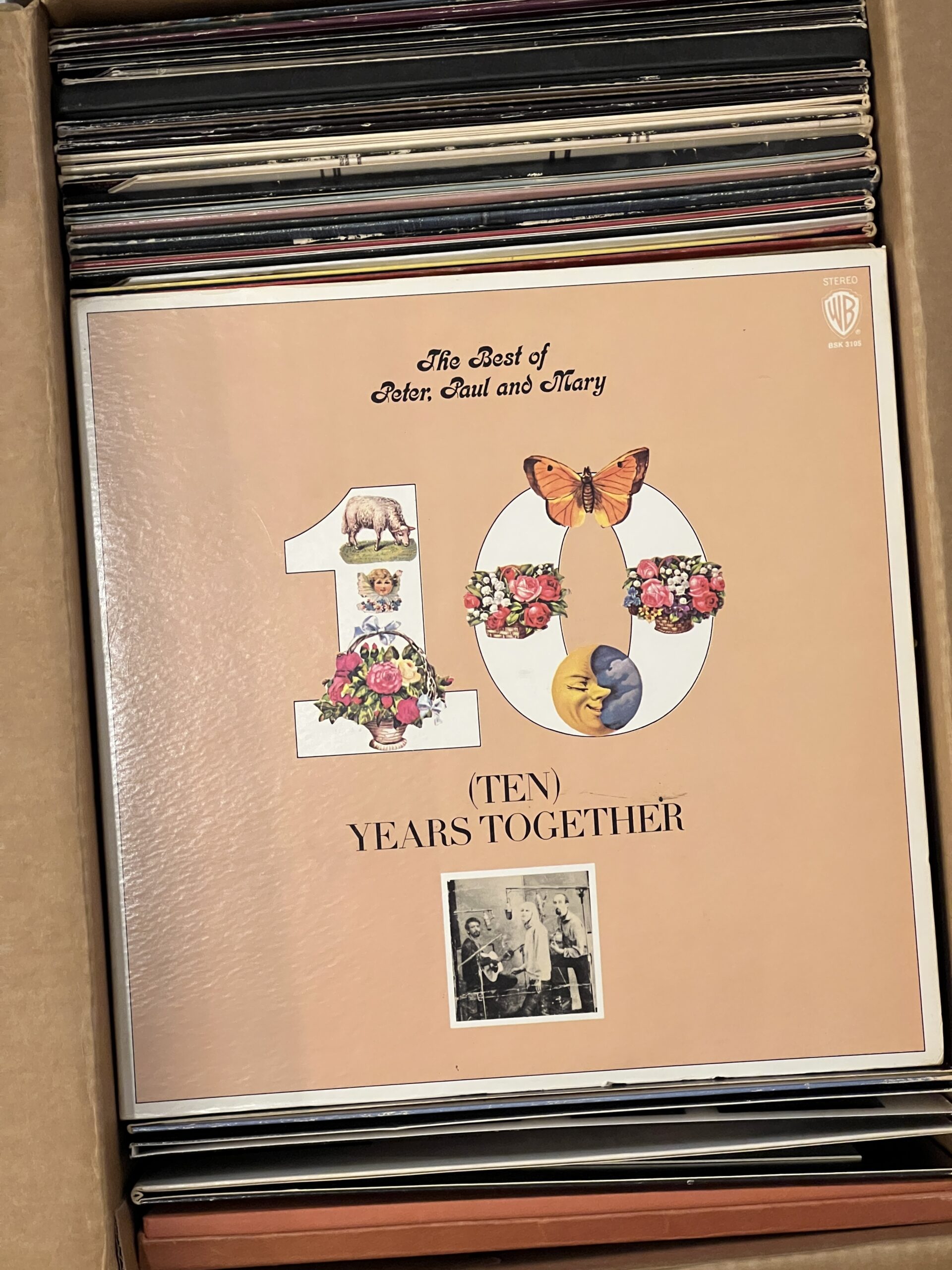 Peter, Paul and Mary were one of my mother’s favorite groups when she was growing up, so I think I heard them a lot when I was very young. In particular, I remember listening to Puff (The Magic Dragon) more than a few times because my younger brother had a stuffed dragon toy that he was somehow tricked into naming “Puff.”

I definitely didn’t know all of the songs, like Lemon Tree, but it was great to hear I Dig Rock and Roll Music for maybe the first time in decades. I also didn’t remember how great a song If I Had a Hammer is!

500 Miles was a highlight – I’ve always considered it a great country song and don’t think I ever knew that Peter, Paul and Mary recorded it.

Listening to this record was awesome.