You are here: Home / Music / Tea for the Tillerman by Cat Stevens (Vinyl record album review) 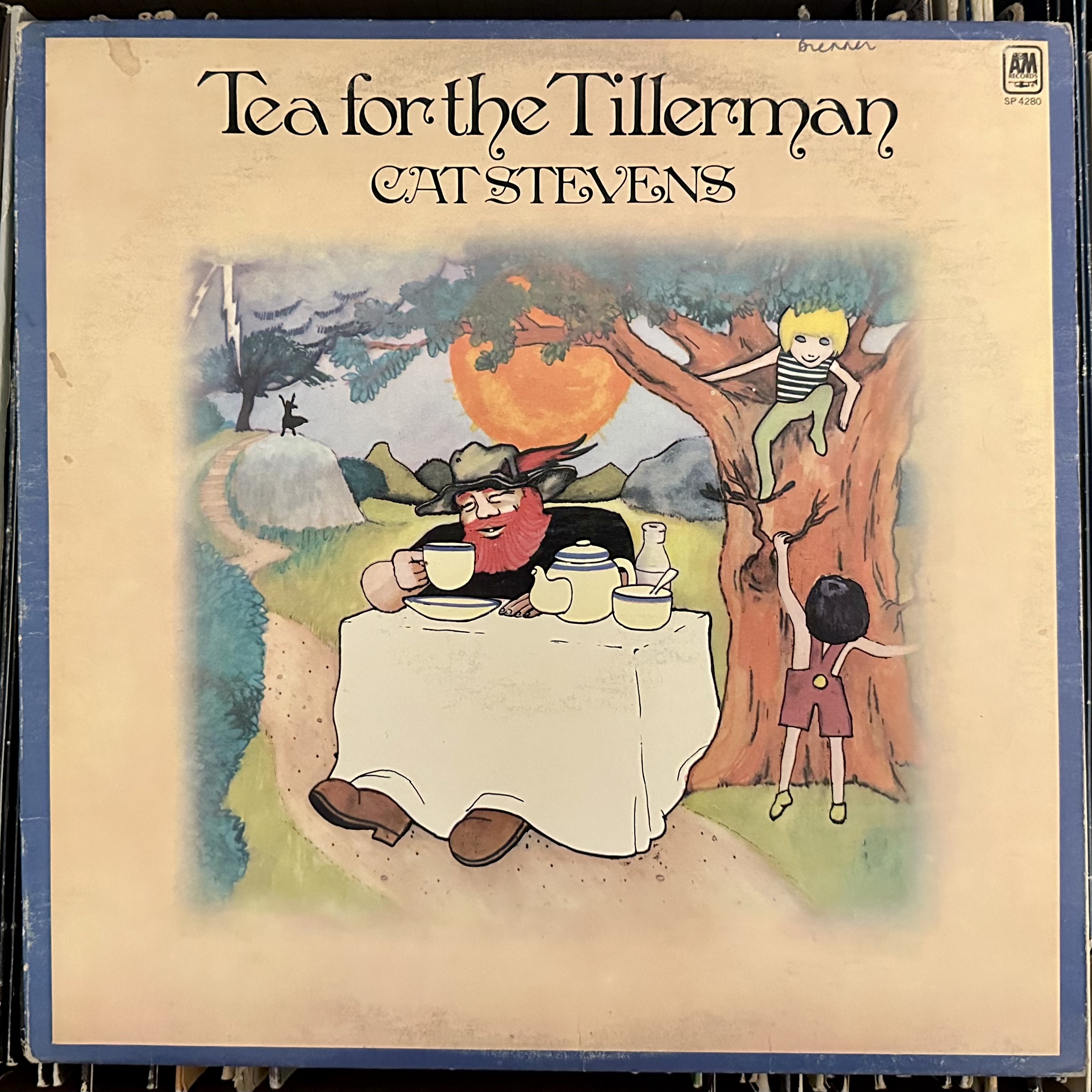 I’ve never listened to this record, but understand it to be Cat Stevens’ / Yusuf Islam’s breakout record that made him famous and rich; my parents say it was very popular.

When I listened to Teaser and the Firecat a couple of weeks ago, I recognized more of it, and enjoyed it more of it, than I expected, so I’m somewhat prepared for the same in this case.

The only song I know by name is Wild World.

This record was in a pretty consistent folk and folk rock style, and I was surprised at how little of it I recognized or enjoyed. It was actually a lot more like what I expected Teaser and the Firecat would have been like before I listened to it, or what I would have expected this to be like if I hadn’t listened to that one.

Most of the songs were rather on the boring side, with not a lot to say for them or about them.

I hadn’t heard Wild World in I-don’t-know-how-many years and thought that it was the classic case of a catchy chorus that really needed the rest of its song to pull it together, and if the verses had just been written better, it might have been world class.

Probably my favorite song was On the Road to Find Out, which was still folk but a bit more rhythmic than the others.

The most interesting and usual was Longer Boats, which had a sort of Caribbean sound.