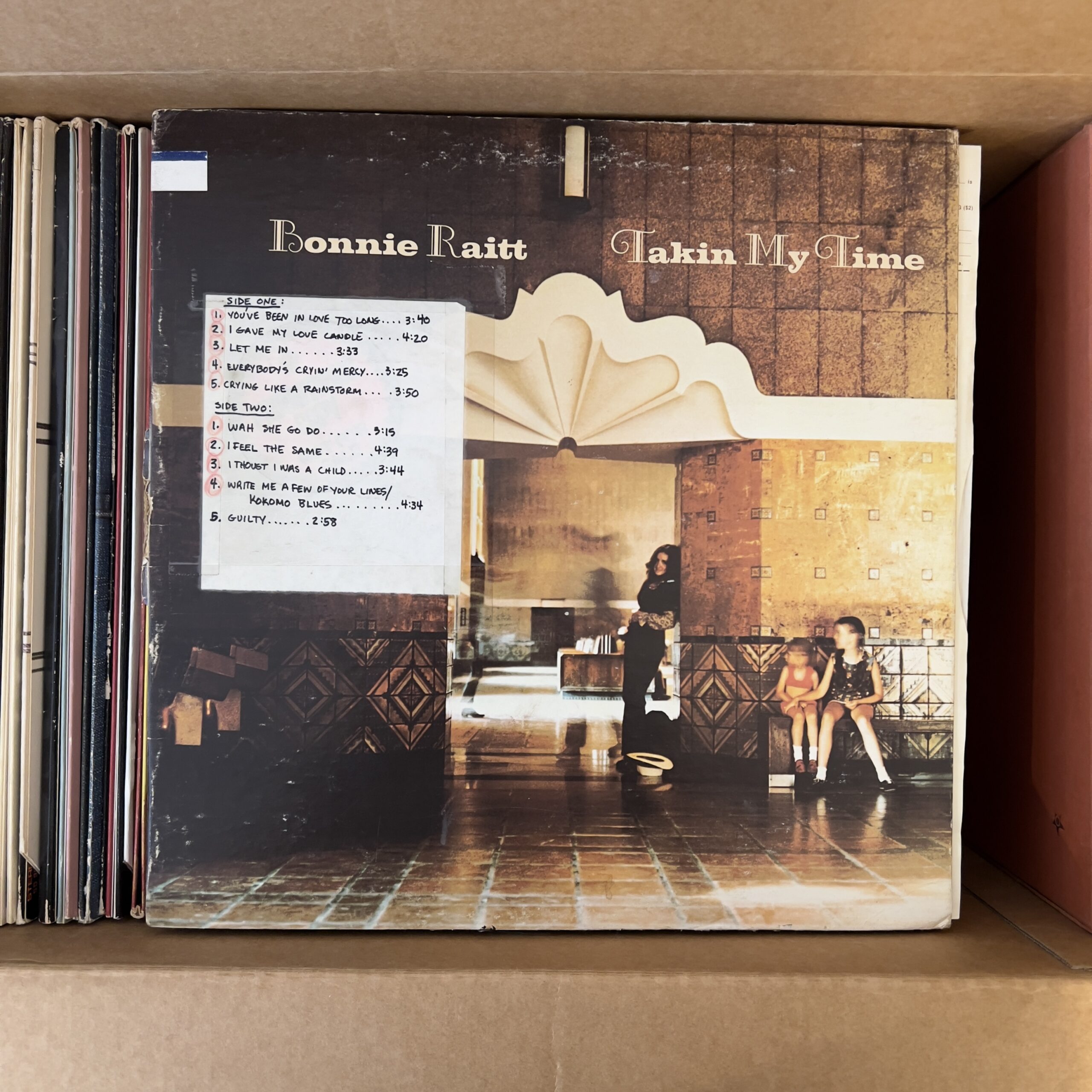 I’ve heard of Bonnie Raitt and think of her as a country singer.

This record is from 1973 and I’m not sure why, but that just feels a little early for Bonnie Raitt to have been making country records, but on the other hand, the album art has someone wearing a cowboy hat, so I’ll guess country.

Definitely parts of this record were country, like You’ve Been In Love Too Long (in which I detected maybe a bit of funk inspiration) and Guilty.

On the other hand, Let Me In sounded like Oompa-Loompa music, which is the most ridiculous form of music. Everybody’s Cryin’ Mercy, meanwhile, was very bluesy. In that spirit, I thought Write Me a Few of Your Lines / Kokomo Blues, a classic blues rock track, was the best on the record.

Quite incongruously, Wah She Go Do was a reggae song and I don’t entirely understand why it (or Let Me In) was included on Takin My Time.