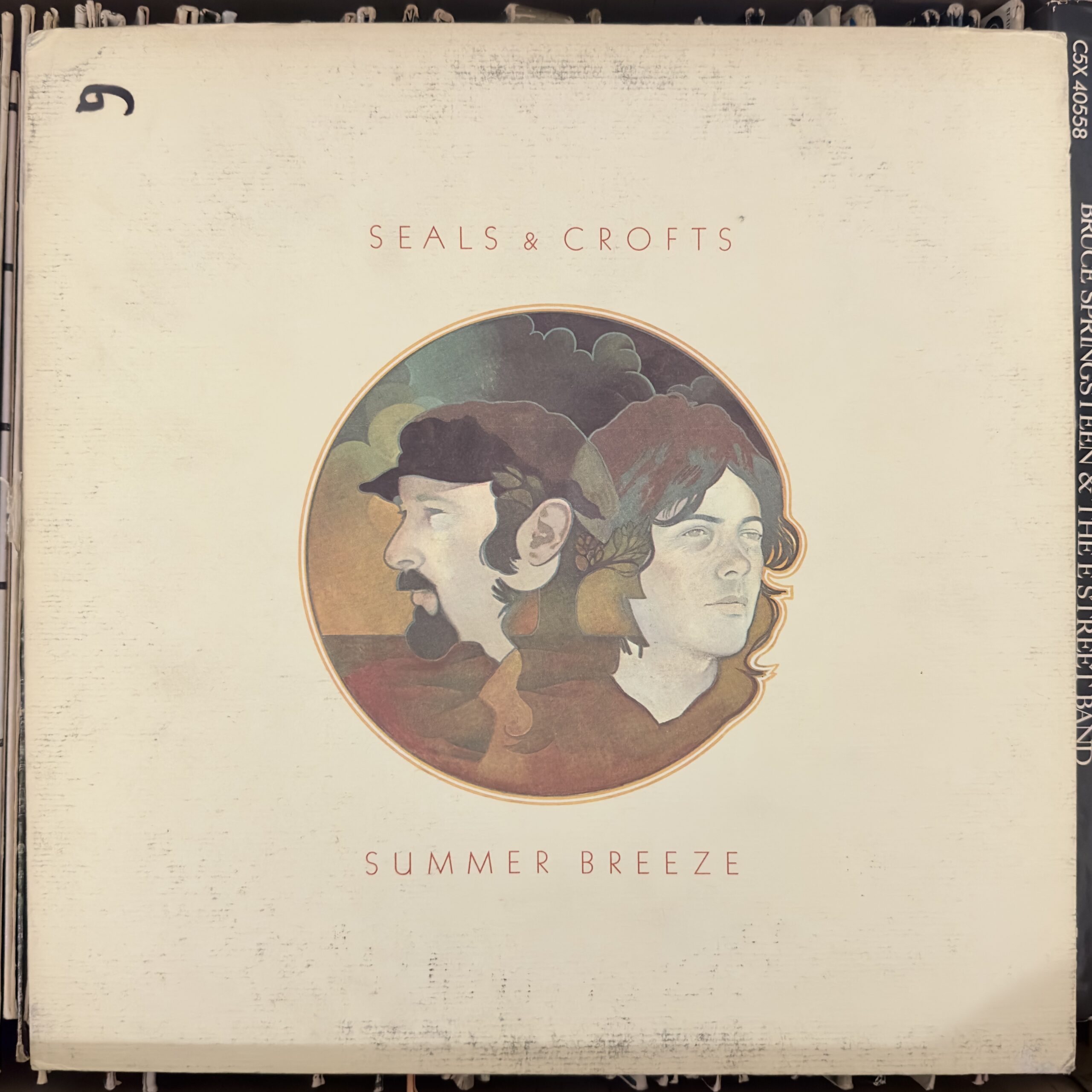 The only time that I’ve ever listened to a Seals and Crofts record was last May, when I reviewed their “greatest hits” compilation, on which I only recognized one song, which is also the title track for this record, Summer Breeze.

I was thinking that I didn’t like the title track Summer Breeze because I could only remember the mind numbing chorus part, but then when it came on, it was ok. I still think it would be better as a punk song, though.

In general, most of the songs on Summer Breeze weren’t bad at all, with the exception of Advance Guards, which sounded like a children’s song.

Seals and Crofts harmonize pretty consistently, but more by singing the exact same note than when Simon and Garfunkel do it at complementary notes. I guess there’s a reason why Simon and Garfunkel are so widely known, while I struggle to name a single Seals and Crofts besides the one I knew from their “greatest hits” compilation that is also the title track of this record.

Mostly, though, these were pretty boring folk rock songs.