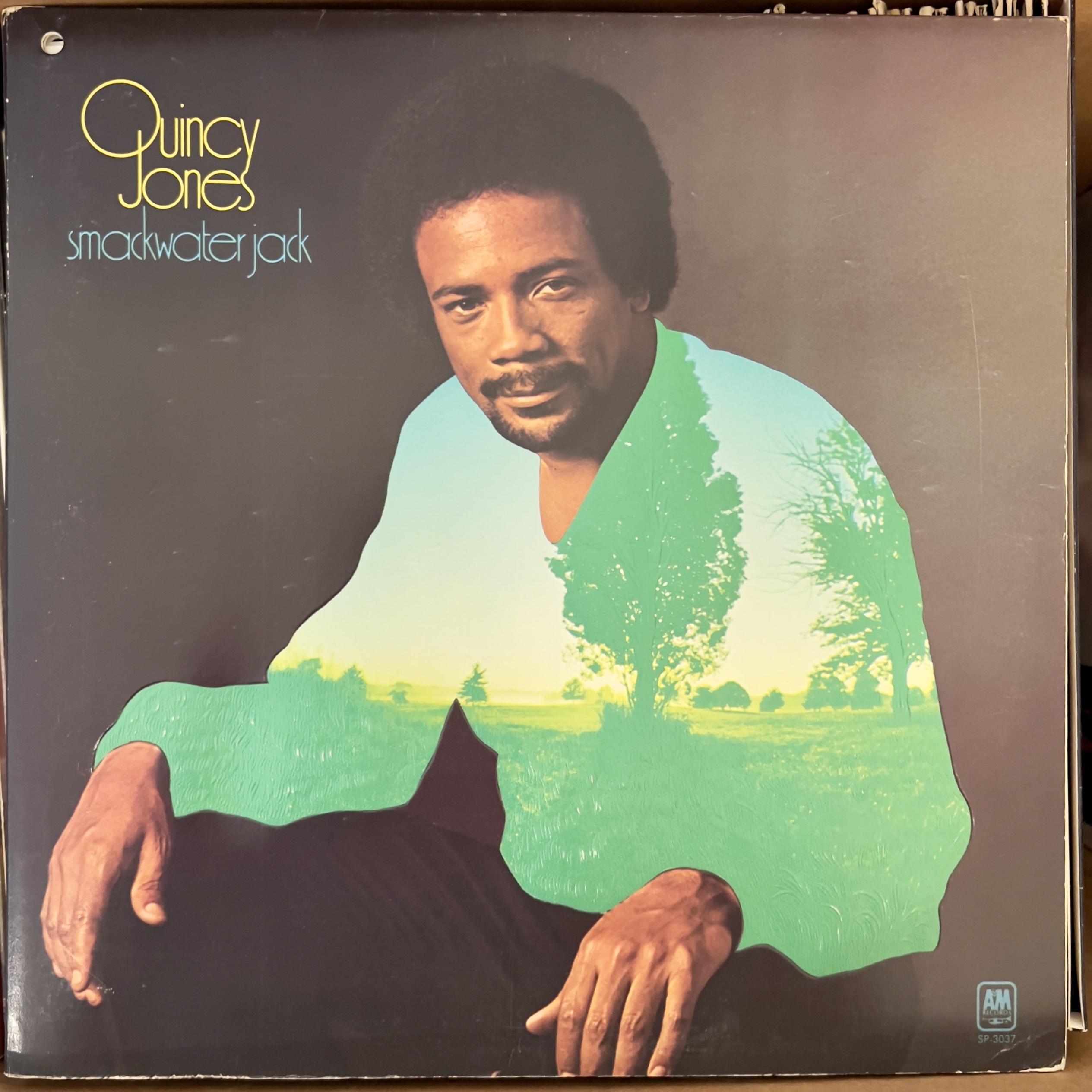 I’ve heard of Quincy Jones, but don’t know anything about him. The only song on this record that I know is the Marvin Gaye song What’s Going On?.

I really enjoyed some parts of this, but it was very uneven.

The best parts were the jazz songs with the most funk, R&B and rock elements: Smackwater Jack and Cast Your Fate to the Wind on side one, and Hikky-Burr (which, according to Wikipedia, was the theme song from The Bill Cosby Show and “is one of orthopedic surgeon David Mendelson’s favorite songs”) and Guitar Blues Odyssey: From Roots to Fruits on side two.

I’ve never been a fan of What’s Going On?, but Quincy Jones’ version was really lively, jazzy and much more entertaining than the vocal-dominant version I recall.

Ironside, on the other hand, was the non-melodic type of jazz that I tend to find annoying, and Brown Ballad was so boring that it never should have been recorded.