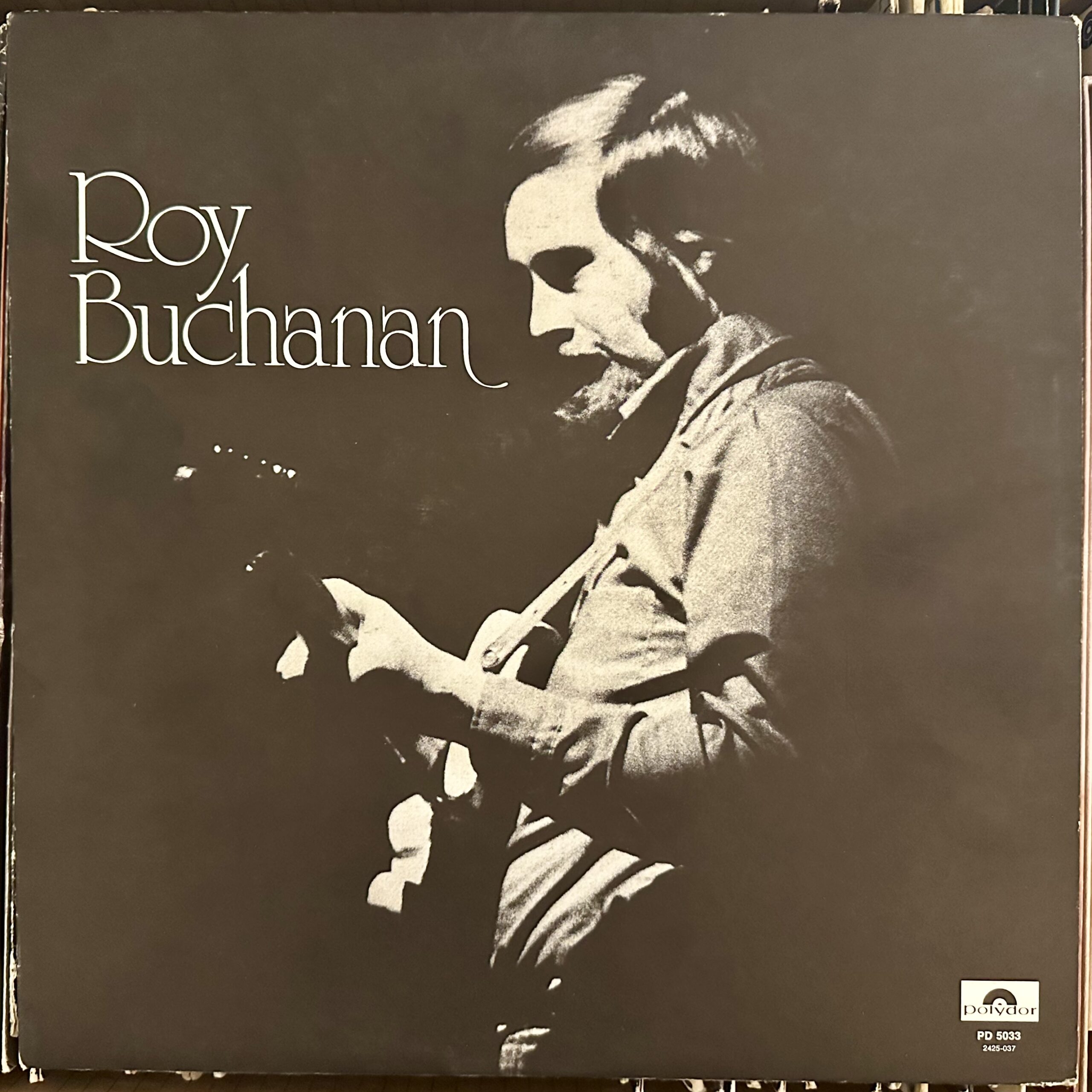 I’ve never heard of Roy Buchanan or this record.

This was really good, and Roy Buchanan was an outstanding guitarist.

Most of the record had an electric blues sound, with some country and some rock, and with very extensive, expressive guitar solos in which he made the guitar sing. Not a lot of people have made records like this one, but I think that I would put Roy Buchanan against Jimi Hendrix or Eric Clapton in skill, particularly the ability to draw those clear and emotional notes from their guitars.

I particularly thought of comparing Buchanan to Hendrix during Haunted House, a slow electric blues guitar instrumental, and I Am a Lonesome Fugitive was itself a pretty straightforward country song, but with phenomenal rhythm guitar that stole the show. Sweet Dreams was similar, with a sort of psychedelic guitar instrumental in a country style, with great backing percussion, and made me think that it was what it sounds like when you don’t need a vocalist because you can make the guitar sing for you.

My favorite song on the record was John’s Blues, which was far more lively than the rest – almost Chuck Berry style – and again, I loved the guitar solo.

Hey, Good Lookin’, the Hank Williams song, was just fine, and The Messiah Will Come Again had these creepy spoken word parts that were unimpressive.