You are here: Home / Music / Prairie In The Sky by Mary McCaslin (Vinyl record album review) 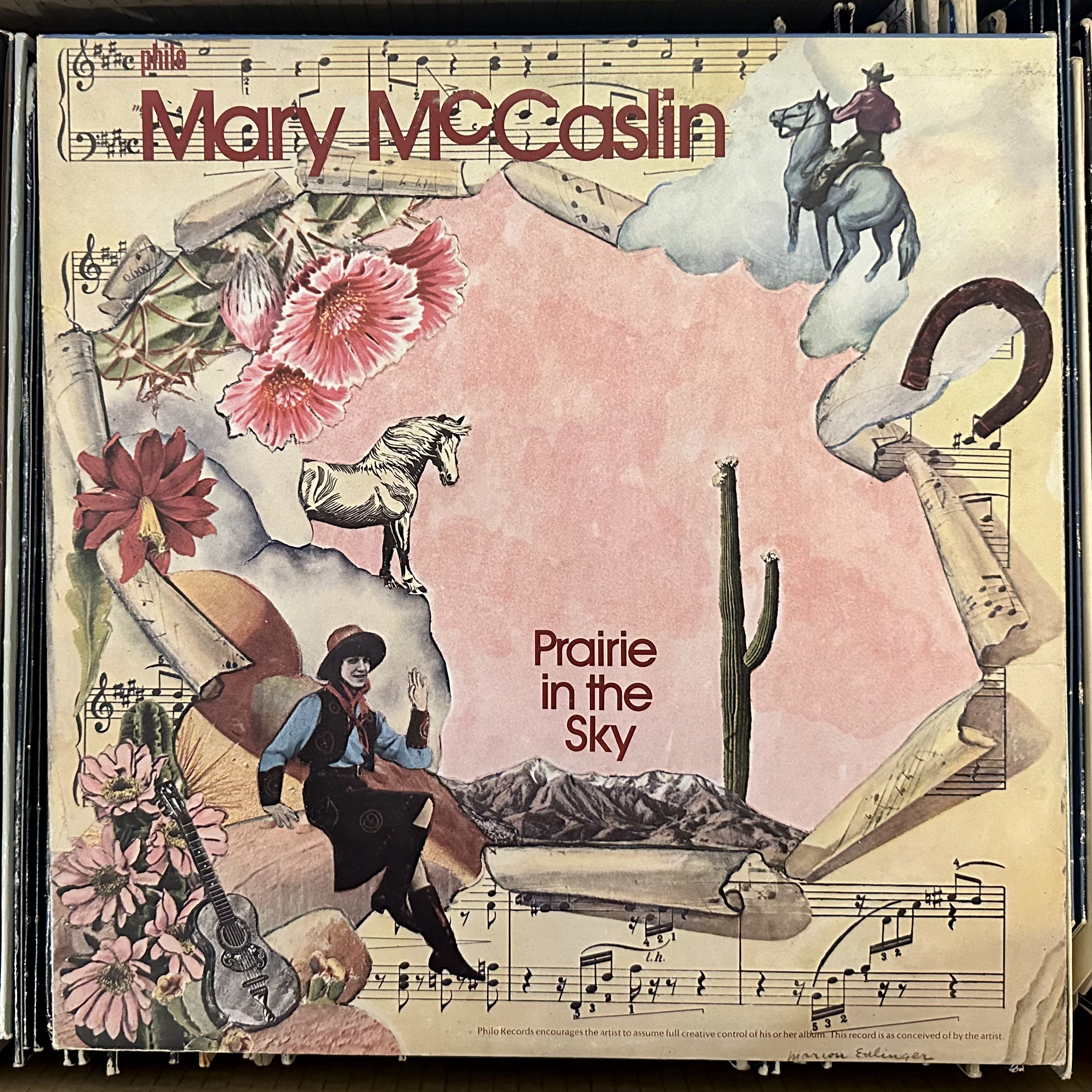 I listened to Old Friends by Mary McCaslin a couple of weeks ago, and thought it was great, but that’s the only time I’ve ever heard of her.

The album self-described as “western,” and that was quite right: it was country, but less country and more western. As before, I thought McCaslin’s voice was good and the songs were also very consistently good, with maybe one exception.

Prairie In The Sky had sort of a plodding, thumping rhythm and was probably the song I liked the least – but wasn’t really bad.

Ghost Riders In The Sky was the only cover that I recognized. I’ve probably heard ten different versions of this song, and with some changes to the lyrics, they’re all basically the same song, and this was no exception. It was strong, but lacked some of the eerie sound of some other versions that make them corny but entertaining.