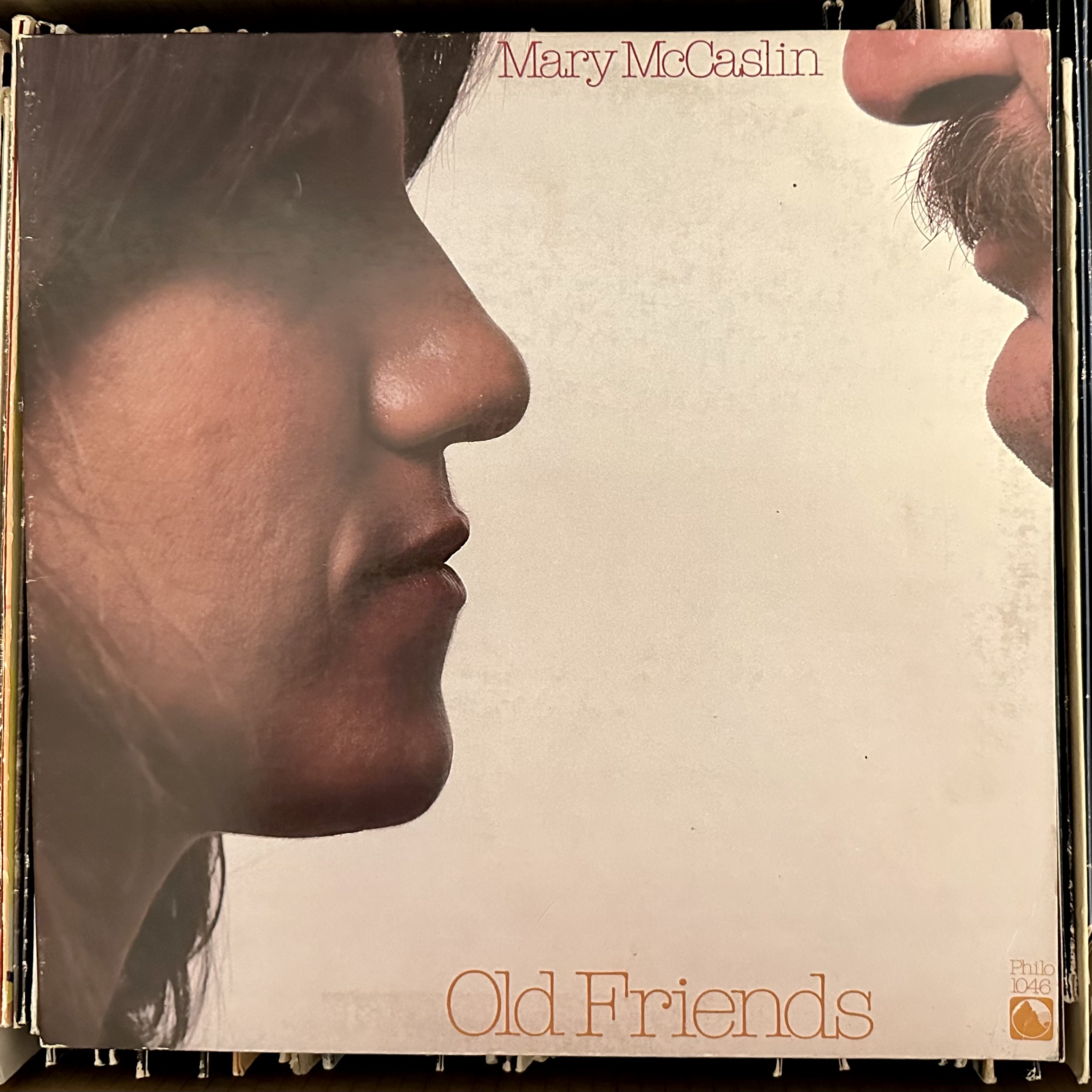 I’ve never heard of Mary McCaslin or this record.

What I know about this is that it’s from 1977, that it was owned by my mother, and that the songs on it appear to be covers of other artists’ work, so I’m guessing it will be folk interpretations of famous songs.

My prediction was right, though there was one original song, the title track Old Friends, which was fine, but nothing special.

Things We Said Today was fantastic, with an excellent tempo (that most singers would have opted to slow down). I loved the simplicity and the harmonies, and thought she did a great job, and thought the same about Wendigo.

Oklahoma Hills was upbeat, and I liked the subtle steel guitar.

Both Way Out There and My World Is Empty Without You Babe were slightly Oompa-Loompa, but still excellent. The former in particular was country enough to make up for it and had nice high notes, and I was again impressed that it wasn’t slowed down.

Pinball Wizard was kind of hilarious because I’ve never heard it outside the context of Tommy, and I love that she did it with banjo and drums. Blackbird was also great because of the banjo.

I didn’t like Wayward Wind and Don’t Fence Me In as much as some others, but still thought the steel guitar and drums were good on the former and the fiddle was good on the latter.

It seems like Mary McCaslin died a month ago, but I’m happy to have found her music!