You are here: Home / Music / One of These Nights by The Eagles (Vinyl record album review) 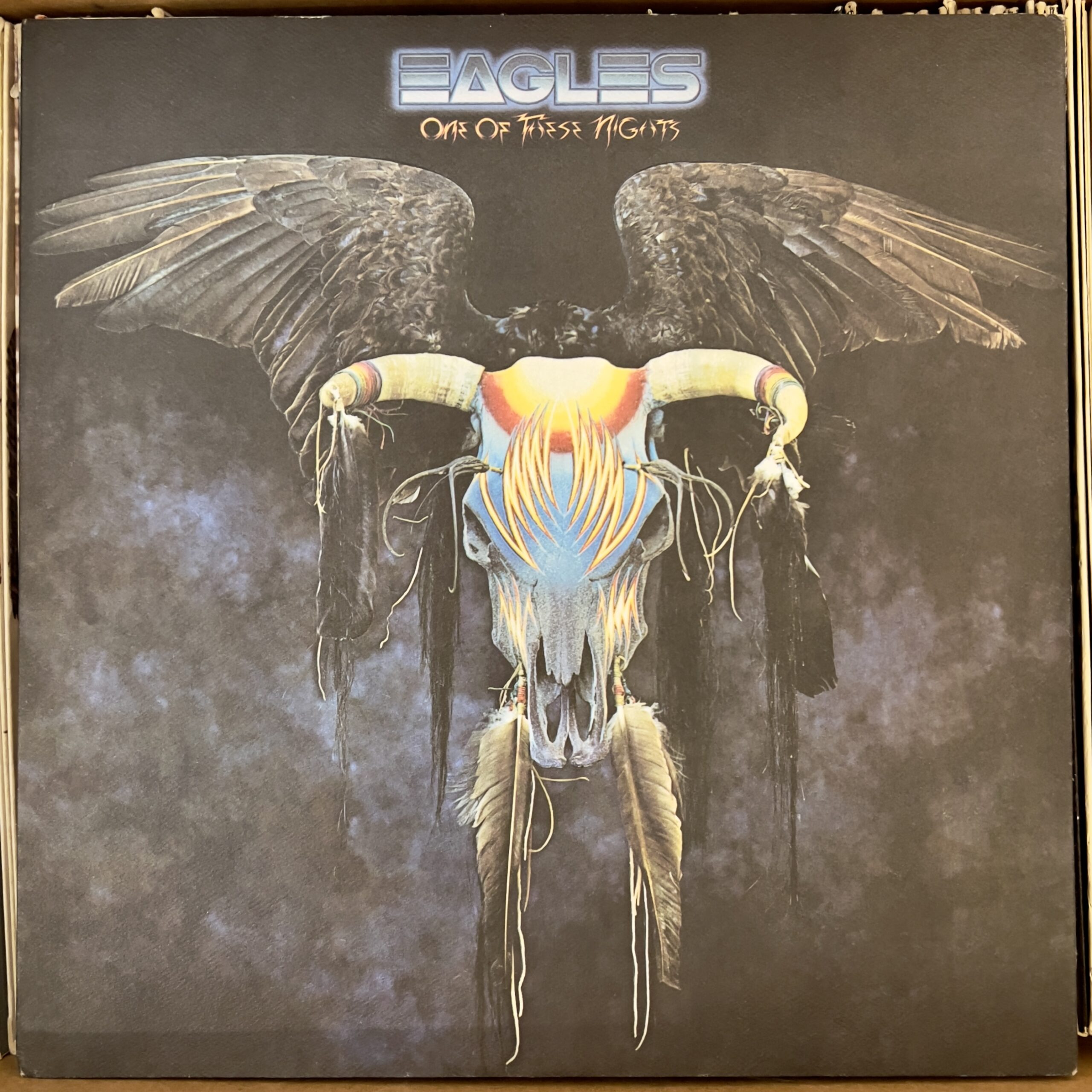 I’m familiar with the Eagles, but not with this record or any of the songs on it.

I actually did know the title track One of These Nights, a pretty bad disco-inspired rock song. Other songs on the first side were a little better, with parts channeling Crosby, Stills and Nash.

Lyin’ Eyes was also a familiar-sounding country song, the best song on the record by far. The worst by far was I Wish You Peace: slow, boring and whiny.