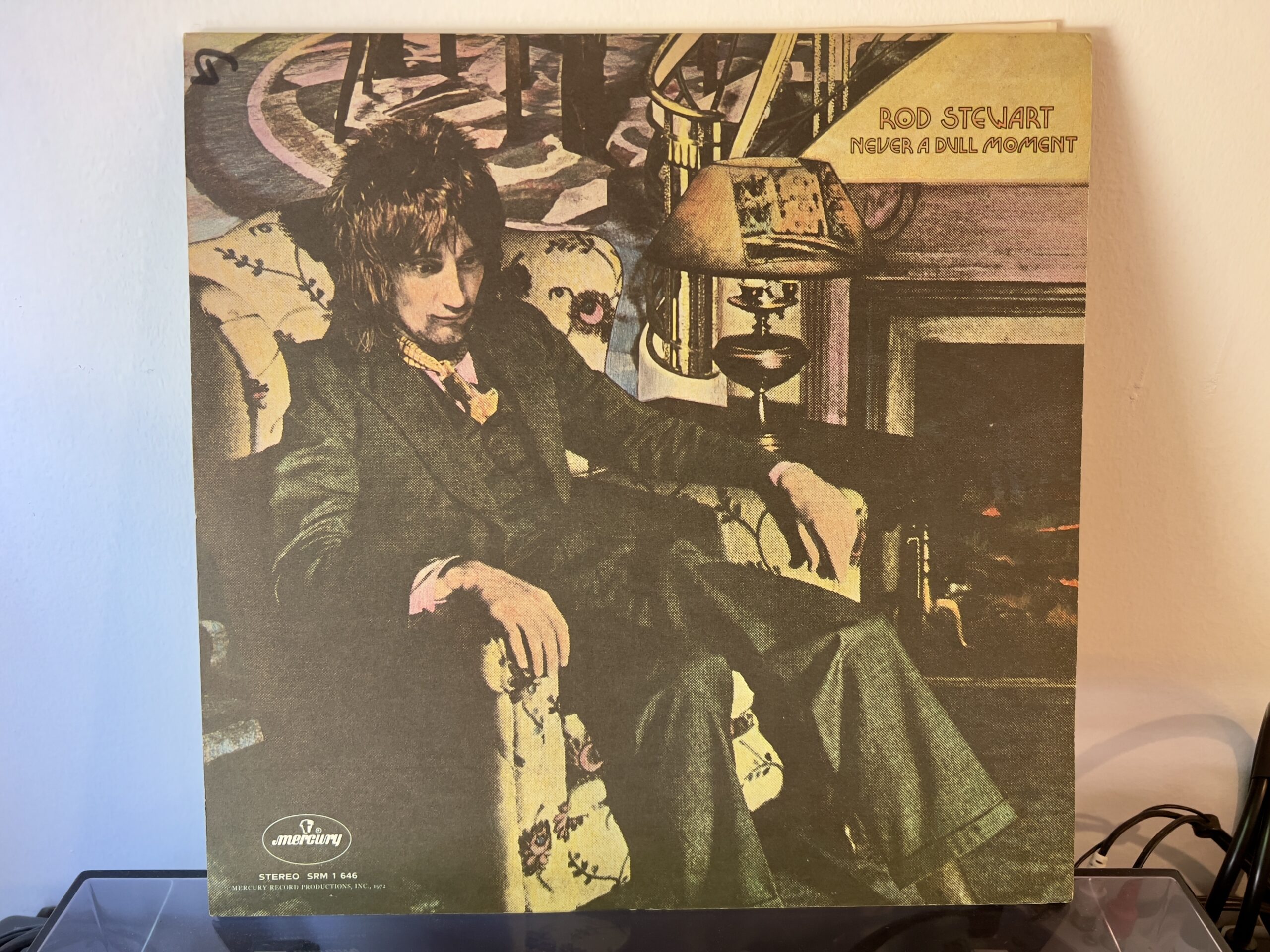 I’ve never been a fan of Rod Stewart, even though in high school I had a (female) physics teacher who looked just like him.

“Never A Dull Moment” is a bizarrely bold title for this record, as I counted more than a few dull moments on it. That said, for anyone who’s able to get past Rod Stewart’s abysmal singing voice, the music on this might be very appealing, with lots of great rock and blues-rock songs.

None of the songs stood out as particularly worse than the others, but I thought the most interesting was his cover of Sam Cooke’s Twistin’ The Night Away, a song that highlights Sam Cooke’s famously smooth and beautiful singing voice that is 180 degrees opposite from Rod Stewart’s. Cooke’s version is really all about his vocals, while Stewart’s version is a rock song and nearly stands on its own without vocals. If Cooke had lived, I wonder what his impression of it would have been.