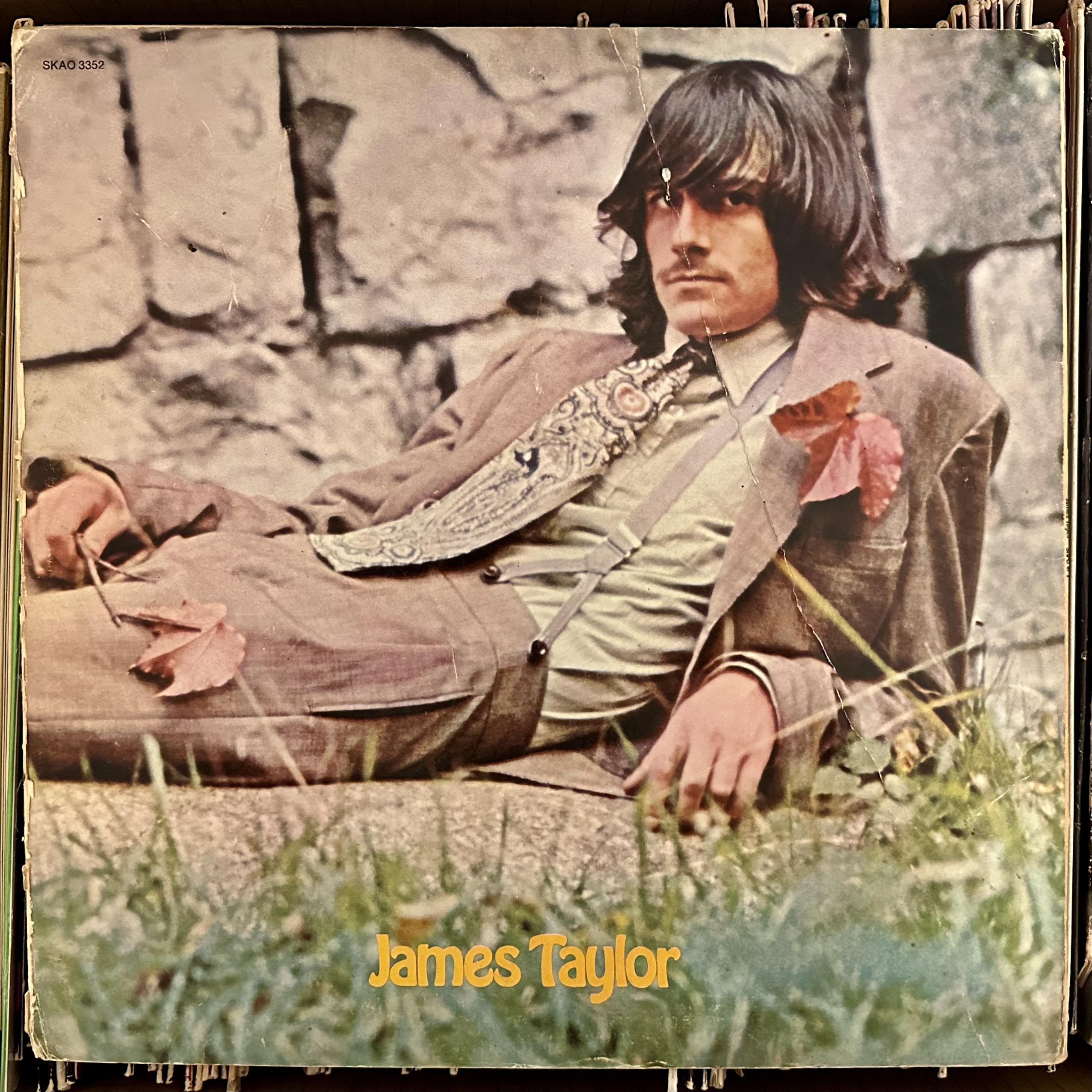 Also, the label is Apple Records and there’s a song on the record called Something in the Way She Moves, but the lyrics are included in the album and it’s not the same song as George Harrison’s song Something.

I think I probably liked this record a little better than James Taylor’s others, but not much better.

One interesting thing about it was the extensive use of harpsichord and violin. Songs with harpsichord included Brighten Your Night With My Day and Taking It In, which had a good, lively tempo also. Violin songs included Knocking ‘Round the Zoo, Sunshine Sunshine and Carolina in My Mind.

Rainy Day Man was more of a normal folk rock song in the style that I had expected.

Something in the Way She Moves was 100% forgettable, so here is George Harrison performing his completely different song that only suggests a similarity.

Don’t Talk Now was a totally boring folk rock song with a repeating “nah nah nah” line, but did have great electric guitar in the background, especially towards the end.

Something’s Wrong sounded like it started with Greensleeves, but was otherwise bad. Night Owl sounded like a marching band song, with a horrible atonal horns part.

Circle Round the Sun was Taylor’s version of I Know You Rider, but I don’t know why anyone would choose his version over another.

The Blues Is Just a Bad Dream had an intro that sounded like a Moody Blues song, but turned into a pretty standard good blues song.