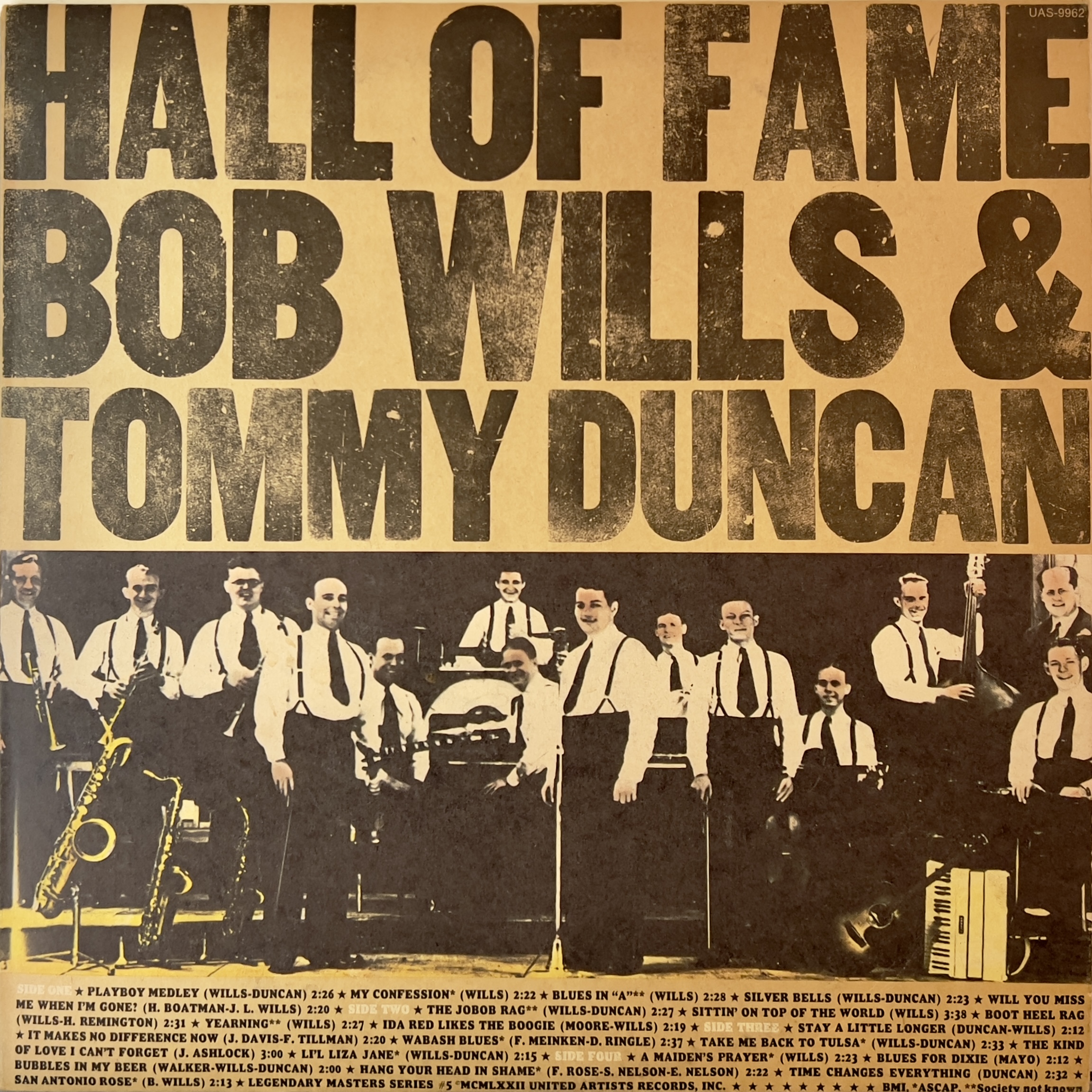 I’ve never heard of Bob Wills or Tommy Duncan, or probably any of the songs on this record.

And it was similar in a way, but it was not at all like what I expected.

At first I thought I was listening to bluegrass, but it wasn’t like bluegrass either. I had to look it up, and learned about the existence of the western swing genre. And it turns out that western swing, rather unlike its eastern and/or nationwide counterpart, is actually pretty good!

To explain western swing a little… lots of it did sound like bluegrass, but there also wasn’t a point where it didn’t sound like big band jazz. So if you can imagine a cross between those two styles, or a blend of them, that was it. And it does make some sense, as I’ve long noted that bluegrass and some kinds of jazz already have elements in common, such as the style of musicians taking turns doing virtuosic solos.

Stay A Little Longer was familiar to me, but it was the only song I kind of recognized.