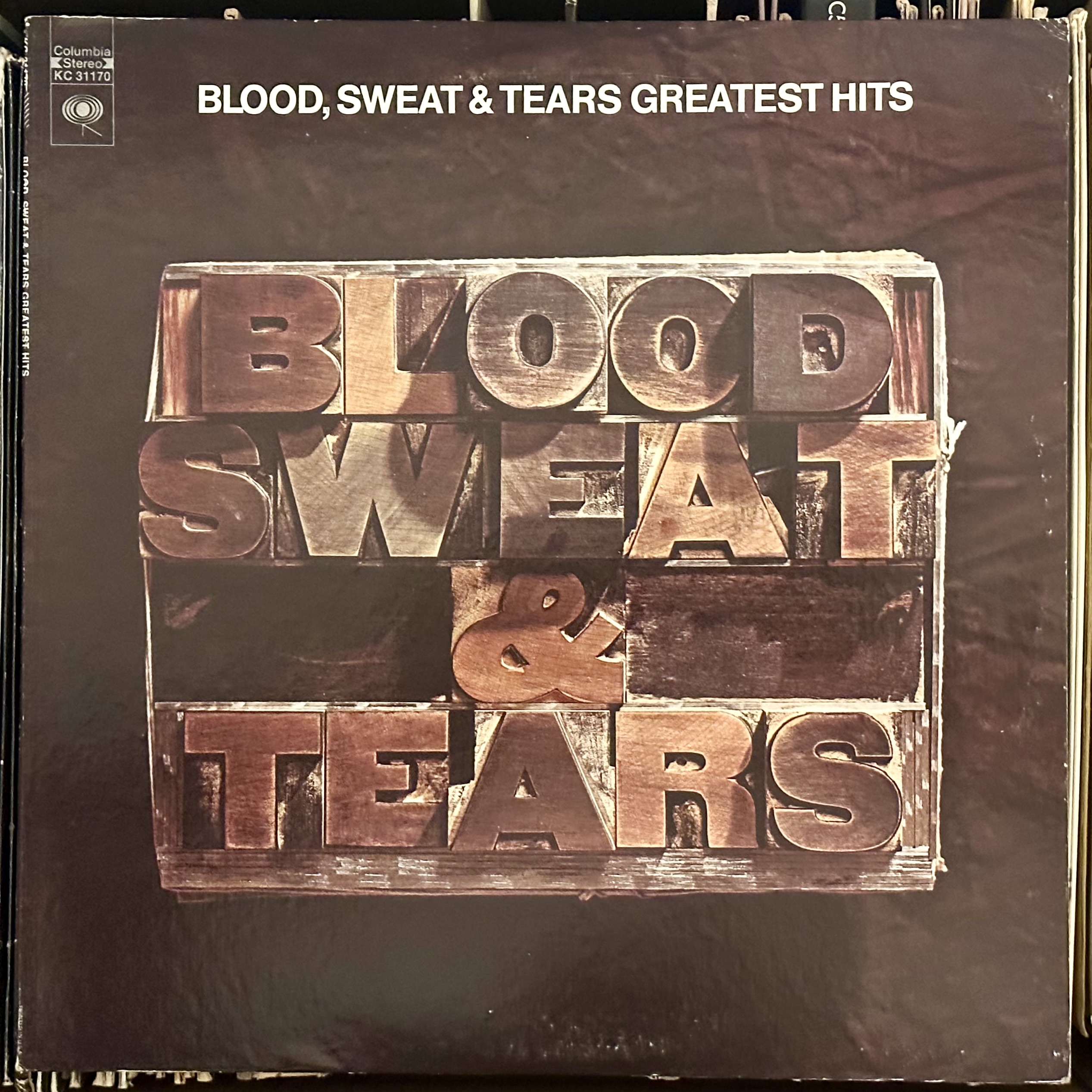 I listened to Blood, Sweat & Tears (their 1968 debut record) a while ago and hated it.

The other Blood, Sweat & Tears record was “brash,” so I assume this one will be similar, but I hope I’ll like it better.

I strongly disliked this, but it was not as bad as their earlier record. The most “brash” songs were Go Down Gamblin’, Lisa, Listen To Me, Lucretia Mac Evil, Spinning Wheel (which I still recognized) and God Bless the Child – the latter with a Latin dance sound.

I Love You More Than You’ll Ever Know had great guitar, but was still boring, and the saxophone killed it for me.

Hi-De-Ho was offensively bad and Sometimes In Winter was also terrible – with flute!

You’ve Made Me So Very Happy was a Temptations cover, and I’m not a fan of the original, but it was better than this version. Neither was terrible, though.

I Can’t Quit Her also wasn’t bad, and sounded a bit like a late era Beatles knockoff.

And When I Die was one of several from this compilation that was on their first record, but I hadn’t realized until now that it was a Laura Nyro song from The First Songs. Her version was way superior, and this was too Oompa-Loompa for my taste, but I did think the harmonica was good.