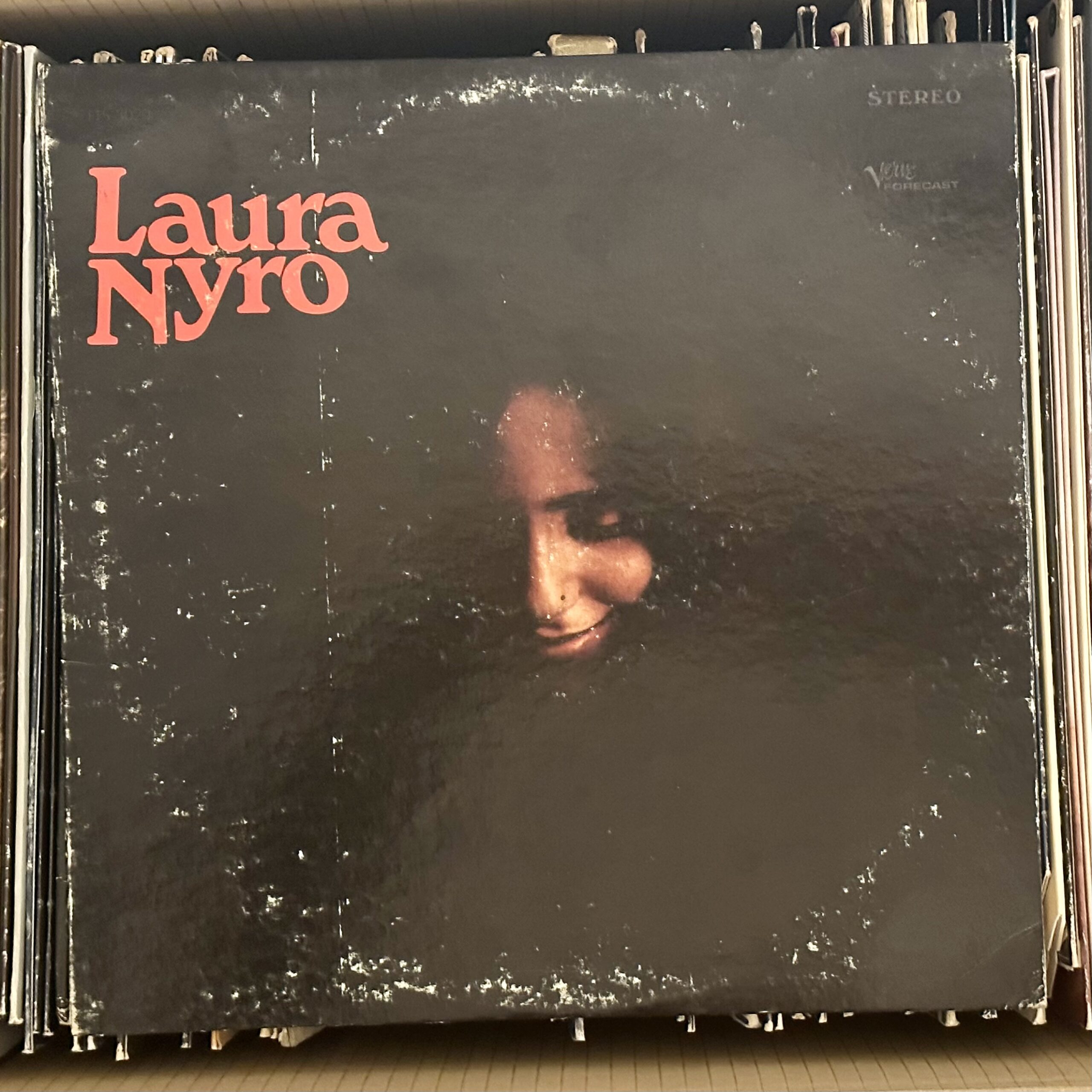 I have no familiarity at all with Laura Nyro.

Well, this definitely wasn’t what I had in mind when I anticipated “acoustic singer-songwriter,” though it may technically have been right. Laura Nyro’s voice on this record was remarkable, and I had to look it up to find out, but she was around just 17[1]If you know what I mean… when she recorded this in 1966. It’s hard to believe that a teenager could have made these, and it sounds like she might have lived at least twice and maybe three times as long as she actually had.

So what was the style? Most of the songs had a sort of timeless, ageless, jazzy or bluesy lounge act sound, while several of them flipped to the style of a Motown or R&B girl group that’s deeply rooted in its period (early to mid 1960s) and its members’ ages (within a few years of 20).

The first set included Billy’s Blues, I Never Meant to Hurt You, He’s a Runner and Buy and Sell, the last of which was a love song to cocaine – and let’s remember that Nyro was 17 years old when singing it, and might have been even younger when she wrote it. These were my least favorite.

Lazy Susan started out that way, but picked up nicely, and I thought I would like it, but the harmonica was a big distraction. And When I Die, on the other hand, did the same thing, starting out slow and getting faster, and I loved it.

California Shoeshine Boys was much more upbeat, and was one where I thought the harmonica was great, making it my favorite song on the record. Blowin Away, while not as fast, had a similar style, and it felt like Nyro was doing the work of an entire mid 1960s girl group. Wedding Bell Blues also had a great R&B sound.

It was during Stoney End that it occurred to me what I liked so much about this group of songs: it’s not that they sounded innocent at all – nothing about any of this was innocent – but that it didn’t seem to have any of the cynicism that was already seeping into popular music around this time.