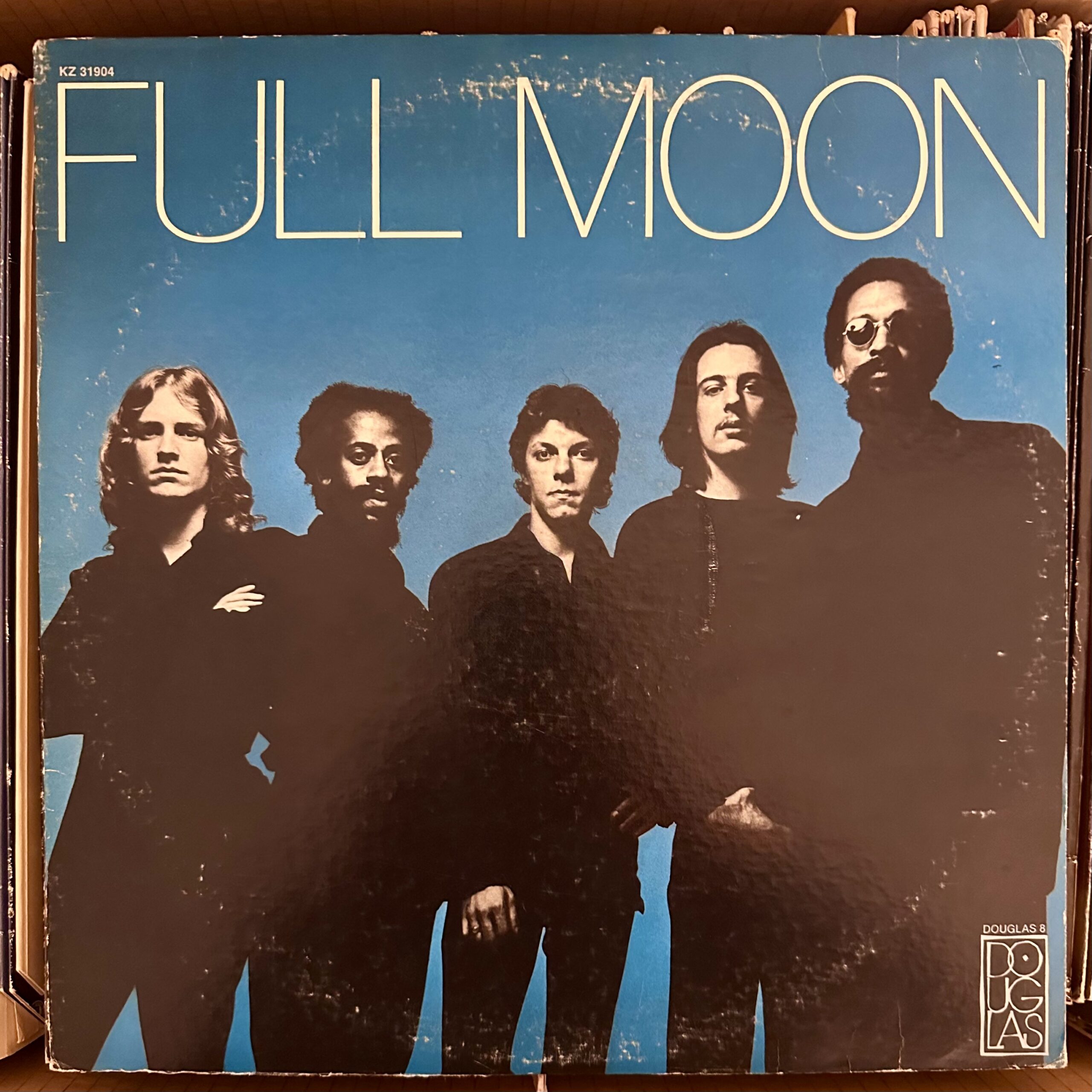 I’ve never heard of “Full Moon” the band, or Full Moon the record, and in fact I’m not entirely confident that I even figured out correctly that this is a self-titled record by a band called Full Moon, because there’s not very much to give it away.

Never judge an album by its cover, but I’m going to guess funk, rock and jazz, largely based on the appearance of the band and on the instruments that they play, which are listed on the back.

A few of these songs were kind of mood music, in the sense that I would expect to hear them in some place, such as a party, where the purpose of the music is less to get people listening to it specifically, and more to fill a place with a certain vibe. To Know was a good example of that: it was pretty boring, with soul-inspired vocals.

Another example was Selfish People, which started out as an instrumental track and then eventually got vocals. It was rhythmic and sounded experimental, and I liked the guitars, so maybe it was more on the interesting side.

Midnight Pass was another instrumental, this time with a bit of a Caribbean sound, but also pretty jazzy. I thought its saxophone was terrible.

Malibu sounded like the opening scenes of a 1970s movie that would be showing some footage of a place with a lot of sun, like Malibu perhaps, and the characters and conflict had not yet been introduced. This one was fully instrumental and also had a pretty good electric guitar solo.

I did not mind the horns in The Heavy Scuffle’s On, and thought the guitars were great.

Take This Winter Out Of My Mind had a more soul style, especially in the vocals.

Need Your Love started with some pretty bad saxophone, then took a while to get a real song going, but ended up sounding like crappy jazz rock.