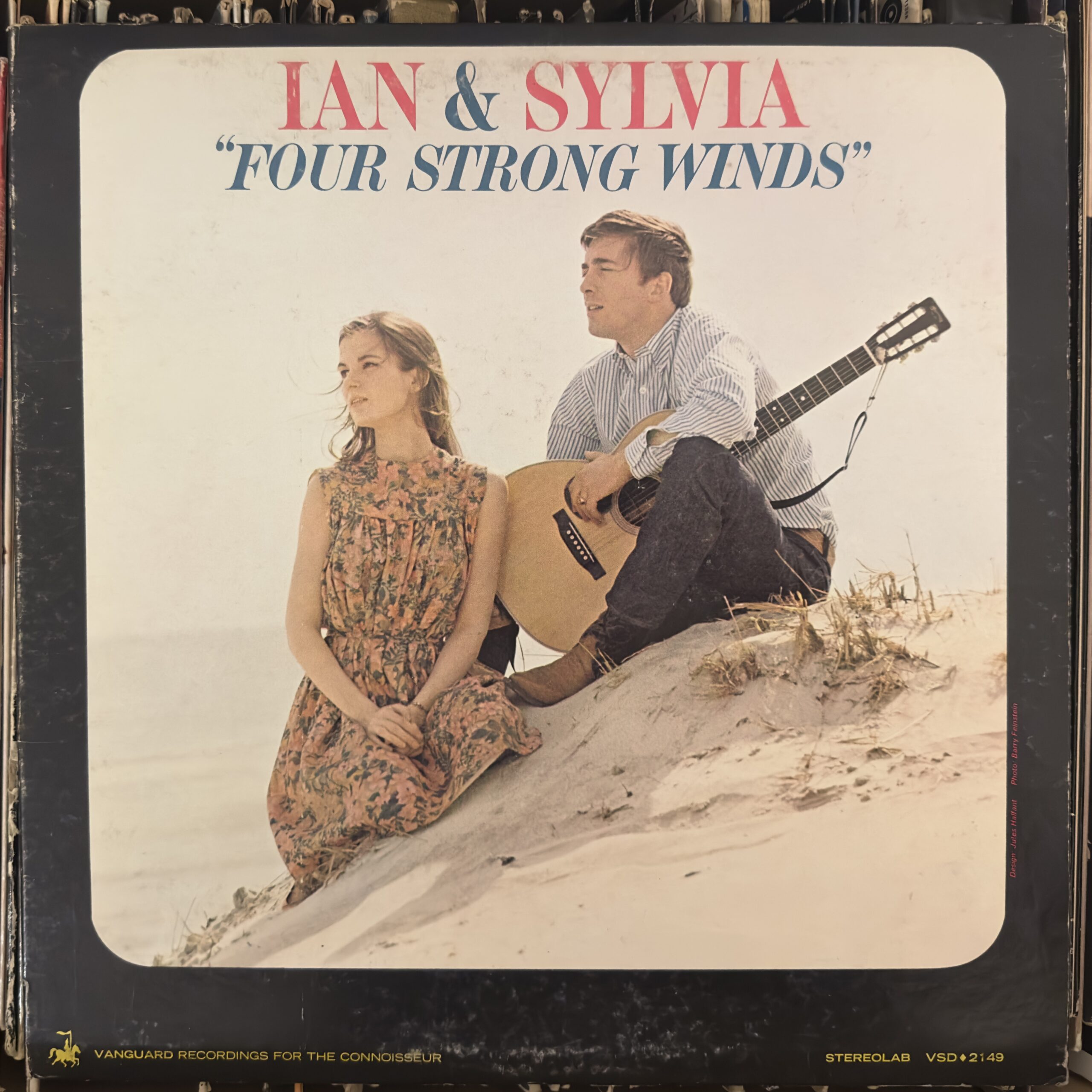 I had never heard of Ian & Sylvia before discovering this record in my parents’ collection.

It was folk, with some country parts and other parts that were more jazzy. Mostly these were modern 1960s-style folk interpretations of older songs from a variety of musical traditions, with the exception of the title song Four Strong Winds, which was the only Ian & Sylvia original song on the record, and that song sounded like music that my grandparents could have enjoyed (and probably did).

J*sus Met The Woman At The Well, their version of a gospel song, very strongly channeled Peter, Paul & Mary.

Tomorrow Is A Long Time – was also on Bob Dylan’s Greatest Hits, Vol. 2, but I didn’t make any note of it then because it was boring, and it still is.

I liked their country style version of Katy Dear.

Their folk version of the gospel song Every Time I Feel The Spirit reminded me so much of the famous Joan Baez and Bob Gibson version of We Are Crossing The Jordan River that I love, even sharing a lyric about the Jordan River being deep and wide, or chilly and cold, all of which are factually inaccurate. But why aren’t there more folk versions of gospel songs?

I hoped that I’d like The Greenwood Sidie (The Cruel Mother), a traditional English song, because I live near Green-Wood Cemetery, but I strongly disliked their a capella approach.