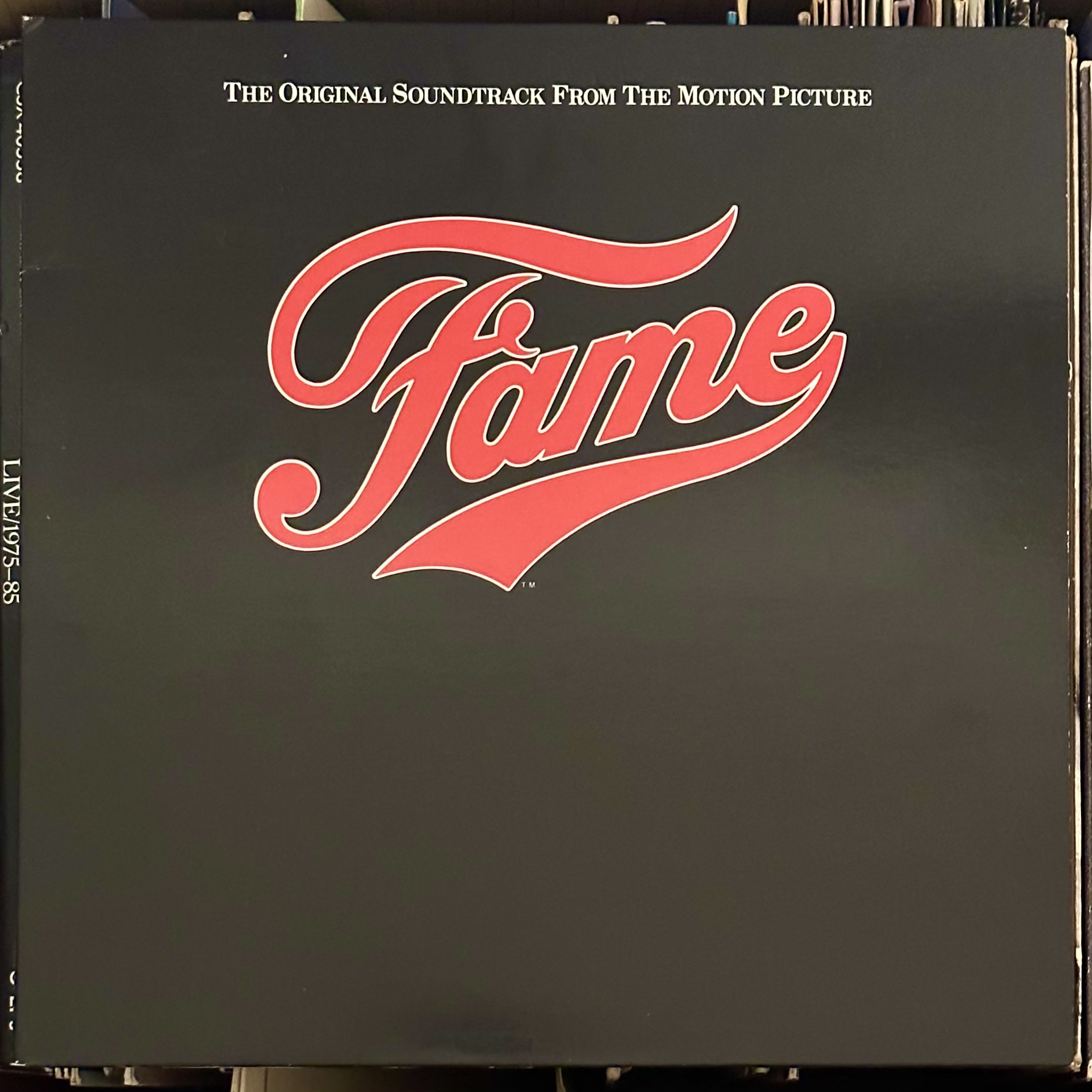 I have heard of the movie Fame, but I’ve never seen it, and do not think that I have heard any of the songs from its soundtrack.

I did actually recognize the chorus to the title track Fame (“I’m gonna live forever…”), a very straightforward and simple techno song.

That was the only song that I would describe just as techno, but the two disco songs, Hot Lunch Jam and Red Light, also had a techno sound to them. I guess by the very late 1970s and early 1980s, techno and disco might not have been all that distinct from each other.

Several others sounded like show tunes to me: Out Here on My Own, which was piano focused and jazzy; Never Alone, which had a gospel style choir; and I Sing the Body Electric.

Is It Okay If I Call You Mine? was in a folk style, and incredibly boring. Ralph and Monty (Dressing Room Piano) was a piano instrumental, but very short.

Dogs in the Yard was easy listening, the most bland thing that could possibly be called a song.

Someone should make a parody of this movie, call it Shame, and just not change any of the music.