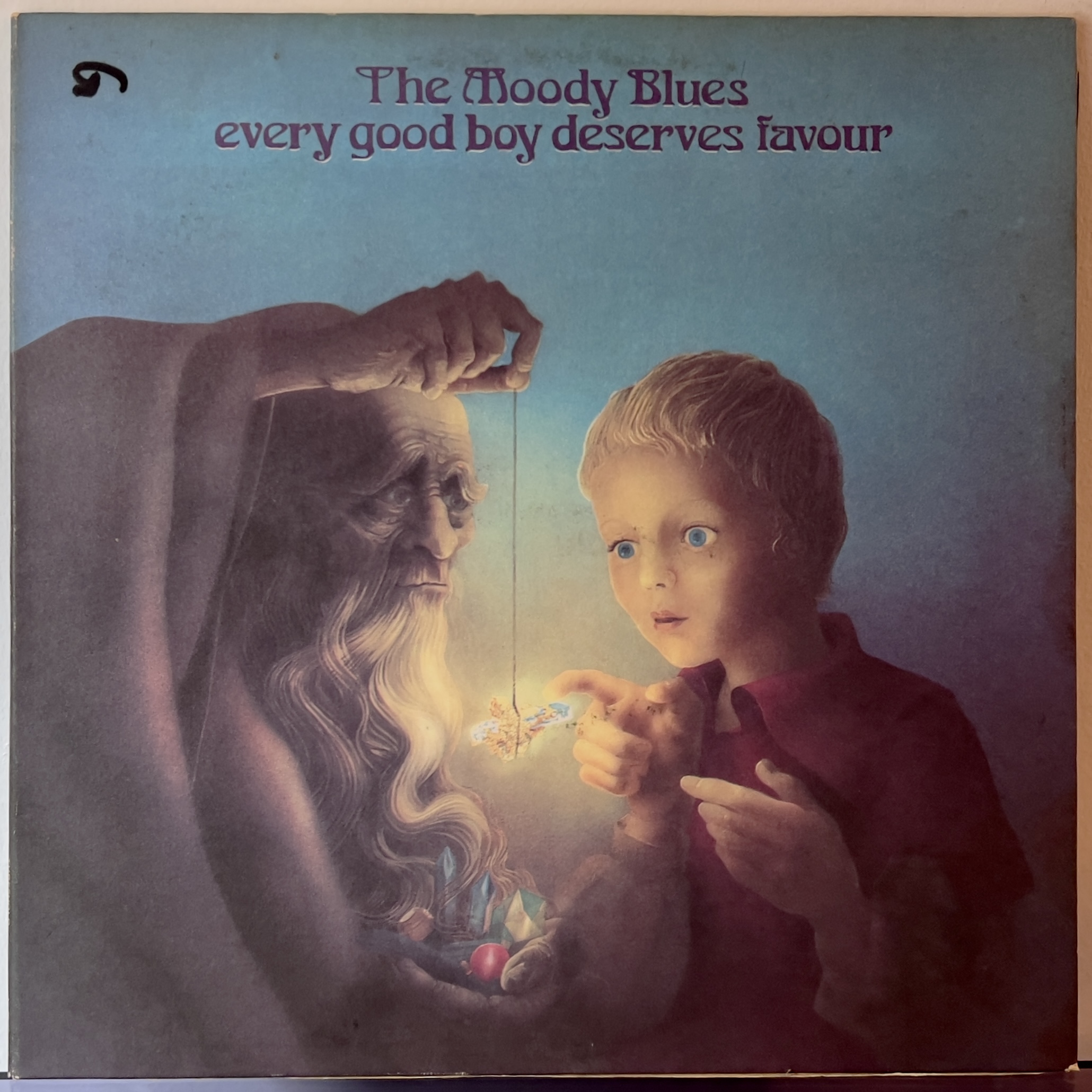 I’ve previously reviewed two Moody Blues records: On The Threshold of a Dream and a compilation called This Is The Moody Blues. My general impression is that they had some good parts, but that the self conscious weirdness (“Space Oddity vibes”) detracted significantly from the overall experience.

That was basically right, and Procession, the opening track, was exactly what I meant; it would be difficult for me to imagine a dumber song than this. One More Time to Live must have been their attempt to do that: it’s an attempt to see how many words they can rhyme with “Desolation” (answer: a lot).

The Story in Your Eyes, however, is about as good as progressive rock gets: coherent, rhythmic and melodic, and with a guitar riff that evokes the Allman Brothers (or something) – which is far better than Our Guessing Game, which I kept thinking was about to turn into Somewhere Over the Rainbow (and not the ukulele version by that extraordinarily large Polynesian fellow on youtube, but rather the version you remember from “The Wizard of Oz”).

Emily’s Song was familiar to me, though I don’t think this is the version I’ve heard in the past, and very Beatlesque.