You are here: Home / Music / Desperado by the Eagles (Vinyl record album review) 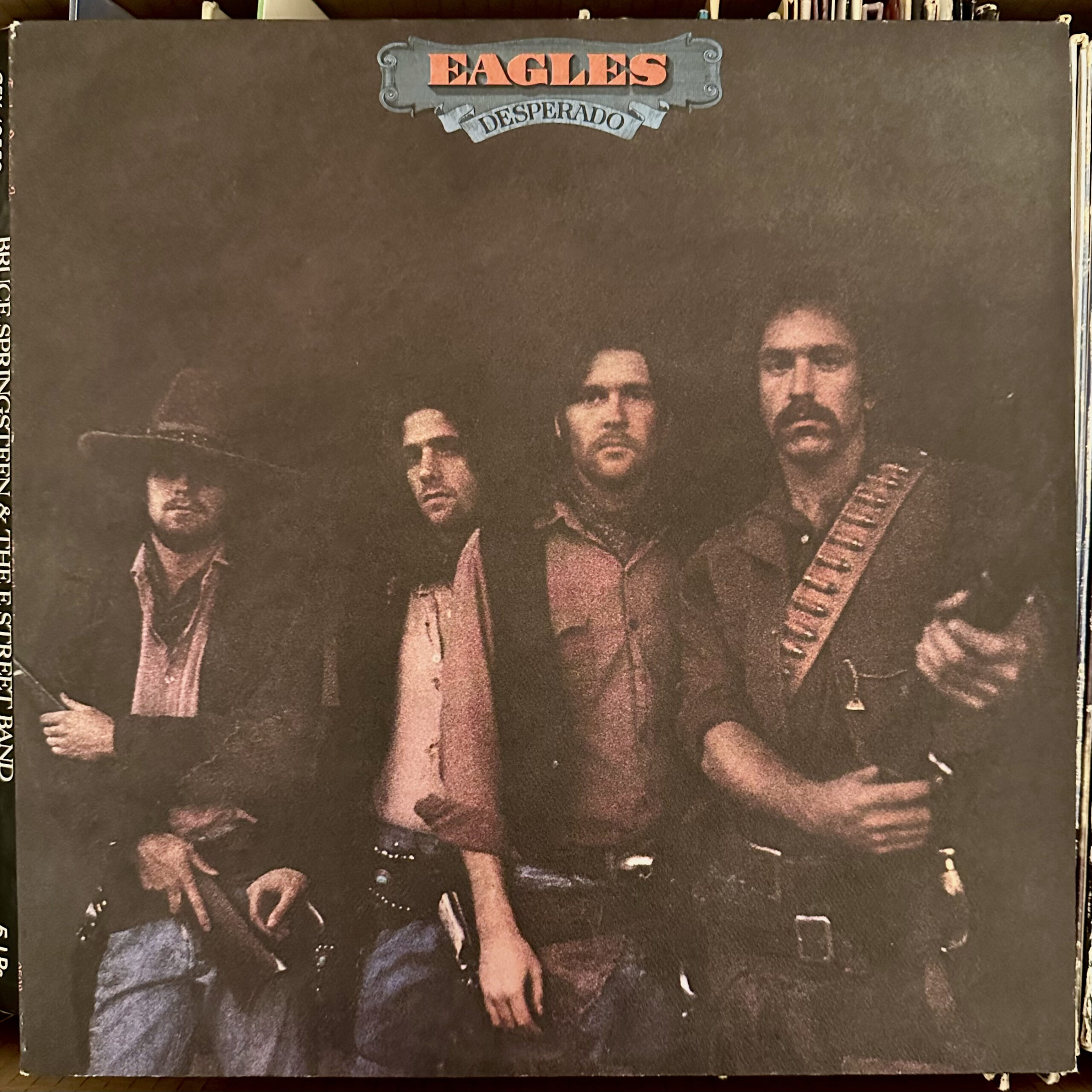 I’ve never heard this record before, but I think I might know the title track Desperado, which was covered on Don’t Cry Now by Linda Ronstadt.

The “desperado” is an archetype of the American west, so I’m guessing country and western music, but more western than country.

I did recognize Desperado, and this was the first time that I had ever listened to it closely, so the first time I ever realized that it’s actually not a good song and has no redeeming value. I suspected that people might only like it because of the rhythmic delivery of the single word “desperado.”

Doolin-Dalton was a vaguely Neil Young-like country rock song with some harmonica, but it was pretty boring.

Not surprisingly, then, Doolin-Dalton/Desperado (Reprise) was also pretty bad. In particular, the reprise version of Desperado was quite worse than the first version.

On the other hand, the very short instrumental version of Doolin-Dalton was a pretty great bluegrass song, the best track on the record, while Twenty-One was more of a bluegrass-style rock song that I thought was pretty good, with excellent banjo and slide guitar, but I wonder did what it would have sounded like without the drums.

Out of Control was much more of a hard rock or stadium rock song, and at first I found it tolerable, but then I imagined people listening to it and making air guitars, which made me want to stop listening.

Tequila Sunrise should have been faster, but at least its folk rock style made me think of California.

The ending part of Outlaw Man, after a pacing change, was fast and good.

Saturday Night and Certain Kind of Fool were both kind of empty, but the latter had a similar rhythmic delivery to Desperado.

The weirdest song on the record was Bitter Creek, which sounded like one of the rejects from a CSNY record, and which seemed to be an ode to peyote[1]. It had a good acoustic guitar solo at the end.