You are here: Home / Music / A Pause in the Disaster by The Conception Corporation (Vinyl record album review) 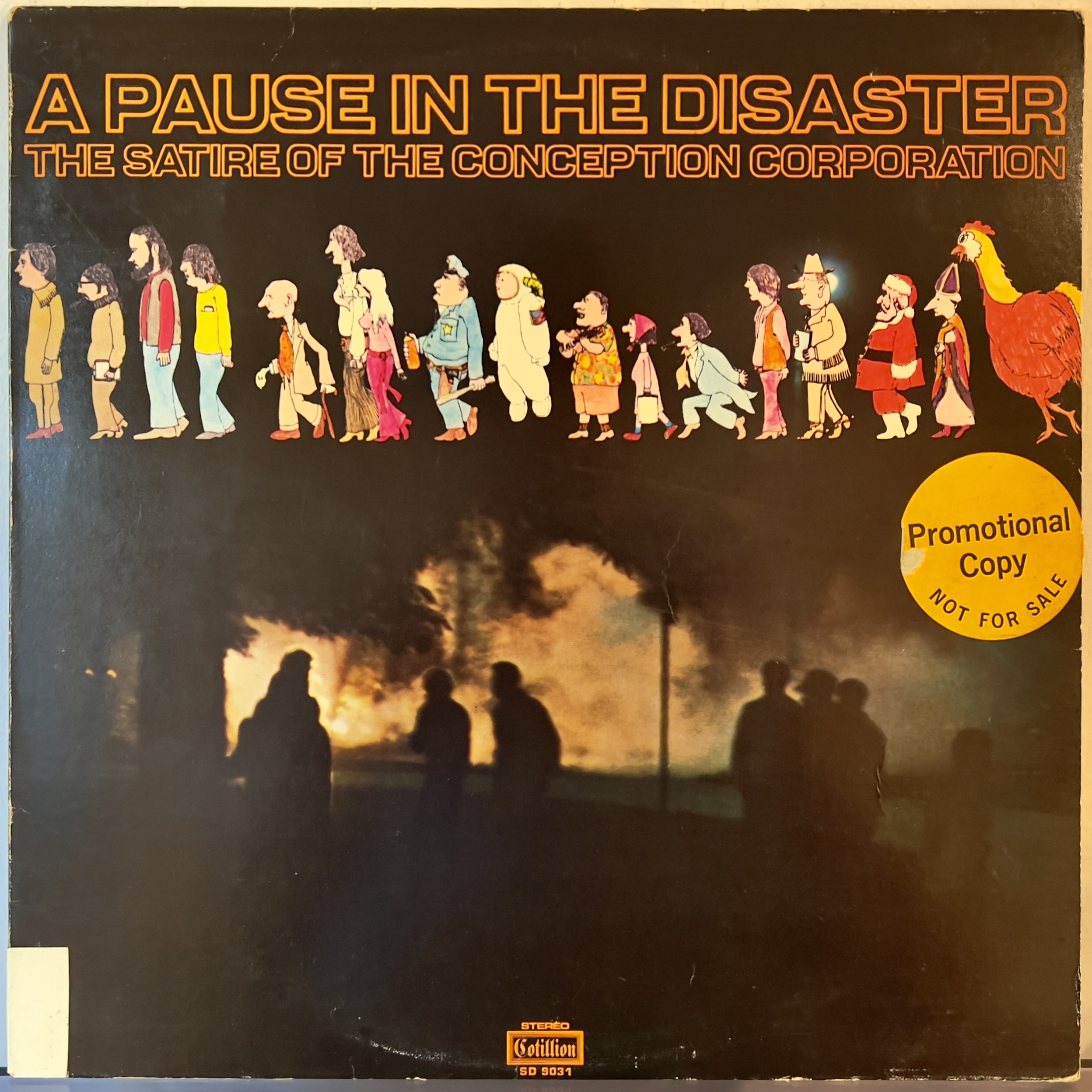 I have no idea what this is.

I want to believe that this is going to be some kind of music that I may or may not enjoy, but I’m afraid it’s going to be hippy humor.

It was hippy humor (and one of the… creators? members? of “The Conception Corporation,” named Howard J. Cohen, looks eerily like my father, who was also a hippy).

What was the subject of the hippy humor? A Pause in the Disaster included lots of jokes about:

There were also a lot of sound effects, though nowhere in the same league as many as on A Child’s Garden of Grass: A Pre-Legalization Comedy by Jack S. Margolis.

The racial humor was… pretty edgy, but without being very funny.