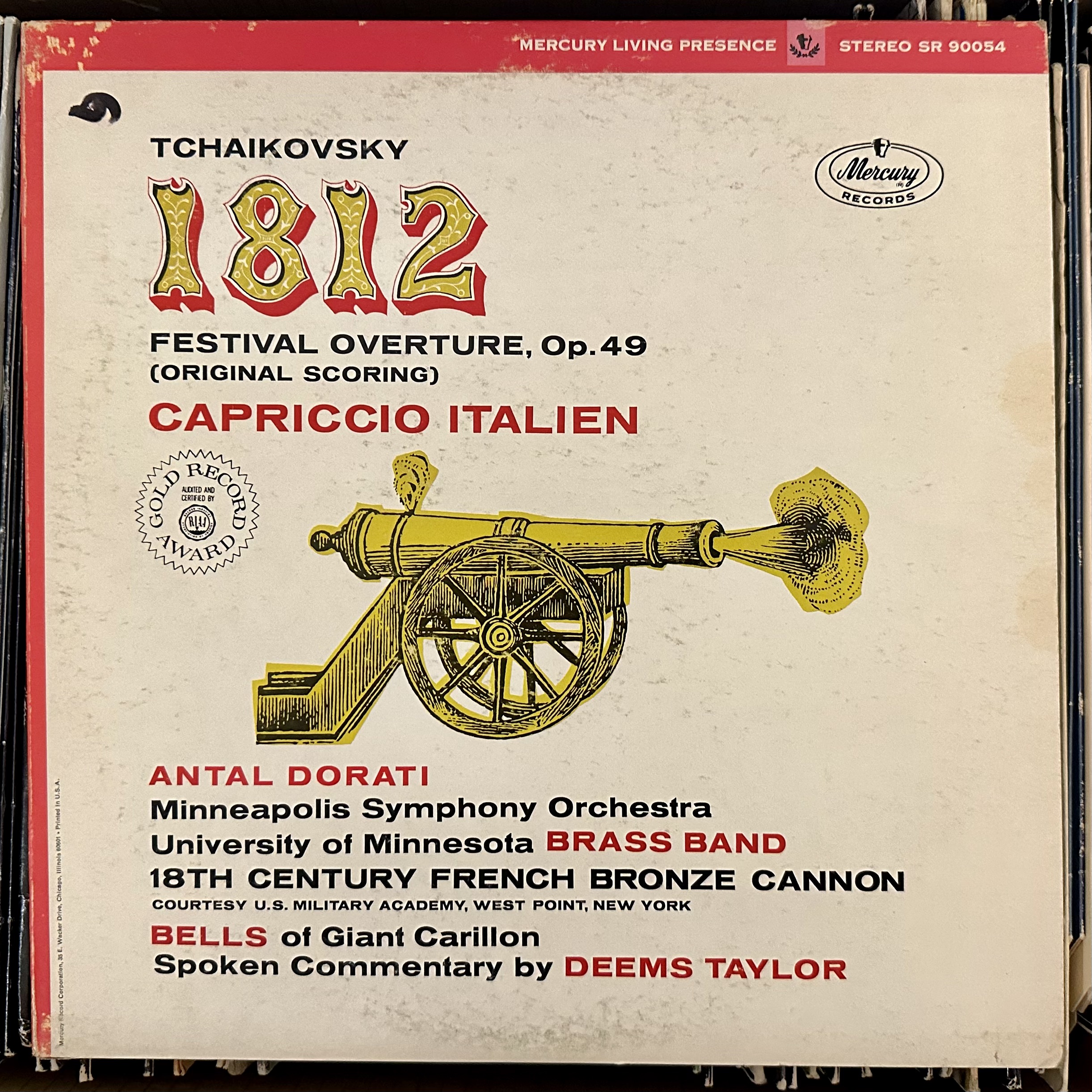 This music often accompanies fireworks at American Independence Day celebrations, and though I’m an opponent of American independence now, I grew up supporting it, so I’ve heard this a lot. The famous part is one of probably fewer than 20 pieces of classical music that I can whistle from memory.

The famous part is actually only a small bit of the overture, so I expect it to be kind of like a record where there’s one good song among a dozen mediocre songs.

The 1812 Overture itself took up part of side A, with the rest of side A and all of side B devoted to an extended explanatory narration that I didn’t consider interesting or necessary at all.

The main thing that stood out to me about the overture was how much of it I recognized – not just what I considered “the famous part,” but lots of different parts that were longer than musical phrases, but shorter than song length.

Overall, the quality of the recording was not spectacular – it sounded pretty muffled – and side B was fairly scratchy and kept skipping, so I couldn’t make out all of it.