You are here: Home / Music / Willie Nelson’s Greatest Hits (& Some That Will Be) (Vinyl record album review) 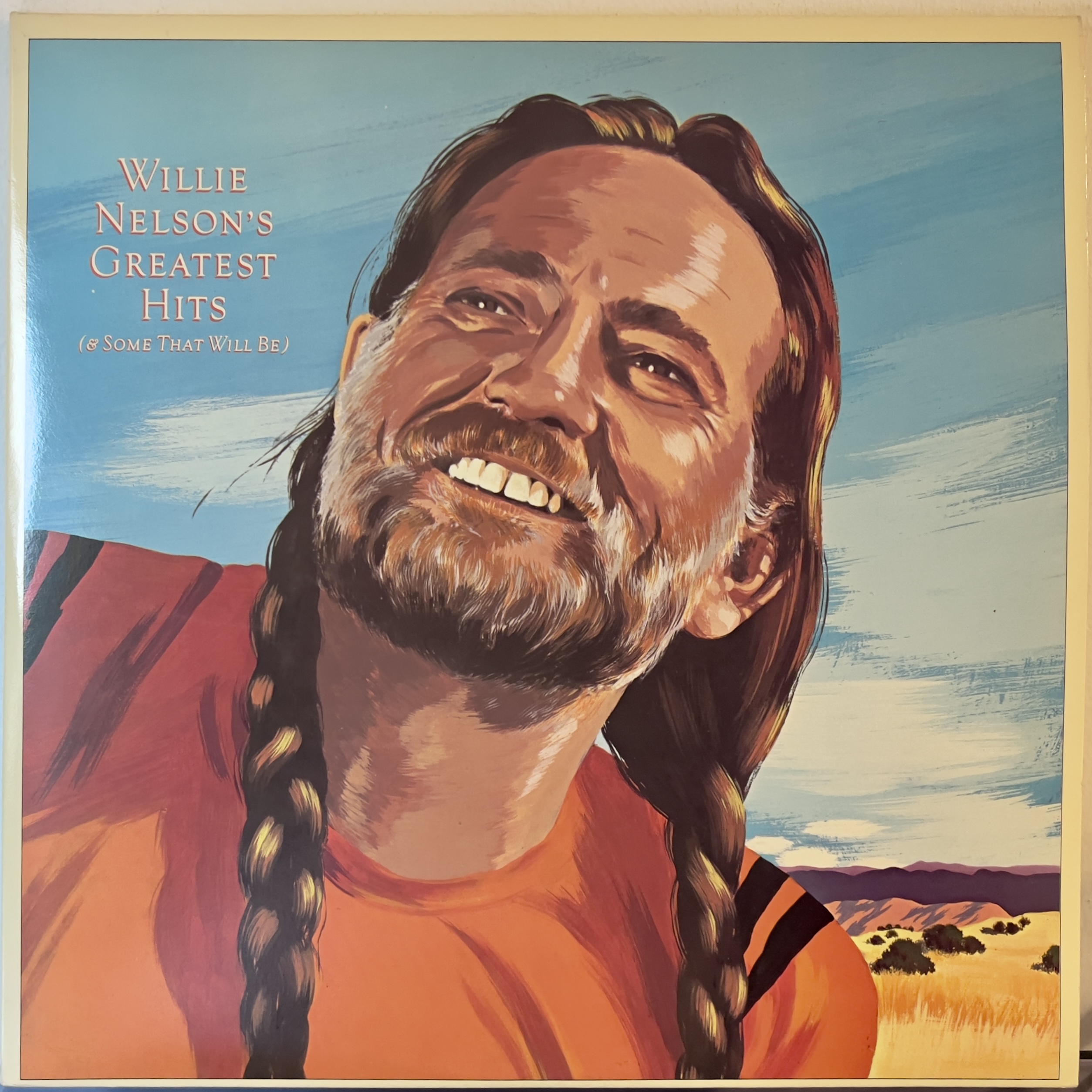 I listened to Willie and Family Live a few months ago and loved it, and that was the only time in my life that I’ve ever given much thought to Willie Nelson.

I put the first side of this compilation on, started filling out the details above, and I was just reading what I wrote back in June about how Whiskey River got included twice on the previous Willie Nelson record, and then Whiskey River started playing on this one… so that was a good sign! Besides that one, I was very pleased with the fast tempo of Good Hearted Woman and thought it was the best song on side 1.

My favorite song on side 2 was Mammas Don’t Let Your Babies Grow Up to Be Cowboys, which I’ve always considered to be an incredibly silly song whose humor builds with every additional exhortation to the singer’s fictional audience of… mammas. And it’s catchy!

The second disc of Willie Nelson’s Greatest Hits (& Some That Will Be) was in general much slower and more boring than the first disc, but at least side 4 picked up extremely nicely with On the Road Again, which I think might be the Willie Nelsonest song that Willie Nelson has ever sung, and which has a wonderful percussion part that almost makes me feel like I’m on the road, despite barely having left New York City since 2019.

I didn’t care very much for his version of Heartbreak Hotel, though, even though I liked how much more of a rock song he made it than Elvis Presley’s version – I just think it’s weird to hear any voice singing this song than Evlis’s.

I also really enjoyed the final song, Stay a Little Longer, which I just heard a couple weeks ago on Hall of Fame by Bob Wills & Tommy Duncan and which I couldn’t quite place in my memory at the time, but which I now realize I probably knew all along as a Willie Nelson song!