You are here: Home / Music / The Story Of Tutankhamun (Vinyl record album review) 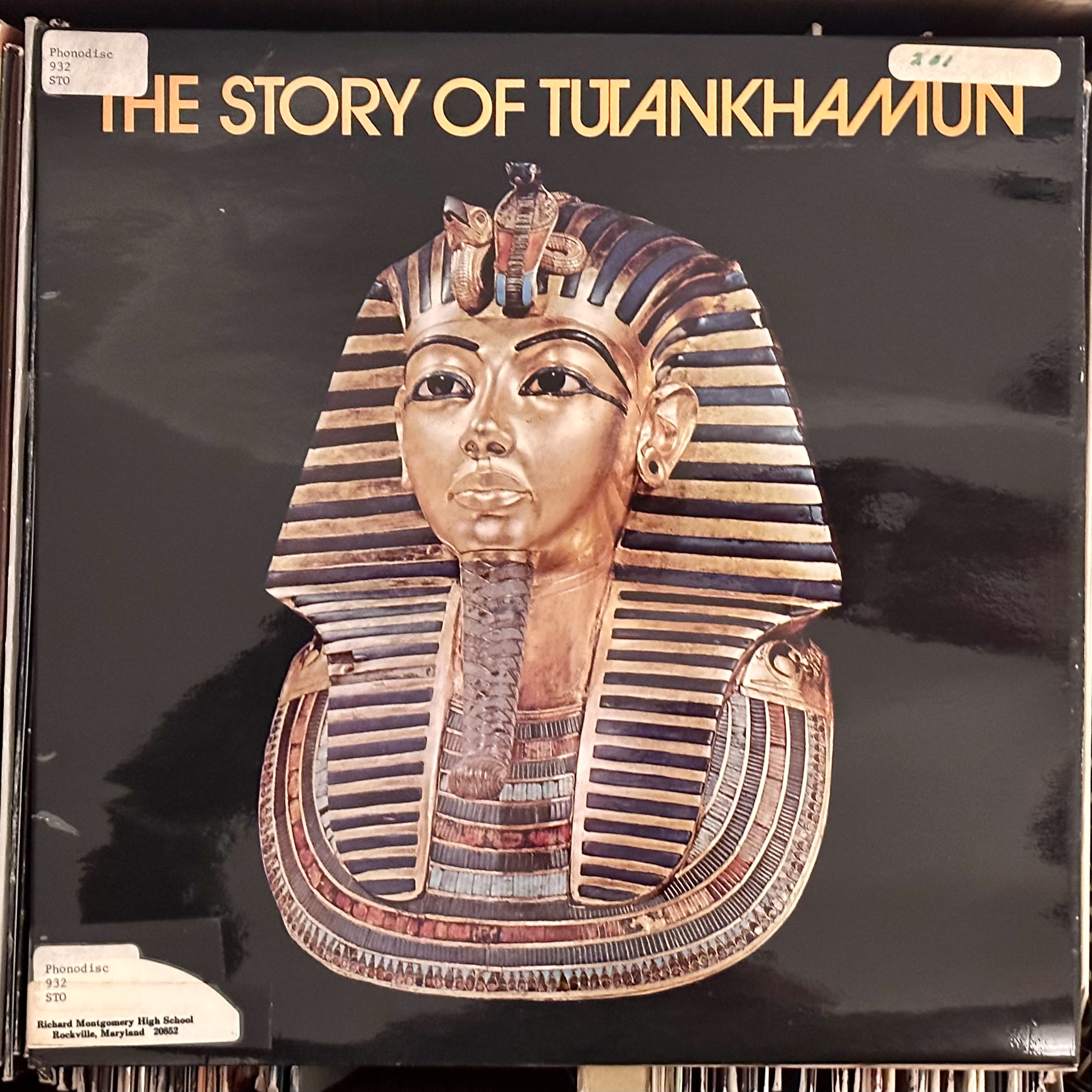 I guess some easy-to-follow lectures regarding Tutankhamun, the religious changes in his kingdom and corresponding name changes, his ill health and early death, discovery of his tomb, and speculation about what greater meaning can be determined from studying him.

Also, it’s wonderfully fitting to be listening to this right now in November 2022, as this month is the one hundredth anniversary of the expedition that explored Tutankhamun’s tomb in 1922.

I expected this to be basically academic, if intended maybe not for an audience of trained historians, then at least for students of history at the secondary or collegiate levels who had the wherewithal to listen to some information about history and integrate it into a broader historical understanding of an era and/or region. I expected the topics covered to include, as I mentioned above, several of the fascinating aspects about Tutankhamun and his totally unique time in Egyptian history, and the totally unique discovery of his tomb, presented against a backdrop of his near complete absence from the historical record, and the various questions raised by that absence about the religious innovations of his immediate predecessors and reversions of his immediate successors.

This was essentially a work of melodramatic historical fiction, and almost every “historical” aspect of it was in fact entirely speculative. For example, it consisted largely of music – both instrumental and vocal – that was supposed to represent royal musical traditions of Bronze Age Egypt, about which almost nothing is known, besides the fact that certain instruments existed and were probably played. All the drums, and cymbals, and chants on the record were dramatizations meant to establish a mood, rather than to inform or educate.

And that, I think, gets to the core of something that I have detested about how history is presented in schools since I was in school: experiential learning. This is a pedagogical philosophy that is prominent in history, but also present in many disciplines, promoted by people who became teachers because they had no marketable skills and had only ever succeeded at kissing their own teachers’ asses. These people have no passion for their own subjects – they have only ever been passionate about rule-following – and no genuine interest in learning, so their grand idea is to provide and promote “experiences” instead of information, hoping that some information will magically filter through and, having been “experienced,” then be remembered. It treats children as idiots who are fundamentally uninterested in learning and who need to be entertained instead, with the only way to educate being to slip a few facts into the entertainment. It’s utter shit; children despise it, and while I don’t doubt that most would snooze through a lecture about history, at least a lecture about history is about history.

Anyway, in summary, this record was not what I would consider educational, in the sense that listening to an actor read a script in which he pretends to be Tutankhamun does not have any substantial educational value. It might even be anti-educational, in the sense that someone who listens to it would be likely to walk away with the feeling of just having encountered scholarship, but knowing nothing at all about the many historical questions and complexities surrounding the study of Tutankhamun, his life and times, and his tomb’s unlikely preservation and discovery.

It was also unnecessarily melodramatic. I could barely tolerate even 15 seconds of it, and almost didn’t bother playing the second side.