You are here: Home / Music / Studio Sessions Volume One by The Beatles (Vinyl record album review) 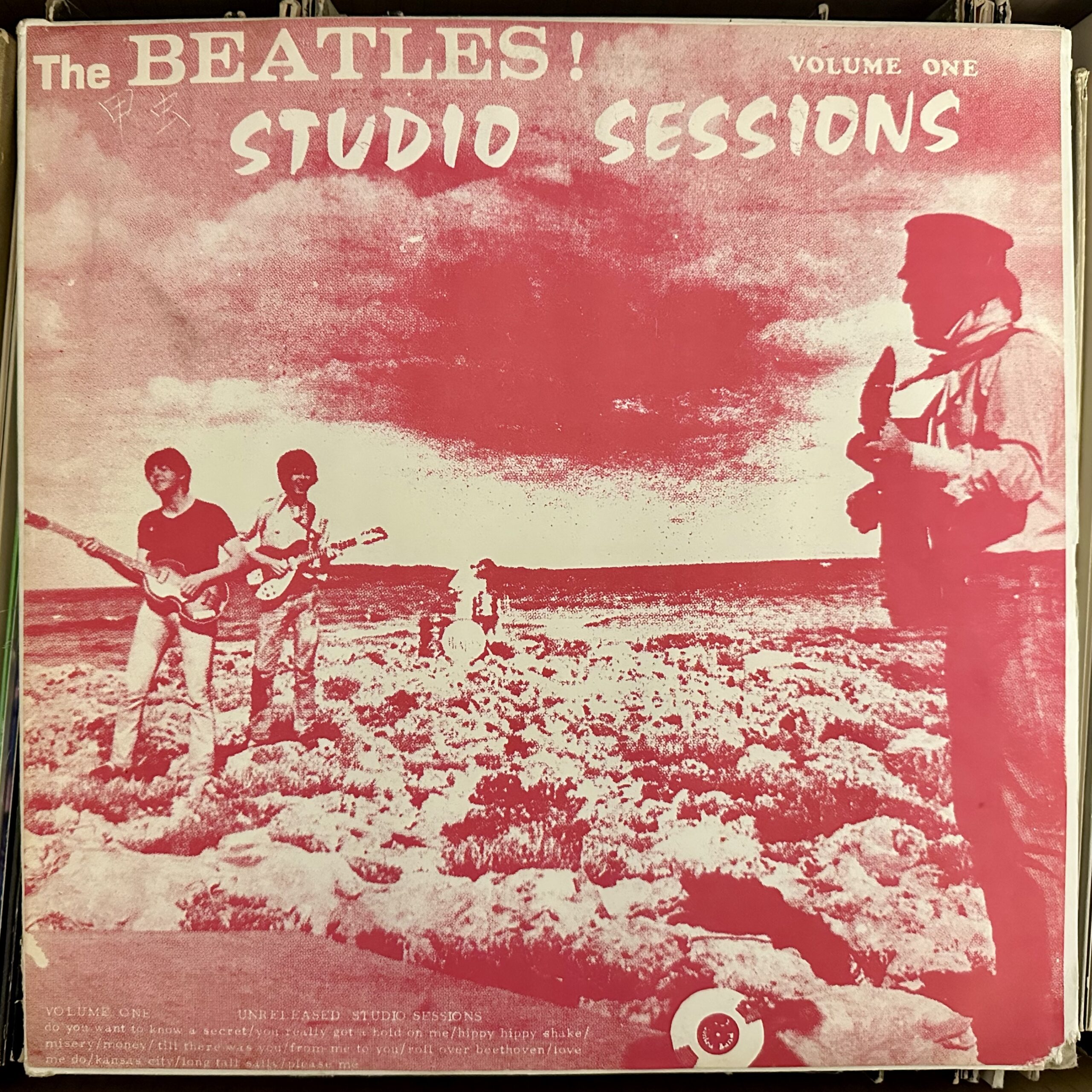 I’m not familiar with this record at all, but like MORE get back session, it appears to be a bootleg that came from the collection of a certain William H. Butler III.

Based on the track list, my guess is that these recordings were done around 1962-1964 (though this source has them recorded in two sessions on 24 May 1963 and 24 June 1963). My hope is that they will be release quality material, but alternate versions that I have never heard before. Realistically, though, I assume they will be more like the MORE get back session, that were lower quality demos.

Listening to this was really cool, particularly because I strongly prefer the early Beatles era to the late Beatles era (though middle Beatles still of course remains the best Beatles). The audio quality was not very good, but it wasn’t so bad that I couldn’t follow along. Piano seemed to be missing in a lot of places, as was a lot of the percussion, particularly the cymbals. Somehow the music just didn’t seem to pop like it does on their records.

The track list was also slightly out of order: Do You Want to Know a Secret was printed first on the album, but was actually the sixth track. And “Please Me” was a typo on the album (it should have been Please Please Me).

Several of the songs sounded relatively quite close to their release versions, like Till There Was You and From Me To You. Misery was also pretty close, but not as tight as I’m used to hearing. Do You Want to Know a Secret sounded well rehearsed.

You Really Got a Hold on Me, which is one of my favorite songs, was slower than the release version and more acoustic. Roll Over Beethoven was also more acoustic, but had the same tempo as the release – without the clapping.

Money was pretty rough, and I could almost hear the percussion and guitar work coming together with the vocals. Love Me Do was slow and the vocal harmonies had not come together yet. Please Please Me‘s guitar part was not there yet, and the harmonica needed a lot of work. Kansas City was a bit too slow.

Long Tall Sally was not on a canonical Beatles release, but it was part of Past Masters. The audio for the vocal part of this version was not good, which is such a shame because Paul’s voice is so crucial to the Beatles’ take on the song.

And I never even knew that the Beatles recorded a version of Hippy Hippy Shake is not a song that I knew, but here is a version that’s pretty similar to what I just heard.