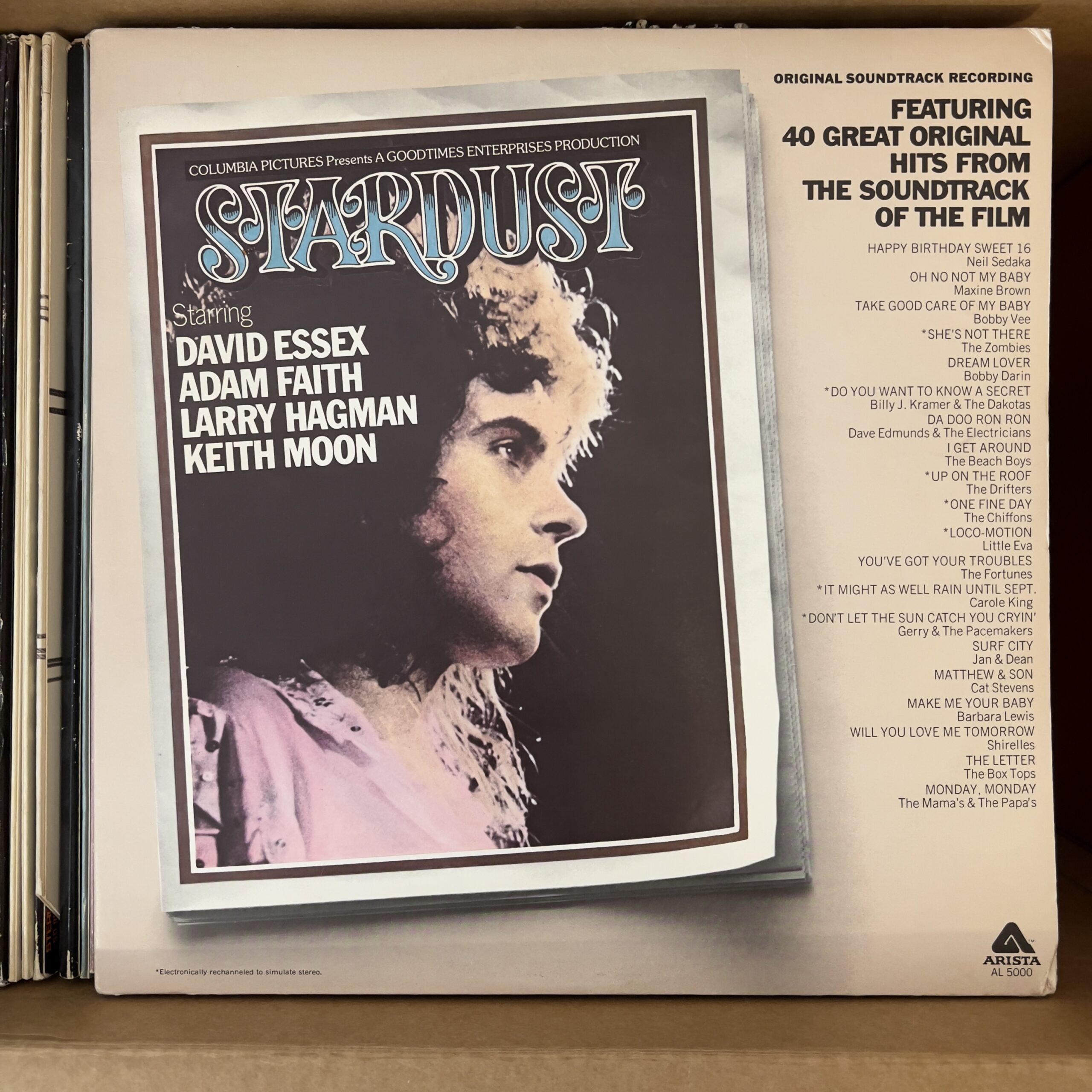 This is the soundtrack to a movie called Stardust, which I’ve never seen and about which I know nothing. It doesn’t seem to have anything to do with Ziggy Stardust or Ellen’s Stardust Diner.

I recognize a lot of the songs on this double-album soundtrack and a lot of them are great, but then there are a whole bunch of others that don’t ring a bell at all.

This four-sided record started off with a bang! Here are the hits that I loved from side one:

Side two was weaker, but it still some good songs, like:

Then side three gained even more steam, with these hits that I loved:

So what happened to side four? Why did I know none of its songs at all, and why did I like only a single one of them, Some Other Guy by the Stray Cats? Life is a mystery.