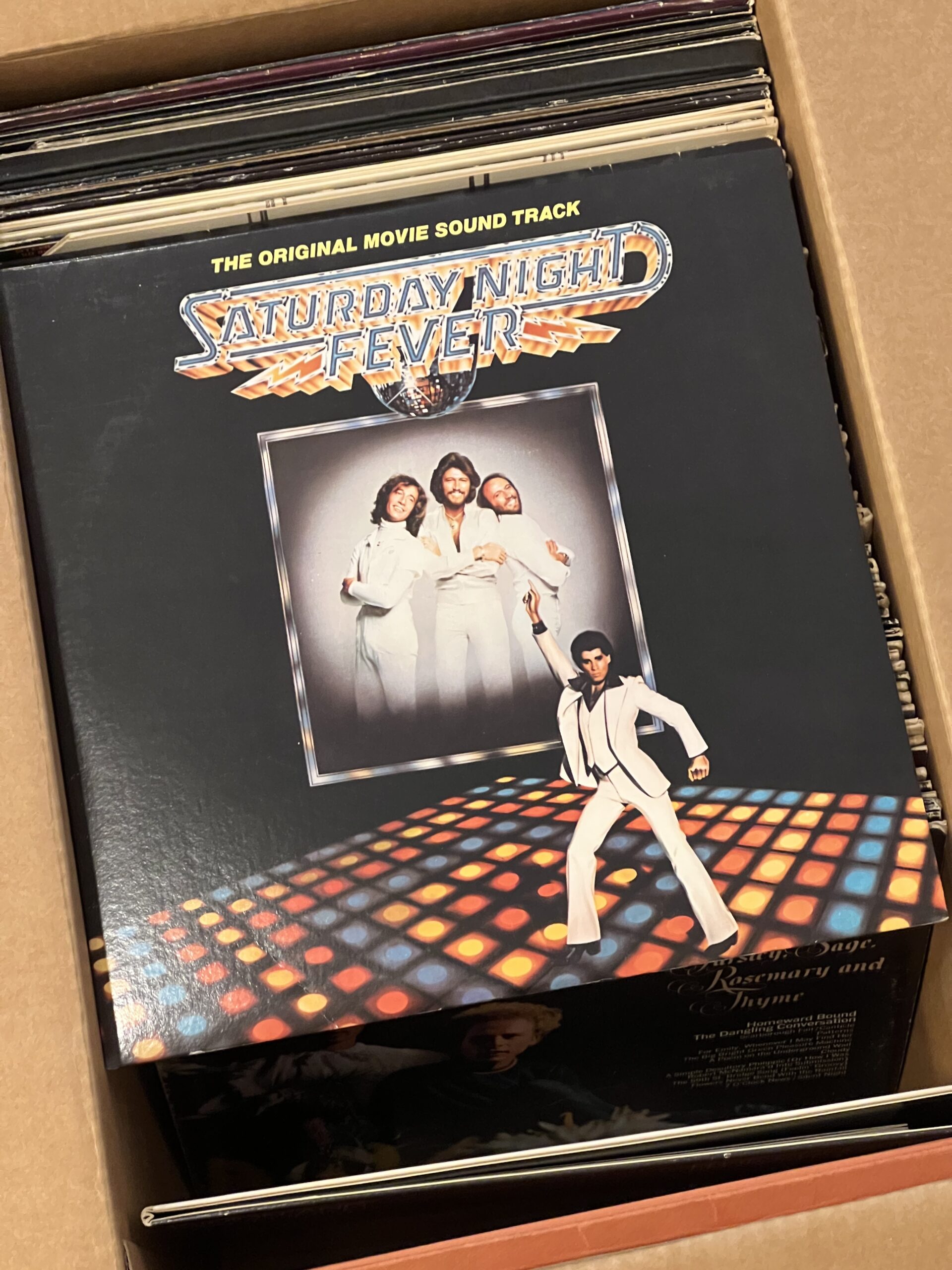 I think everyone knows of Saturday Night Fever the movie, knows that the Bee Gees did the music for it and knows that John Travolta was in it. I’ve never actually seen the movie or listened to its soundtrack, but assumed I would have heard most or all of the songs from it.

I respect disco music as an art form and don’t think there’s anything defective about people who enjoy it, but as far as musical art forms go, at least within western pop music from the second half of the XX century, it’s difficult to think of a genre that I find less appealing aesthetically.

So I did not expect to enjoy this record, and listening to it, I slowly started to develop a sense for exactly what it is about disco that irritates me: it’s the preening. Yes, disco is repetitive and unoriginal, but the Ramones are repetitive and unoriginal, and I like them a lot; disco is artificial, but Baba O’Riley is artificial, and I like it a lot; disco inserts a brass section where it doesn’t seem to belong, but the Pietasters do that, and I like them a lot. So when I say “preening,” I mean that the entire raison d’etre of this music is to get people to strike a pose on a dance floor, and at every bar in every song on this entire record, I couldn’t help but imagine a crowded and sweaty room with flashing lights, filled with people who are all style and zero substance, showing off for each other in their outfits made of synthetic fabrics.

I wasn’t sure I would make it through all four sides, but I did. The closest I came to turning it off was Disco Inferno by The Trammps. K.C. & The Sunshine Band’s Boogie Shoes was the least bad song.