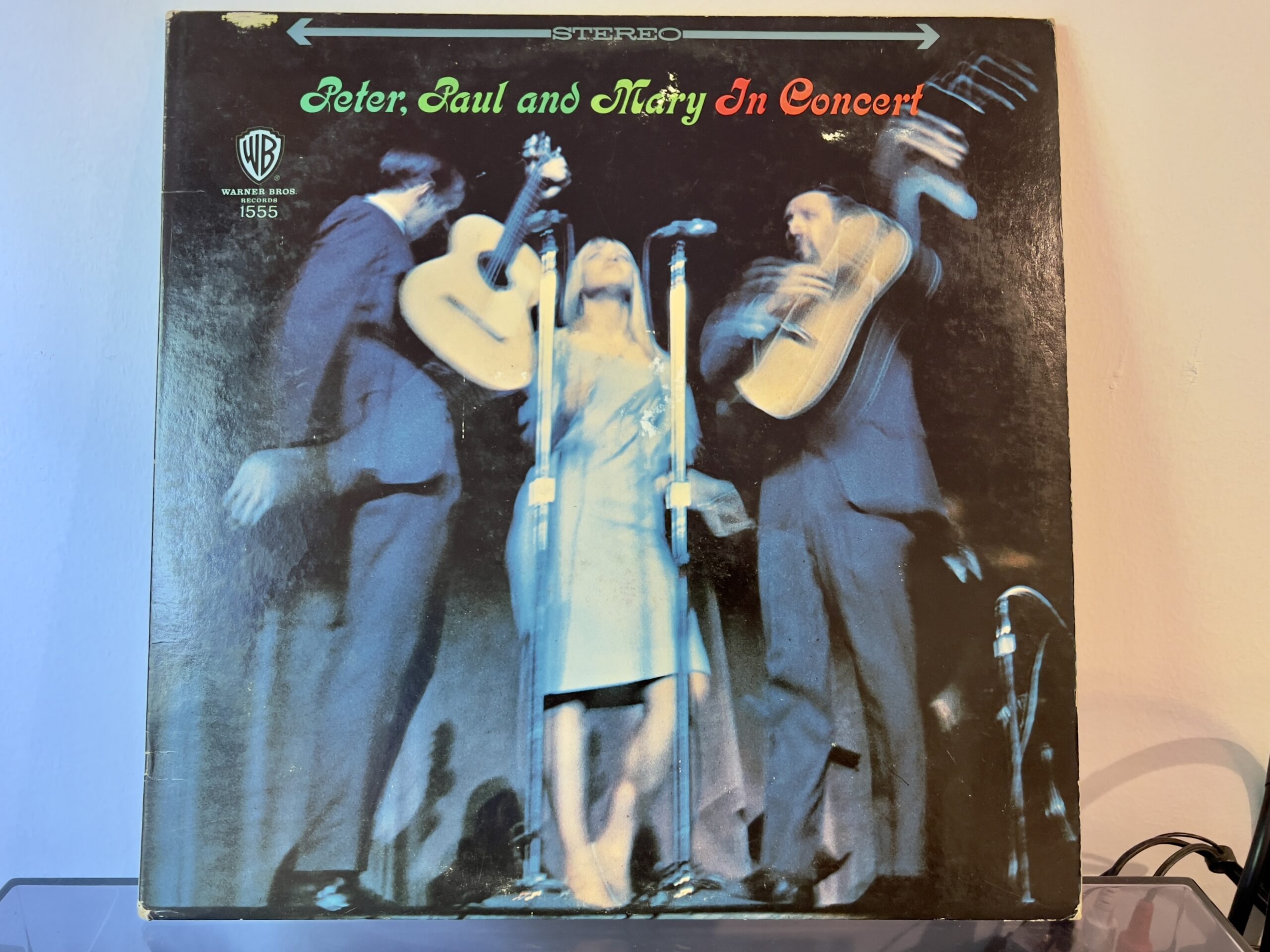 Peter, Paul and Mary were and remain a favorite of my mother’s (and she asked me to find a copy of Le Déserteur when I mentioned that I was listening to this record), so I know their work, but haven’t ever listened to this live record specifically.

The last time I listened to a Peter, Paul and Mary record I was delighted to hear 500 Miles, and I had the exact same reaction this time. I also loved Oh, Rock My Soul, One Kind Favor and (maybe my favorite) the final song on the fourth side, If I Had a Hammer.

On the other hand, they do a lot of children’s songs, and I’m not a child so I’m much less into those. This two-record album would have been far better if they had thought to group all of those – Car-Car, Puff, the Magic Dragon and It’s Raining – on one of the four sides. Additionally, listening to Paultalk was a complete waste of my time, so I wish that track had been grouped with the children’s music.