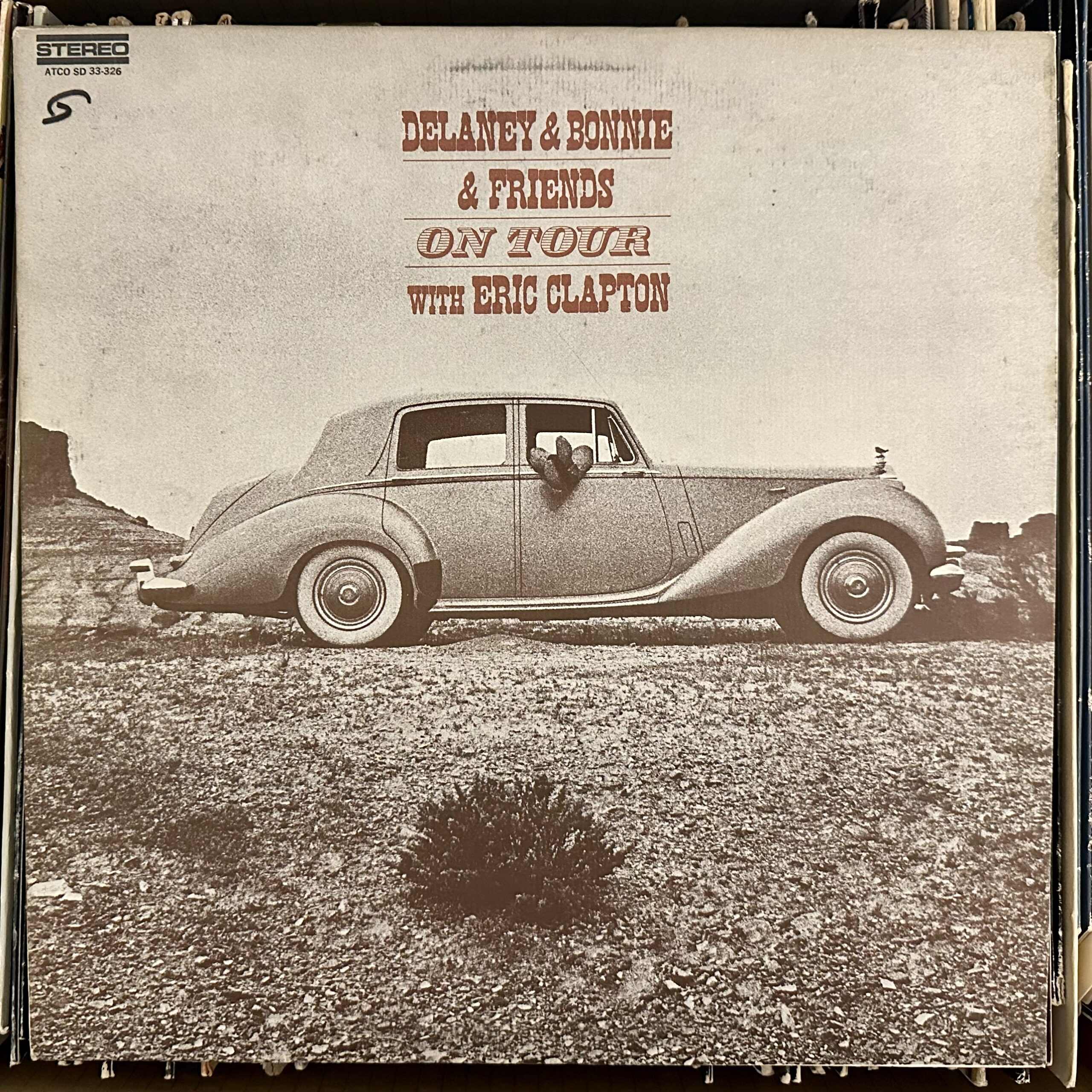 I’m pretty familiar with Eric Clapton, but I’ve never heard of Delaney & Bonnie or this record.

This live record was phenomenal. Was it blues rock? Sure, I guess, but it was really a soul record. Is electric soul a thing? Maximum soul? Whatever the term for it is, I’m so impressed by it and, like Sweetheart of the Rodeo yesterday, it was extremely consistent, so most of the positives about any single song generally applied to the rest of them.

I loved the bass line on Things Get Better that was behind me and to my left, and the fast tempo, and the guitar blasting through my right speaker.

Poor Elijah – Tribute to Johnson (medley) had a fantastic guitar riff, and I loved the drumming. It was so good! Here’s an acoustic version that I’ve got playing as I write this.

Only You Know and I Know had some excellent and really intricate guitar work, with phenomenal drumming, and I loved how the guitars sang to the drums.

There was a beautiful guitar solo on I Don’t Want to Discuss It, which was much more of a soul song, – but electrifying! I was so happy with how they electrified it.

Another one that had an excellent danceable soul sound was Where There’s A Will There’s A Way, and Comin’ Home was another with an amazing guitar riff.

I knew before I even started playing the record that I would love Little Richard Medley – Tutti Frutti/The Girl Can’t Help It/Long Tall Sally/Jenny Jenny, but having heard it, I would have given the whole record 5 stars just for it (and here’s the cover of Tutti Frutti that I listen to most).

That’s What My Man Is For was the slowest song on the record – I knew there would be at least one slow song on it – but I still thought the vocals were fantastic and the pounding drum was perfect.

If there’s anything that detracted from the record overall, maybe it was the horns. I did like them at some points, but thought they were a little over used by around 25%.

This was an outstanding record and, though there was nothing metal about it, I can easily tell how it would have been a major influence on what later became heavy metal.