You are here: Home / Music / Last of the Red Hot Burritos by The Flying Burrito Brothers (Vinyl record album review) 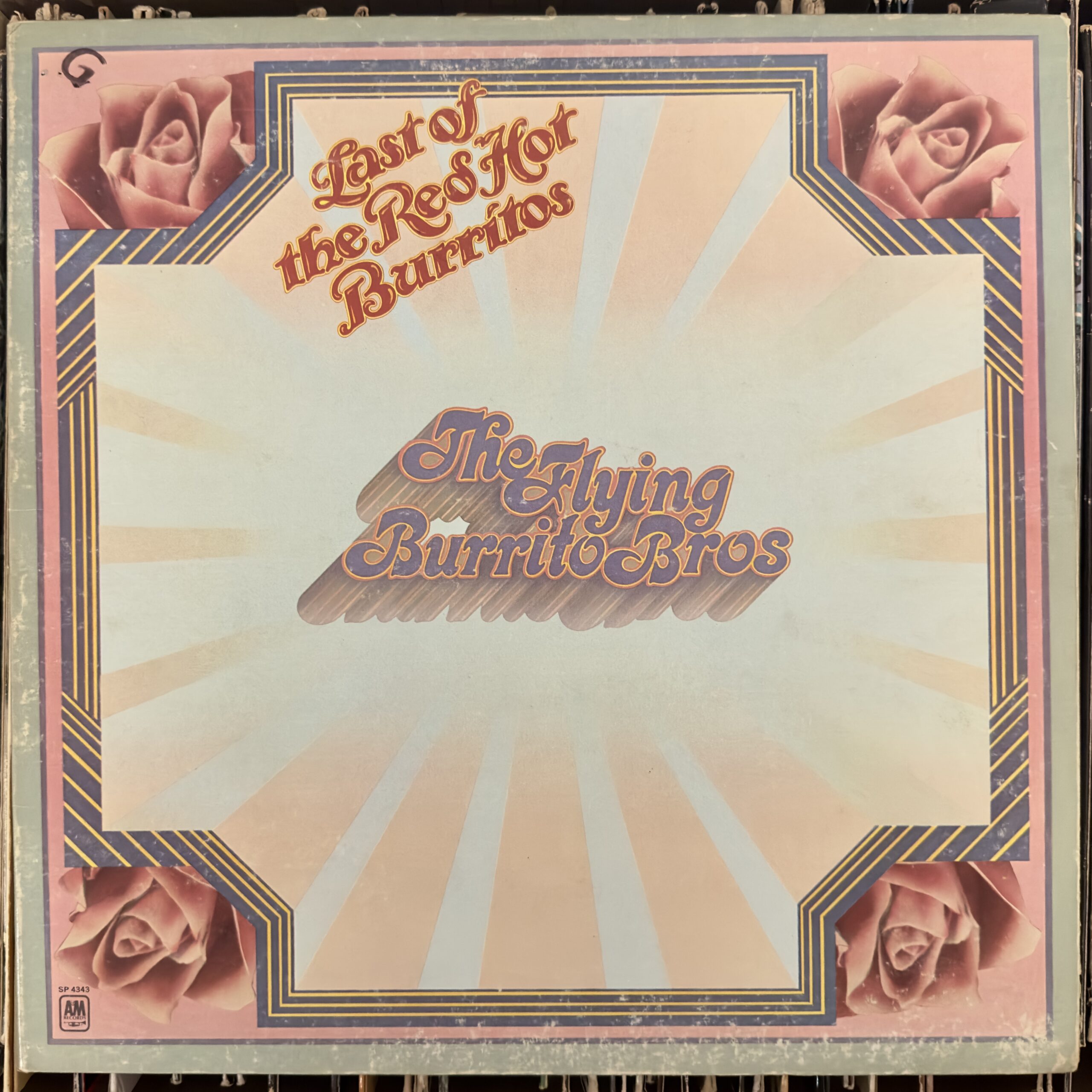 I’ve heard of The Flying Burrito Brothers, but I don’t think I’ve ever listened to any of their music.

This was an outstanding live record with two very different sides.

The first half of side one was a mix of rock and country rock. I thought Devil in Disguise sounded a bit like the Allman Brothers and that it was pretty good, but their version of Six Days on the Road was more rockabilly style and I loved it.

The second half of side one was all bluegrass. Dixie Breakdown had some very serious Scruggs style banjo, and it was really remarkable how much the crowd went wild for all the different solos – banjo, mandolin, fiddle. Don’t Let Your Deal Go Down was a Flatt and Scruggs song that they did very nicely, and when my father heard that I was about to listen to this record, he got so excited for Orange Blossom Special that he insisted I turn up the volume on my (his) speakers. That wasn’t necessary, but the Flying Burrito Brothers absolutely knocked this classic bluegrass song out of the park.

Side two was much more about rock music, especially blues rock with some country sound. I liked all the songs on it, but they just weren’t as good as the stretch of bluegrass songs on side one.