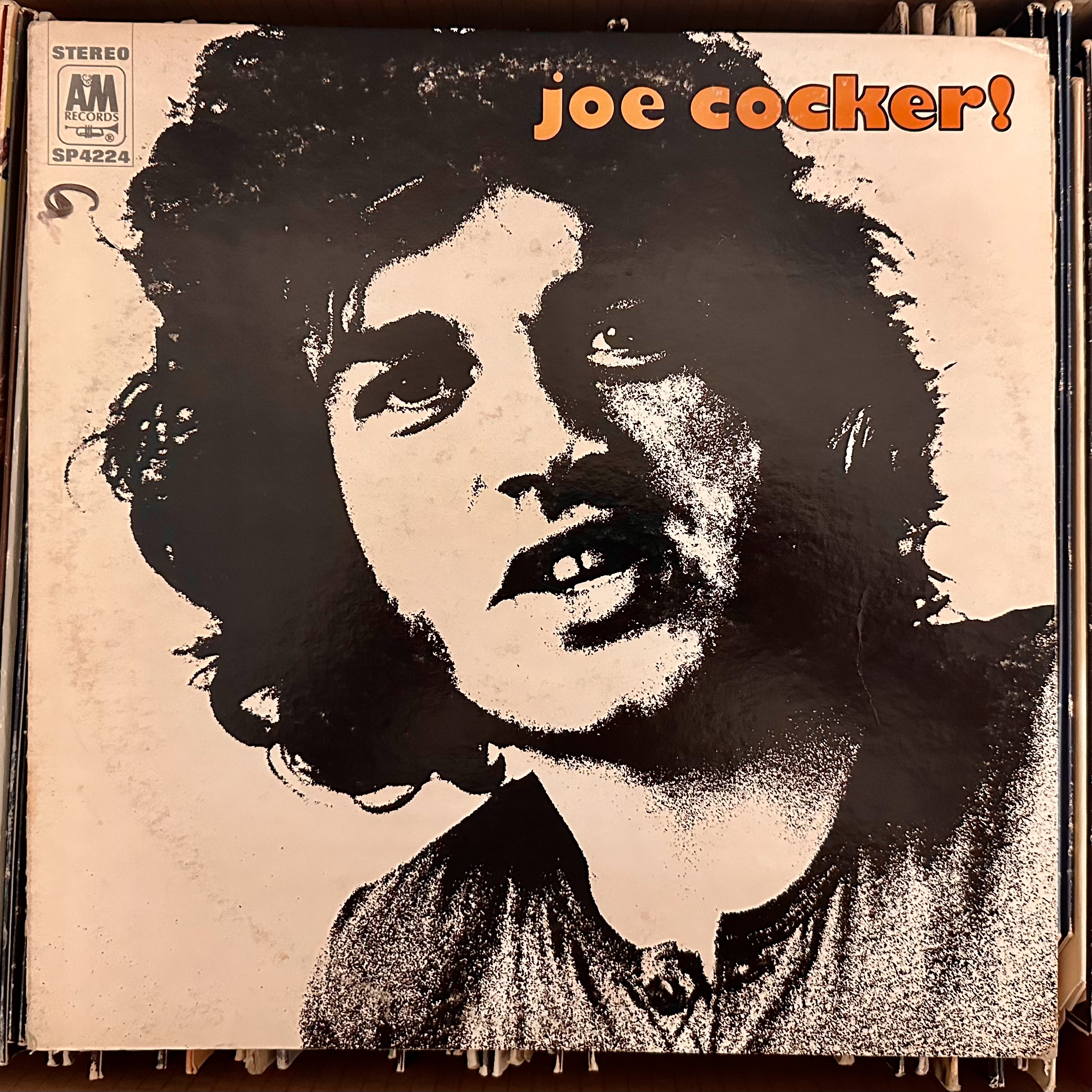 Here’s what I wrote about Joe Cocker’s performance at Woodstock:

… To me, Joe Cocker’s incredible With A Little Help From My Friends is what stole the show. And here’s a fun fact: since it was the theme song of the television program “Wonder Years” that I watched while growing up, and since my parents were big Beatles fans, I probably heard both versions of it thousands of times before becoming an adult, but I don’t think it was until my 20s that I even realized they were the same song. That is, to me, a remarkable tribute to Cocker’s ability to reinvent what had already been perfectly invented for Ringo, the greatest Beatle, by his bandmates.

Besides that, I’m not sure that I’ve ever heard a Joe Cocker song.

It probably needs to be said that Joe Cocker’s voice is amazing, though not amazing in the general sense – more that he was born to make records like this one.

There were a few slow songs that I didn’t much like: Hello, Little Friend, the Leonard Cohen song Bird on the Wire, and the Lloyd Price song Lawdy Miss Clawdy.

On the other hand, Hitchcock Railway had a great tempo, with a soul sound and really passionate, frenetic energy.

I thought that Something would have the highest potential to blow me away, but unfortunately it didn’t and was just ok, much like George Harrison’s original on Abbey Road that I thought would have been better as a straightforward rock song. I especially didn’t care for Cocker’s backing vocals on his version.

She Came In Through the Bathroom Window, also an Abbey Road song, absolutely rocked, and it was as if Faul wrote the song just for Cocker. I especially thought that the piano backing was perfect.

That’s Your Business Now had a very strong Oompa Loompa sound, but it didn’t annoy me.

Dear Landlord, a Bob Dylan song from John Wesley Harding wasn’t terrible; I didn’t really care for either version, but I did love Cocker’s guitar solo.