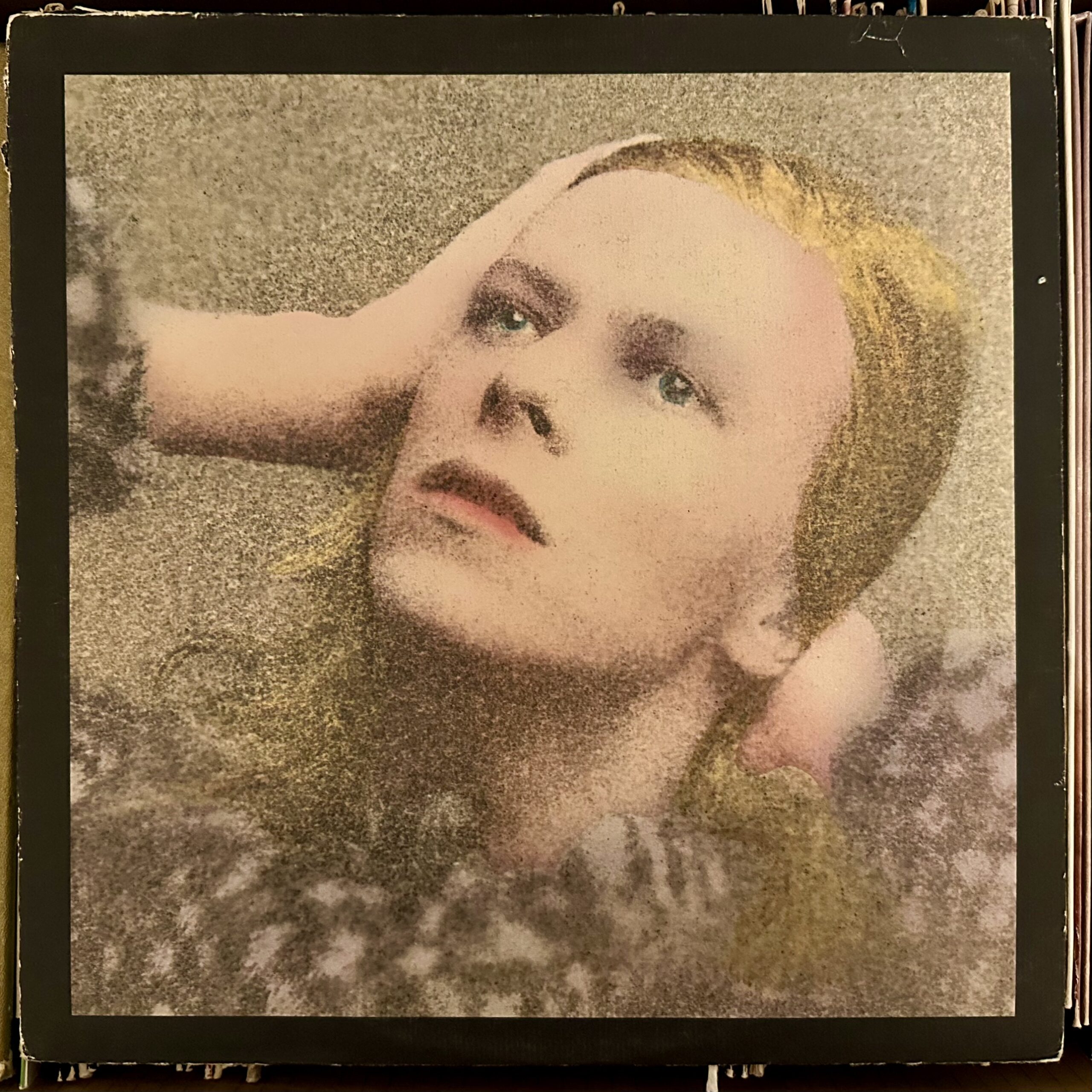 I’ve never really gotten into David Bowie at all and never listened to any of his records, but I do know the song Changes that’s the first track on this record, and expect to recognize one or two others, as well.

Bowie changed his musical style a lot, so I’m not really sure what kind of music he was making in 1971. Maybe soft rock?

There was a lot of piano in this record, and it reminded me of Elton John (not in a good way).

Changes was about as I remembered it, which is sort of a piano-driven lounge-inspired pop-rock pop. Its piano and vocal parts are pretty distinctive and I guess it’s representative of David Bowie to me. One thing I realized about it, listening to it now closely for the first time, was that it’s really just a chorus that’s repeated a few times, punctuated by some totally useless verses.

That pattern of a song having quite a strong chorus, but very weak verses, was repeated a few times throughout the record, such as on Oh! You Pretty Things and on Andy Warhol, which also was a generally good acoustic guitar folk rock song.

Eight Line Poem was essentially just rambling with some piano chords, and Quicksand was similarly meandering.

Kooks sounded like Faul’s granny shit, and Fill Your Heart was in that same category, and was also a bit Oompa-Loompa, and had some terrible saxophone.

Song for Bob Dylan did have some Dylan style vocals, but with too much piano, and also not enough melody. The Bewlay Brothers had a bit of that same vocal style as well.

Queen Bitch was almost proto-punk, and I thought it was the best on the record.

Besides Changes, the only other song I recognized was Life On Mars?, from this television series. It was a pretty bad song, and more or less had zero musical value.