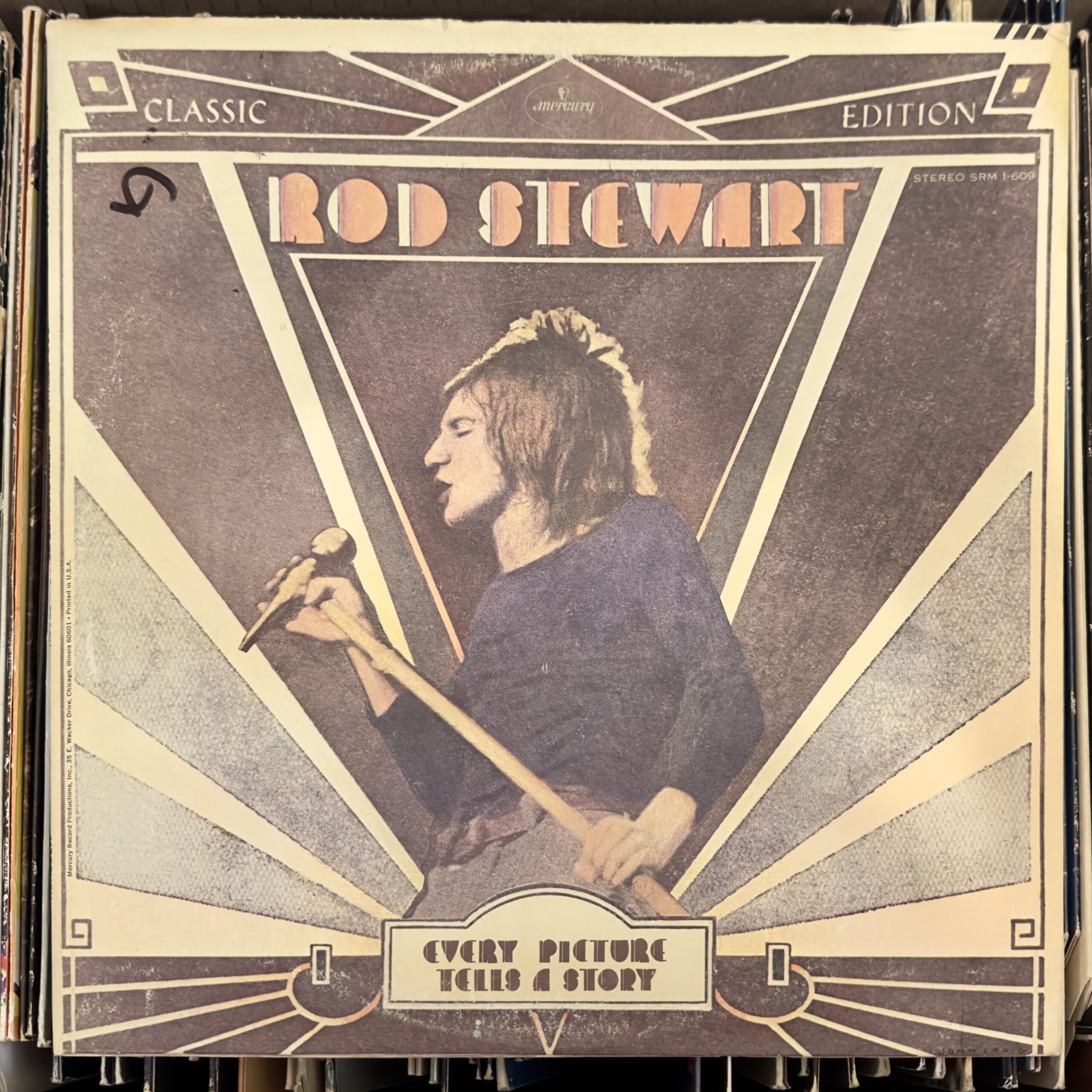 I can’t stand Rod Stewart’s voice; it’s always sounded to me like he’s wheezing whenever he sings.

This is the second Rod Stewart record I’m reviewing, after Never A Dull Moment.

As expected, I did not enjoy Every Picture Tells a Story.

Musically, it was actually not bad at all. Most of the songs were rock, and several were quite strong, with plenty of blues influence, but the vocals were so awful that it was difficult to listen.

In addition, though Seems Like a Long Time was an ok electric blues song, I disliked the gospel style chorus. Stewart’s acoustic version of Amazing Grace, besides the vocals, was interesting, and there were multiple examples across the record of great guitar work.

Maggie May is Rod Stewart’s most famous song, but I don’t care much for it either way.