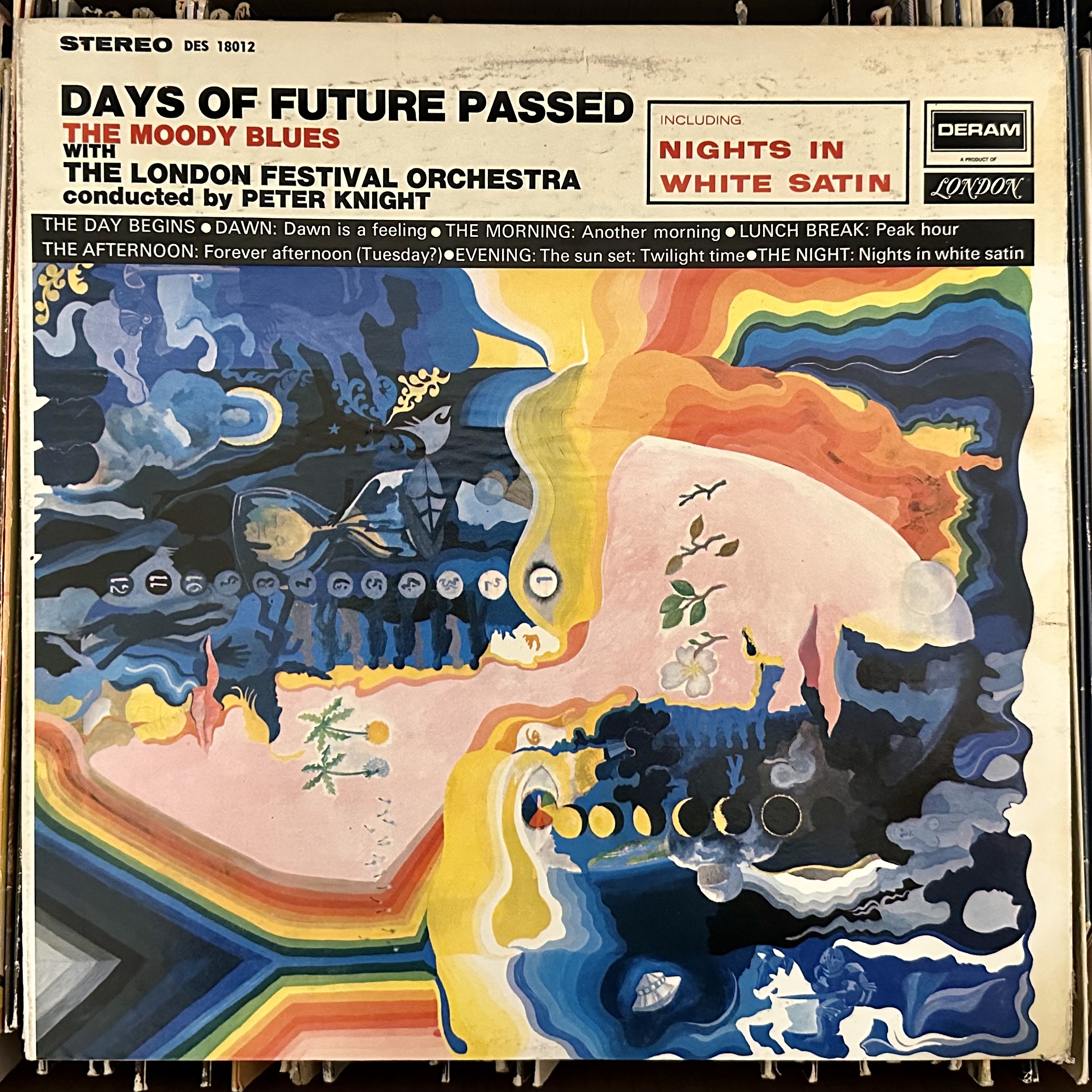 I’ve had mixed feelings about them, generally enjoying the musicality and overall sound of the songs, but disliking the attempts to show their audience just how weird they can be.

Progressive rock… with an orchestra.

The weird narrator from other Moody Blues records made an appearance on this one, but mercifully he didn’t stick around for long. Remind me why a prog rock record needs narration in the first place?

I had a hard time deciding whether or not I liked the overall use of the orchestral style instrumentation. For most of the record I leaned towards saying that it wasn’t good, but the last song was The Night (including Nights in White Satin), which did actually tie it together quite well, and that tipped me back towards saying that I liked the sound. But it did not work universally, and the awful narrator returned at the end, which was bad.

Besides that, there were parts that sounded like children’s music (a critique that I made yesterday about Ramblin’ Boy by Tom Paxton), and other parts (I think on Lunch Break: Peak Hour) sounded like musical theater. Musical theater! On a rock record!

Then immediately after that, it suddenly sounded like a pretty sweet mid 1960s rock song, sort of a British invasion answer to surf rock.

The more I listen to Nights in White Satin, the more I think it’s a masterpiece, and also that I just think it’s grand because it’s the best song that the Moody Blues ever recorded.