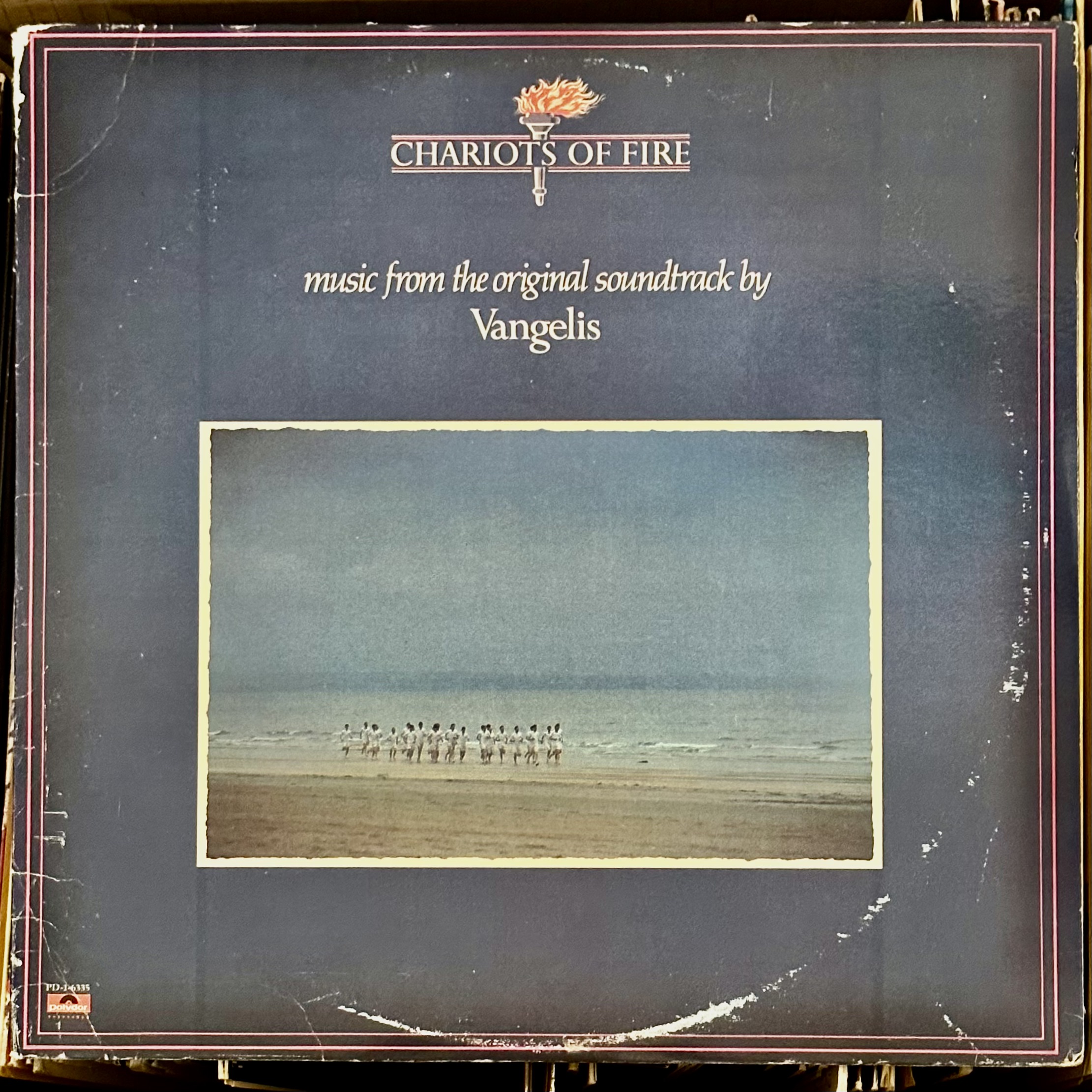 I’ve heard of Chariots of Fire the movie, but I’ve never seen it, and I don’t think I’ve ever listened to this music. I’ve also never heard of “Vangelis.”

There is, however, a certain melody I have in my head that I think may be from the movie.

I’m not sure. The back says, “Composed, Arranged, Produced and Performed by VANGELIS,” so I’m guessing that it will be modern classical-style music. The front has a picture of a bunch of men running on a beach, wearing what appears to be plain white undershirts and boxer shorts.

I was absolutely right about that melody, which was the song Titles! Here is a movie montage that features it. Also, I guess they were not running on the beach in their underwear, but actually were wearing some kind of British sports uniform. This was, weirdly, the best song.

Basically this was a mostly instrumental classical-style record, but done with techno instruments, so it had a weird “futuristic” sound to it, despite being as old as I am.

Abraham’s Theme sounded kind of like the music that I sometimes use to fall asleep.

I recognized Jerusalem as a sometimes-, not-quite national anthem of the United Kingdom[1].

The entire second side was just called Chariots of Fire, a 20+ minute track that mostly consisted of some boring sound effects and repetition of other themes from the first side.