You are here: Home / Music / Back Here On Earth by Gordon Lightfoot (Vinyl record album review) 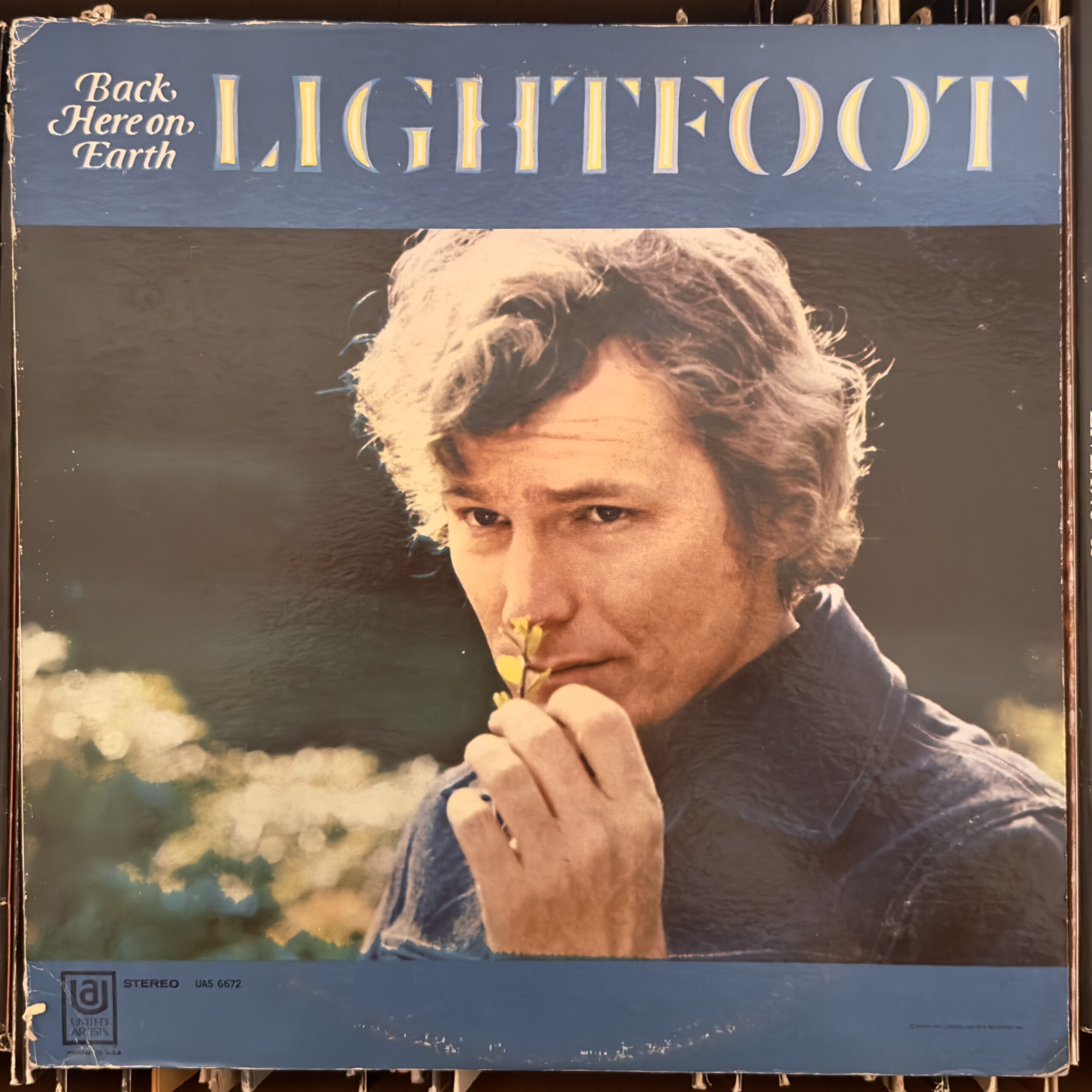 I guess folk, but also have a hunch that this will have more of a rock sound, as it’s from 1968.

Long Way Back Home, for example, was more country, and I might have have heard it before. Unsettled Ways was similar, a country style song that was pretty simple, not trying to do too much, but doing it well; Long Thin Dawn was like that too, but with some vocal harmonies – and how weird was it to hear a country song about Canada?

Bitter Green, The Circle Is Small (I Can See It in Your Eyes), The Gypsy and If I Could were all pretty boring. Affair on 8th Avenue was on one of the other Lightfoot records: I didn’t like it then and didn’t like it now, either.

Marie Christine was not that much different from the others, but I liked the guitar that sounded the tiniest bit like a sitar, which made it maybe the catchiest song on the record.

Cold Hands from New York started to remind me at some point of Lightfoot’s later work, but the lyrics and story were very Bob Dylan. Don’t Beat Me Down was also a bit Dylanesque, even mentioning a “joker” character, and I liked it too.