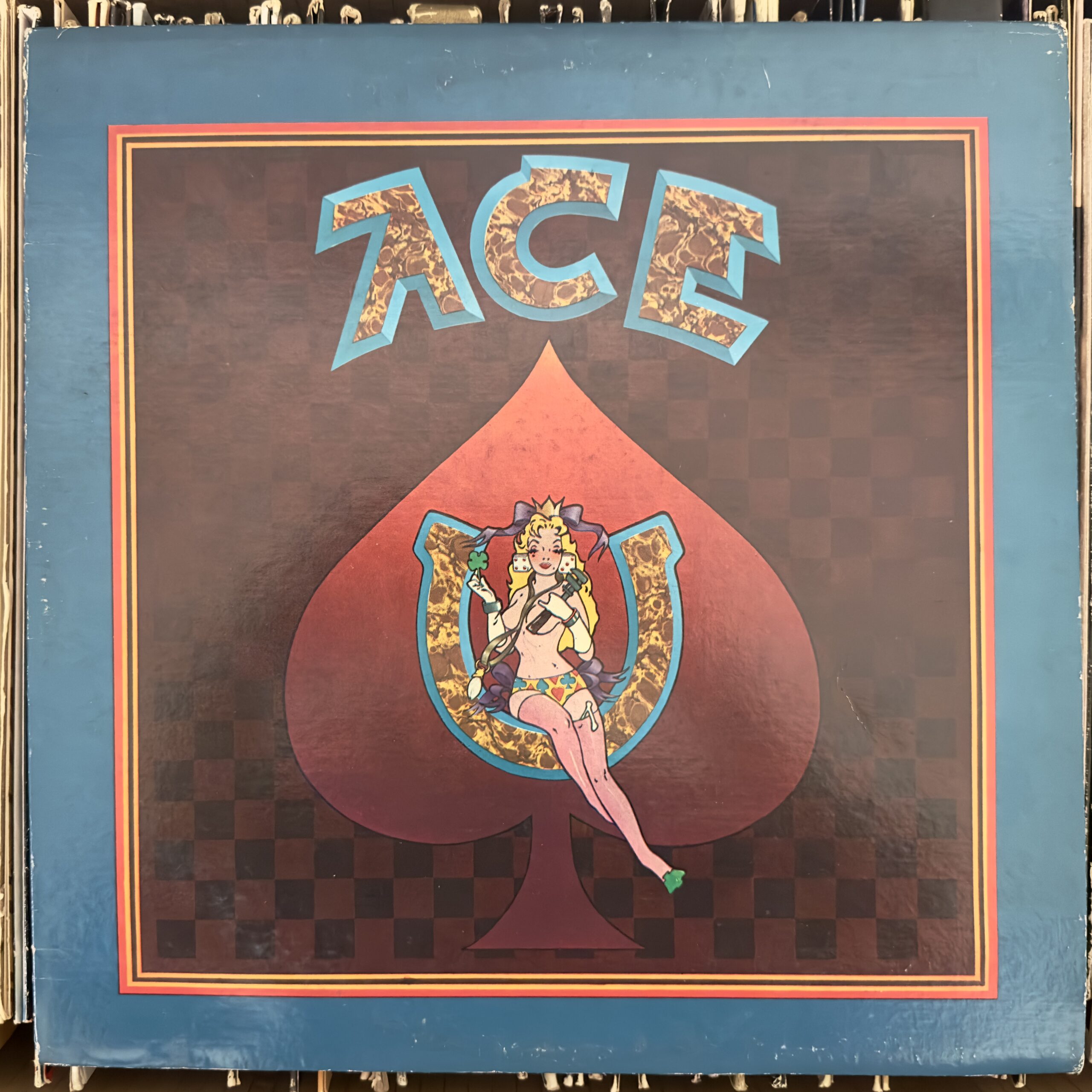 It was surprisingly difficult to figure out what this even was. Neither of my parents had any memory of a record called “Ace,” and since that’s the only word on the front of the album, I started by trying to locate a band with that name, which does exist and was recording records in the appropriate time period – but no amount of search engining could identify this specific Ace record.

Finally I started reading the fine print on the back, and saw references to “Robert ‘Ace’ Weir,” ie. Bob Weir, from the Grateful Dead.

Needless to say, I’m more or less familiar with Bob Weir, but not with “Ace,” his nickname and solo project.

This was basically a Grateful Dead record, though I only recognized one song, Playing in the Band, which I mentioned that I loved when I listened to Skull Fuck a few months ago. This was a version I’d never heard before that was pretty similar to what I had heard in the past for the most part, with just some slightly different instrumentation and vocals, until a pretty good extended jam towards the end.

Greatest Story Ever Told was also great, while Walk in the Sunshine, which was very bluesy, could have been good, but was lacking some energy. Similarly, I liked the blues style piano and the guitar solo on One More Saturday Night, but the vocals were very 1980s sounding.

Mexicali Blues immediately made me think of someone that I once knew from Mexicali (and/or its sister city Calexico) and was more of a country song that had maybe a slight Oompa-Loompa music sound to it, but it was entertaining and I liked the tempo and the excellent guitar.