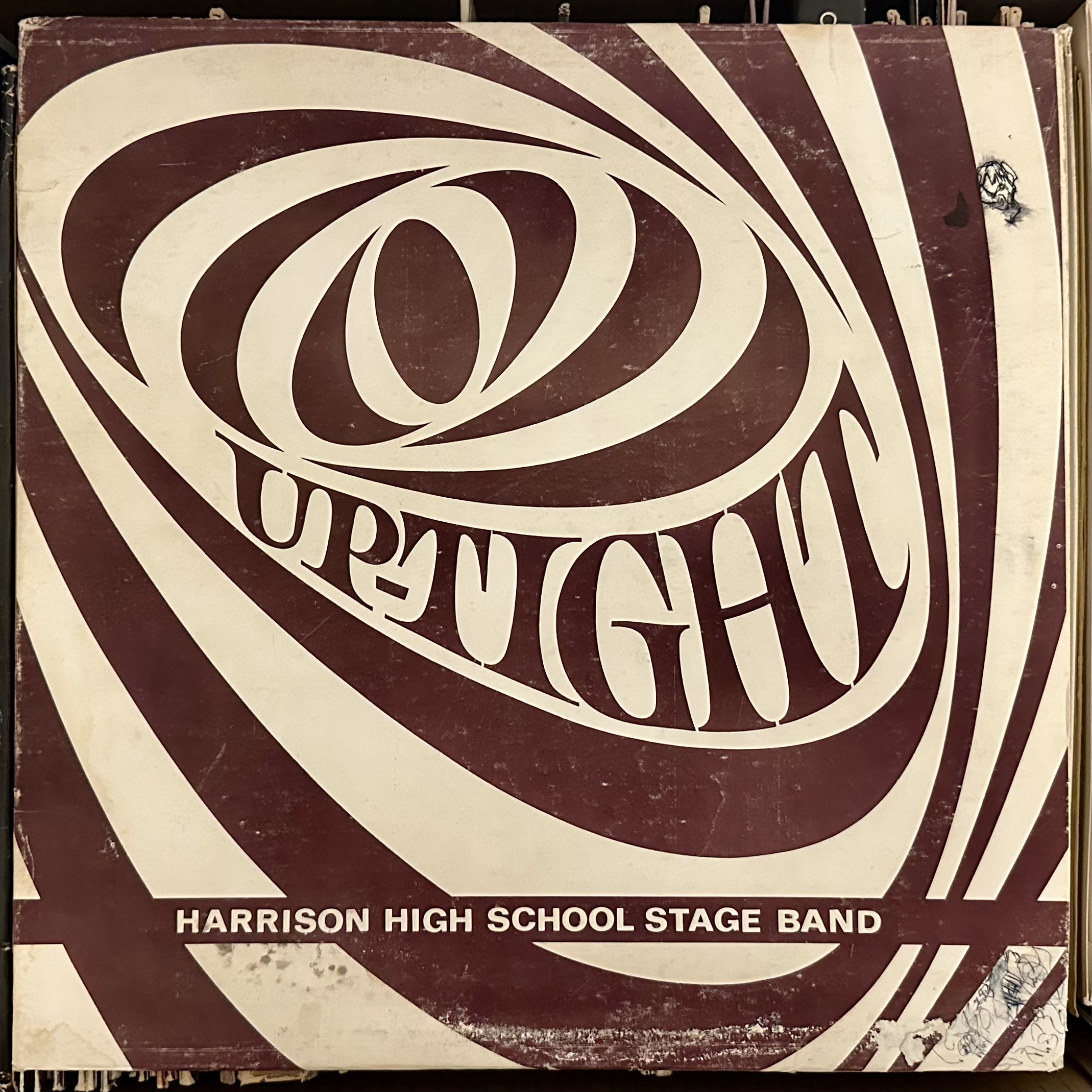 This appears to be a record produced by and for a high school. I think it’s this one.

This turned out to be a mostly instrumental jazz record, on which I only recognized two songs.

The Harrison High School Stage Band’s version of Can’t Take My Eyes Off Of You was the only track with vocals, and it was ok, but of all the versions I’ve heard of this song, I wouldn’t say that this was one of the best.

It was also pretty strange to hear a jazz version of the classic southern American spiritual Swing Low Sweet Chariot, and I’m not sure that it held up well in that style, but nothing could be stranger than discovering that its cultural importance to English people as a rugby anthem.

Cute had a great bass part, and the title track Up-Tight, a Stevie Wonder song, was the most ambitious, complex and interesting song on the record, and the most enjoyable – and they executed it quite well.