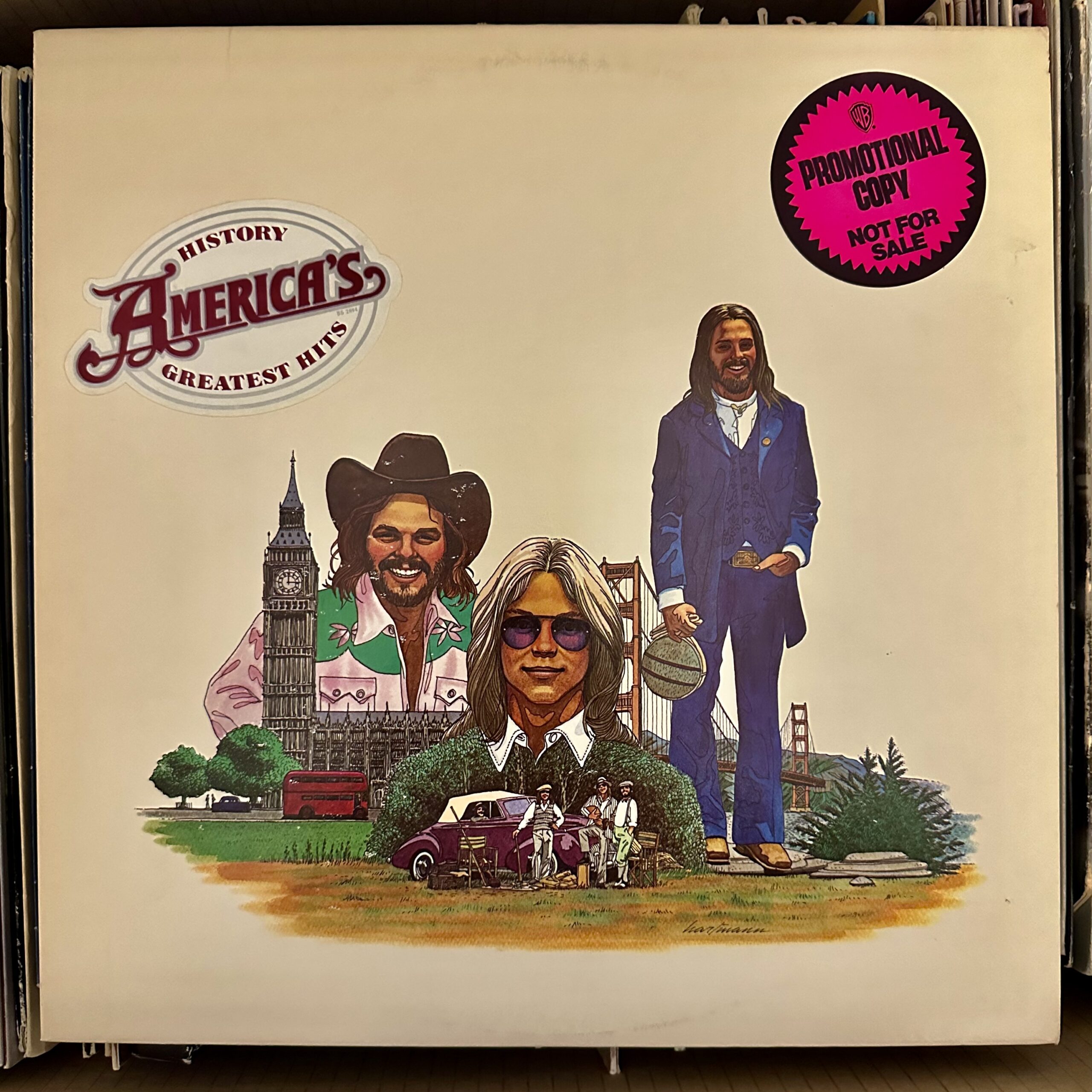 I am pretty sure that I have heard of the band America, and I would not be surprised to recognize some of their songs, but I don’t know anything about them.

I absolutely recognized A Horse With No Name, and it’s even a song that I like, but somehow I always thought it was a Neil Young song! Oops!

Another that I recognized was Sister Golden Hair, which was a pretty good song with a nice attempt at doo wop style vocals towards the end. It also had a little guitar phrase that kept reminding me of Bigmouth Strikes Again – how weird is that?

Sandman started with kind of a Moody Blues sound, then transitioned to what I would describe as acoustic hard rock, which was pretty cool, and I definitely liked the guitar work.

Ventura Highway was an ok song with a vocal style to A Horse With No Name, and Tin Man also made me think of Neil Young.

Don’t Cross the River was a great country song with banjo and fiddle, but its vocal harmonies were too produced and careful.

Only in Your Heart sounded a little bit like a late Beatles era Faul McCartney composition that John Lennon would have eviscerated.

Muskrat Love was the weirdest song on the record, and if I understood it correctly, was a folk rock song about muskrats in love – unless I missed something? I had hoped that it would be a cover of the Merle Travis song Muskrat, but no such luck.

Lonely People was a soft rock song with some harmonica and piano, and apparently may have been a response to Eleanor Rigby, but if I were America, I would not invite that comparison.

Daisy Jane was totally useless and the worst on the record, and Woman Tonight was kind of a rock song with a funk and disco chorus.