You are here: Home / Music / Eat A Peach by The Allman Brothers (Vinyl record album review) 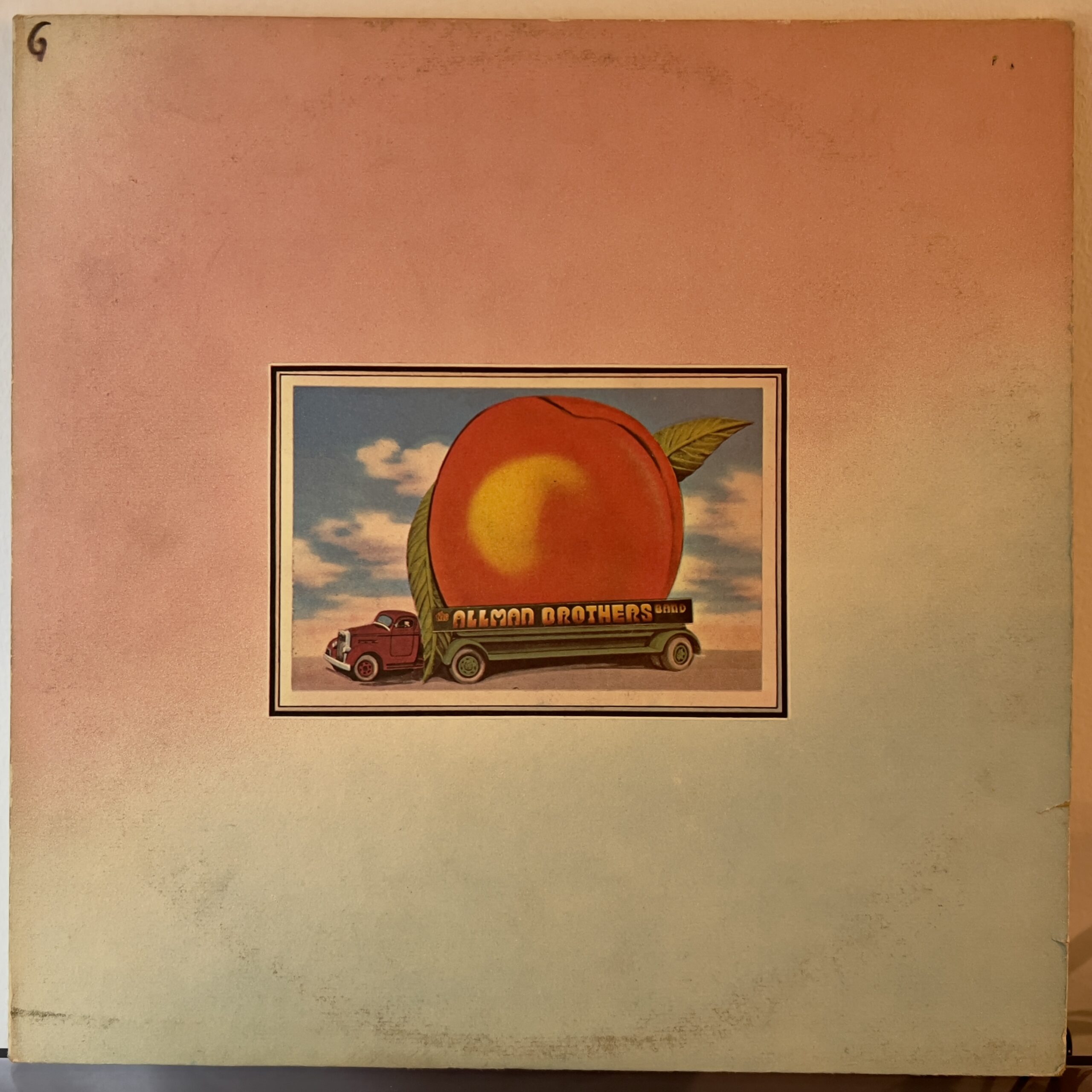 I’ve been listening to the Allman Brothers for decades, but don’t know that I’ve ever listened to this double record.

I reviewed a different Allman Brothers collection a few weeks ago, so what I expected was similar to that.

Similar! Of course, as this is not a compilation, I couldn’t expect it to include every hit and classic song that they recorded, so some favorites like Ramblin’ Man and Jessica weren’t there – but Melissa and Blue Sky were.

I was a little concerned that the comically long Mountain Jam, split over sides 2 and 4, was going to put me to sleep, as I generally don’t love jam bands and tend to prefer that rock music be delivered as actual songs, but I ended up thinking that Mountain Jam was excellent, and wished that it had been the front and back sides of a single record, to make it easier to listen to the whole thing.