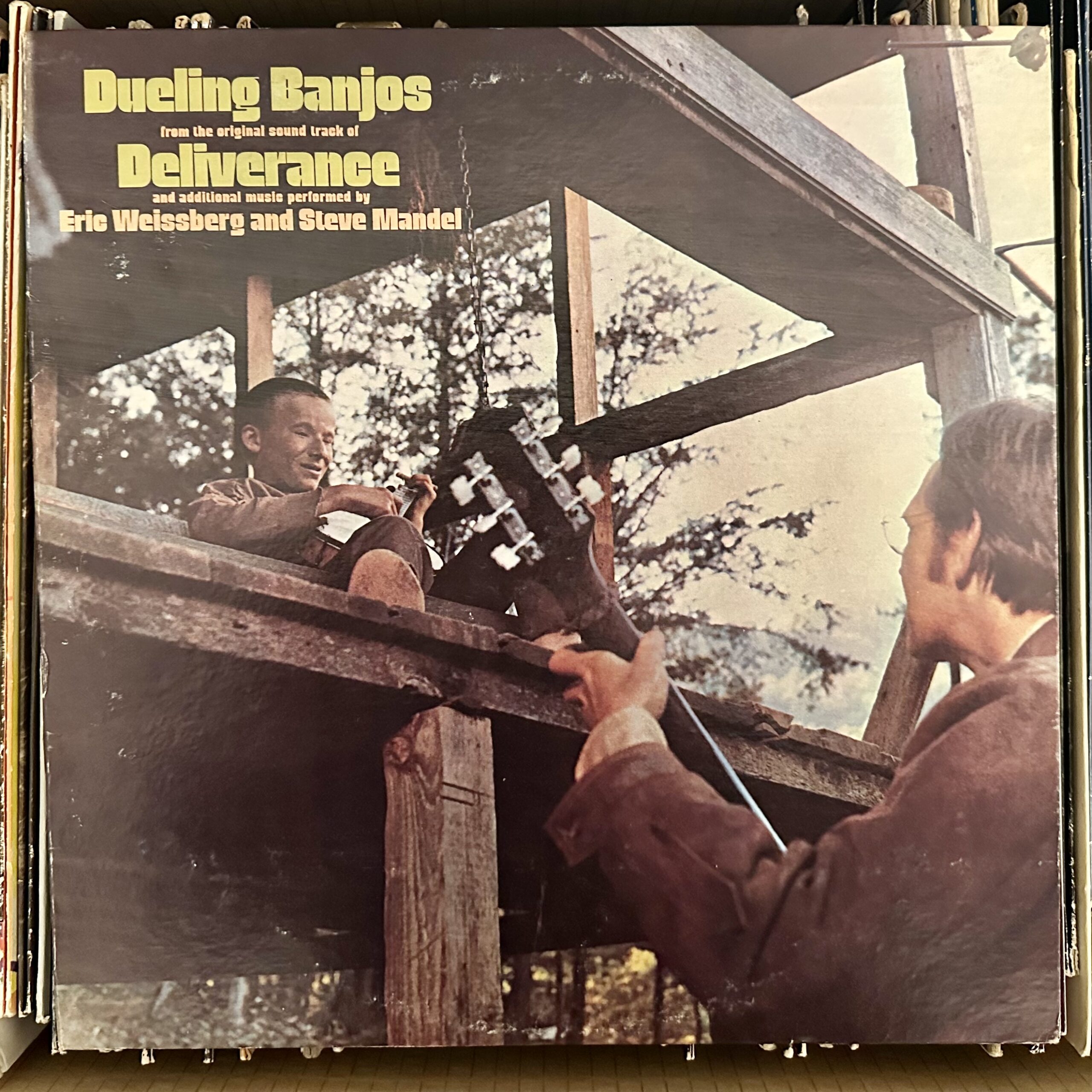 This is the soundtrack to the movie Deliverance, which I’ve never seen. I have several versions of the song Dueling Banjos in my library, but I’m not sure if any of them is this version, because back when I acquired them, the provenance wasn’t clear. I also expect to recognize other songs on this record, such as Mountain Dew, one of my old favorites[1]There are two well known Mountain Dew songs, but I know them both as I’m also fond of the beverage, which I often call “the nectar of the gods.”

As a bluegrass fan, this record was fantastic. The banjo was universally wonderful, and I loved the various fiddle solos, for example on Shuckin’ the Corn and Fire On the Mountain.

The entire LP was completely instrumental, with no vocals, so here’s Mountain Dew being performed by Flatt and Scruggs and also by Grandpa Jones… and here’s the other song of the same name being performed by The Dubliners and The Pogues.

Buffalo Gals was another interesting one that started out pretty slow and not good, but then got extremely fast, which I loved, and I was immediately transported in my memory to the deeply bizarre Malcolm McLaren version that I heard a few months ago (but here’s Pete Seeger’s as a palette cleanser).

At any rate, with 19 songs on the record, many of them between just one and two minutes – proving my contention that bluegrass is the punk of country – there’s not a whole lot to say about each one individually, except that anyone who loves bluegrass will love listening to it, as I did.