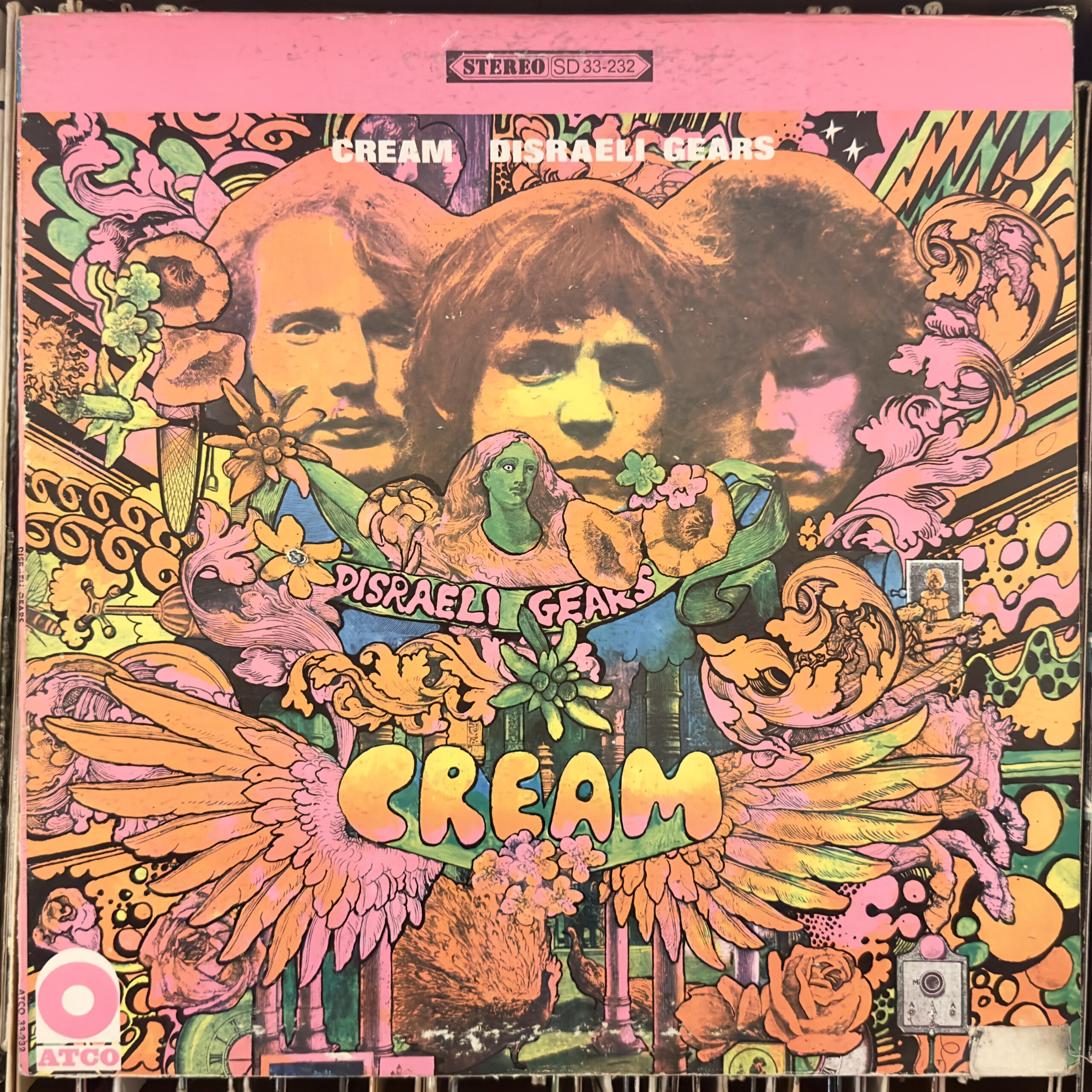 Cream was very big on classic rock radio when I used to listen to the radio a lot, in the second half of the 1990s, and I’ve been a fan ever since then.

This is another record that’s incredibly difficult to review because I’m already so familiar with it, from listening to it a lot because it’s great, but one thing I didn’t recall was how thin the vocals were across some of these songs, though I did recall the incredible musicianship of all three members of Cream.

It’s not easy to pick a place to highlight that musicianship, but Sunshine of Your Love has one of the most memorable riffs in all of rock music, dark and threatening. How is it even a love song? It’s got to be the coldest sunshine on earth.

On that note, World of Pain feels numbing rather than painful, and Dance the Night Away doesn’t exactly strike me as a dance song, while Tales of Brave Ulysses explicitly mentions “the colors of the sea,” but somehow doesn’t mention that Ulysses’ sea is “wine-dark”? What a missed opportunity.

On that subject, I think We’re Going Wrong is probably a lyrical and vocal low point of the record, and that they should have taken the time to think through the song carefully, or just made it an instrumental. I would have been happy with it as an instrumental, I think, and they could have done like on SWLABR by making the electric guitar sing as a vocalist itself.

I loved the bluesiest songs on Disraeli Gears – Take It Back, which really stands out for its harmonica; Blue Condition; and Outside Woman Blues, which is only good until it gets to the guitar solo that blows it up – but really this record is about psychedelic rock, and starting it with Strange Brew just sends an incredibly powerful message about everything that’s about to arrive. I wouldn’t have objected if they’d named the whole record after Strange Brew.

Mother’s Lament, naturally, is the only track that I’d be happy to skip, and it just reminds me of “Faul’s granny shit” from a 1968-1970 Beatles record.