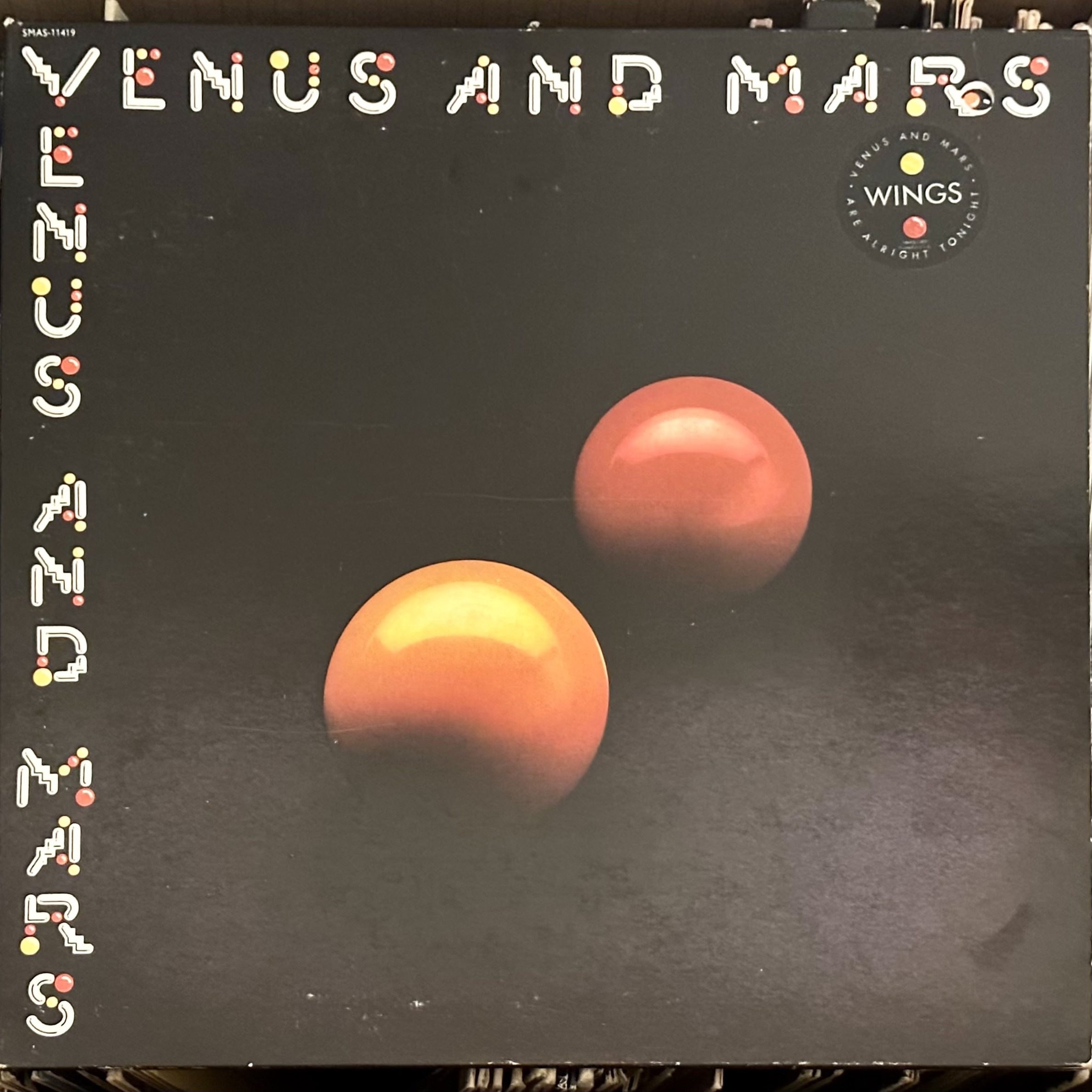 I’ve never heard this record, but it will be the third Wings record that I review. The previous two were:

Like the last Wings record, this one was pretty boring: mostly bland, forgettable rock.

Mercifully, You Gave Me the Answer was the only song that I’d consider to be “Faul’s granny shit,” but unmercifully, it was a classic of the genre.

Medicine Jar was a pretty good 1970s stadium rock song with strong guitar, and I liked Spirits of Ancient Egypt for the same reason.

Rock Show had the most electric guitar / hard rock energy on the record, so I considered it the best song, though I can’t imagine it on a Beatles record. 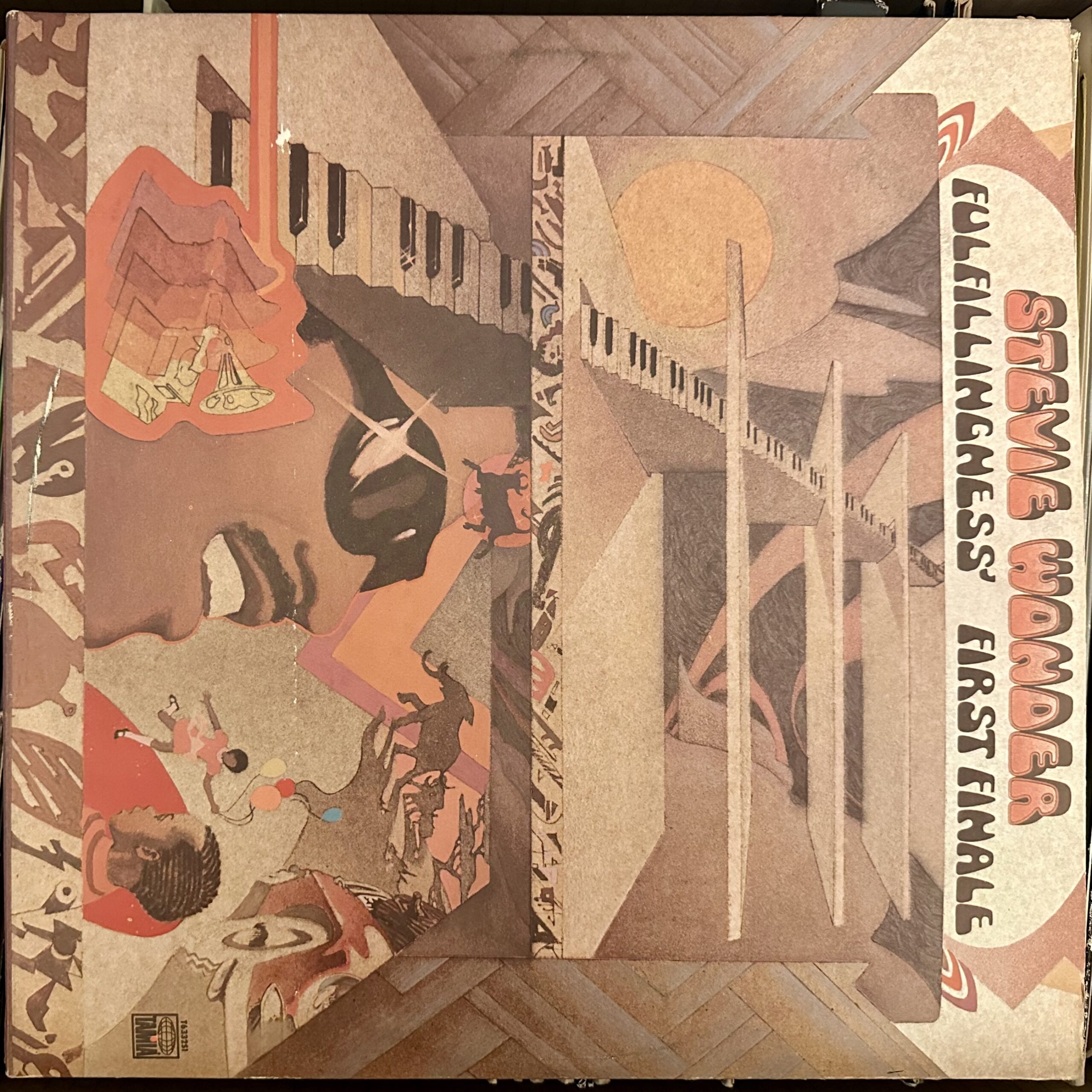 I’ve never heard this record before, but I listened to Innervisions a month ago and did not like it.

I won’t judge an album by its cover, but the album art for Fulfillingness’ First Finale reminds me a lot of Innervisions. I’m still optimistic that I’ll find something on it to like, though.

This actually was a lot like the previous Stevie Wonder record, and I didn’t like it very much.

Boogie On Reggae Woman was a pretty good techno-funk song, and I thought the harmonica in it was great, though I’m not sure what was supposed to be reggae about it. I considered it the best song on the record.

You Haven’t Done Nothin’ was also a funk song, but nowhere near as good.

Heaven Is 10 Zillion Light Years Away was somewhat recognizable as a soul song in the traditional sense, largely because of its vocal style.

Too Shy to Say was elevator music.

Most of the rest of this record was boring and forgettable. 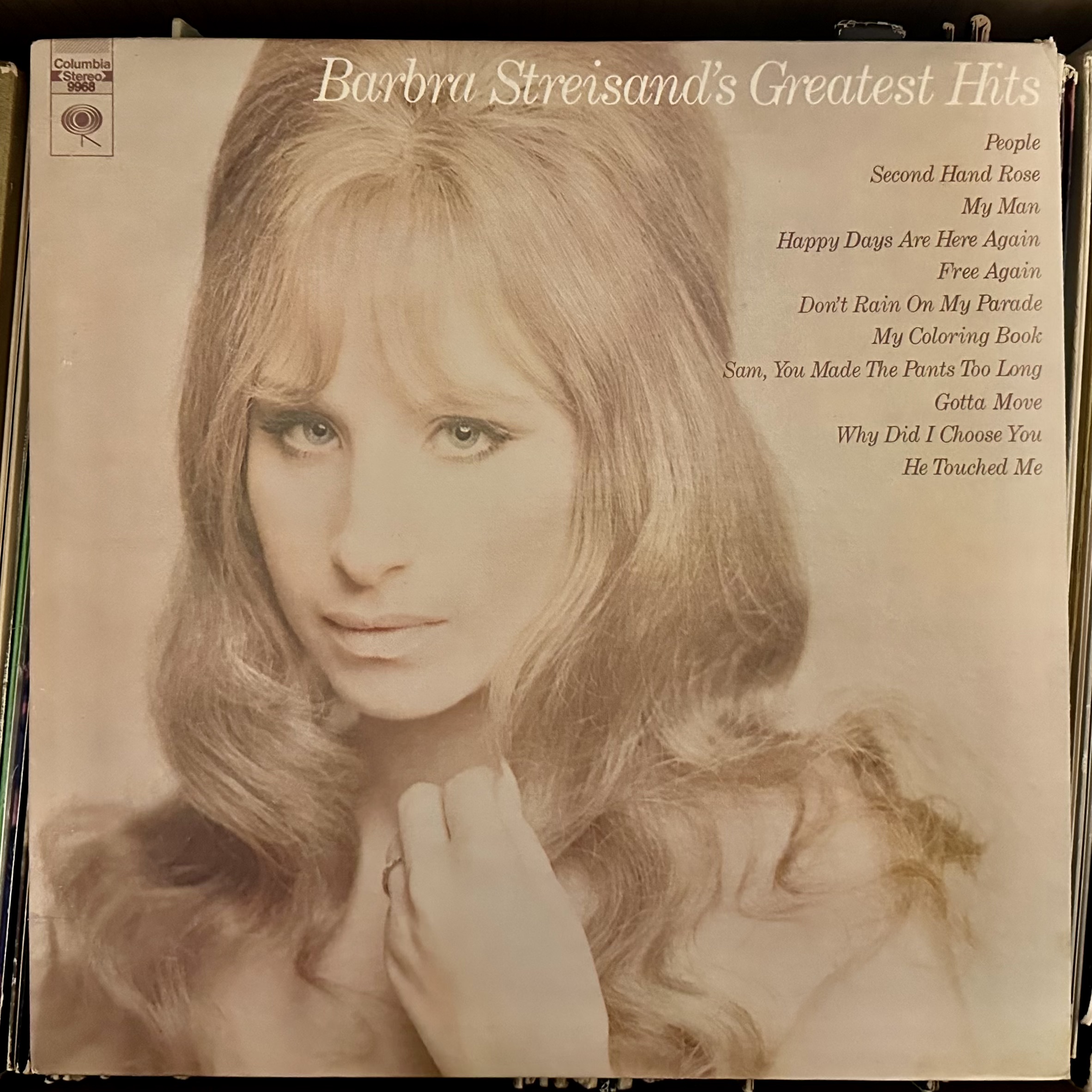 I’m of course familiar with the Streisand Effect, and you should be, too, and I’m vaguely aware that Barbra Streisand is a singer, but what she’s sung isn’t clear to me (my mother says, “show tunes,” which probably explains it).

I guess show tunes, though I’m not sure how I would be able to identify a show tune. Would I need to be familiar with the show?

I thought I wouldn’t be able to recognize a show tune, but if this record taught me one thing, it was that I can very easily recognize show tunes: they sound a lot like pre-1950s, non-jazz pop music, and they’re terrible.

If this record taught me two things, the second was that Barbra Streisand’s music – at least her greatest hits up to 1970 – was not good at all.

If this record taught me three things – well, what else is there to know? I didn’t like any of this, and came close to deciding not to listen to the second side at all, but I did listen to all of it, and in summary, I hated it. 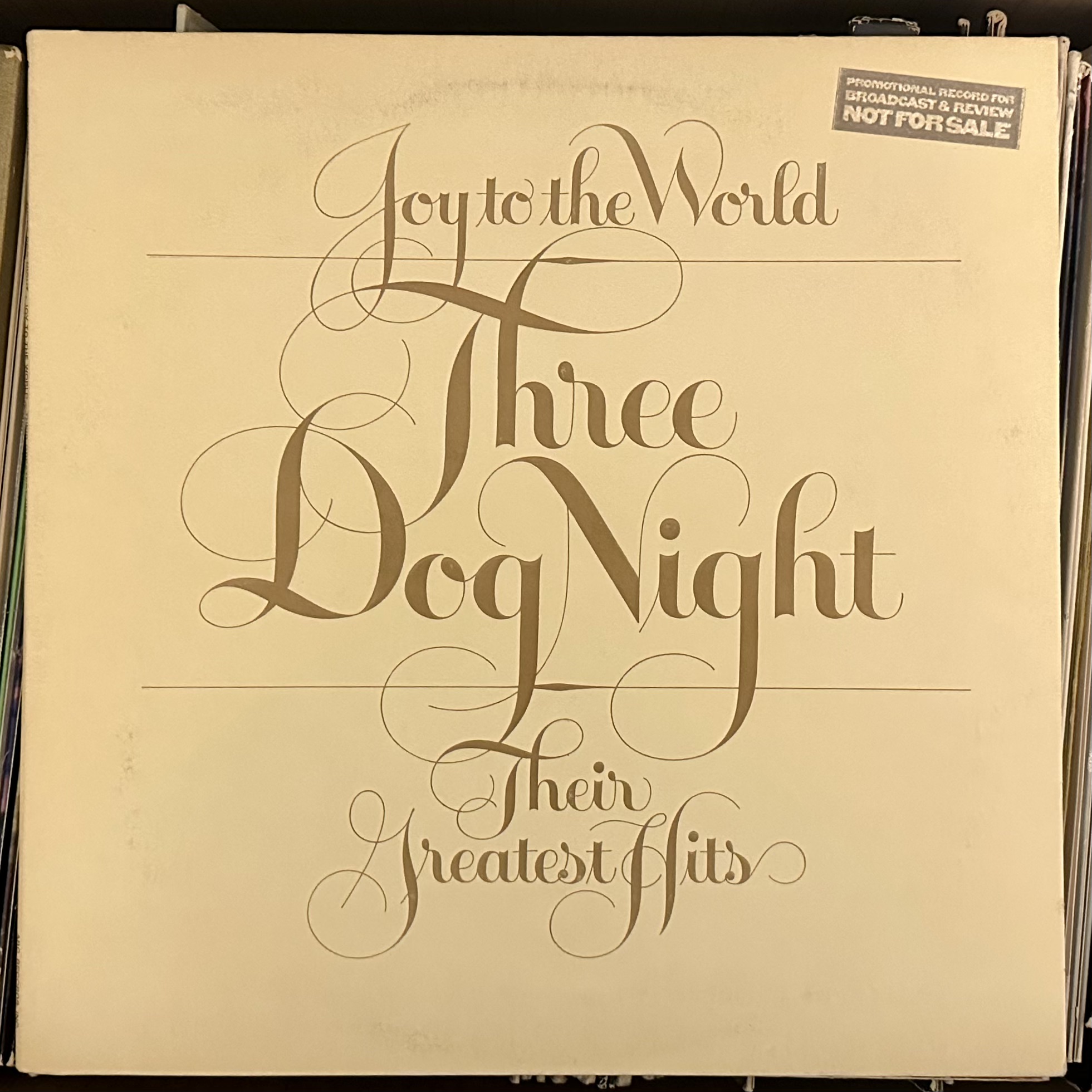 I definitely know the song Joy to the World and consider it one of the most obnoxious songs ever recorded, and if I’m not mistaken, Three Dog Night may have been one of the washed up has-been bands that performed at my hometown Rockville, Maryland’s “Hometown Holidays” when I was a teenager.

It’s a record with Joy to the World, so my expectations aren’t exactly high, but I do think it’s likely that Three Dog Night had some better songs and that I’ll be pleasantly surprised.

With the exception of the first and last songs, this record wasn’t that bad at all. The first was the aforementioned Joy to the World, and the last was an awful Oompa-Loompa song called The Show Must Go On, with an actual carnival music intro and outro.

Besides that, I thought the arrangements of most of the songs were quite strong, with multiple guitars, lively percussion and various vocalists doing harmonies that were solid, but not too ambitious.

One was a song that I recognized and I had no idea that it was a Three Dog Night. It was kind of gimmicky, but it’s unique and memorable. I also recognized An Old Fashioned Love Song and felt similarly about it, but pondered how to described its style: it was kind of R&B, but hardly sounded like 1971.

A bunch of their songs could be described as rock with a strong soul influence, like Shambala, The Family of Man and Never Been to Spain, the latter of which I thought was the best on the record.

Black and White was a cover of a bad Pete Seeger song that they somehow made far worse by recording it in a reggae style. I was almost embarrassed to be listening to it. 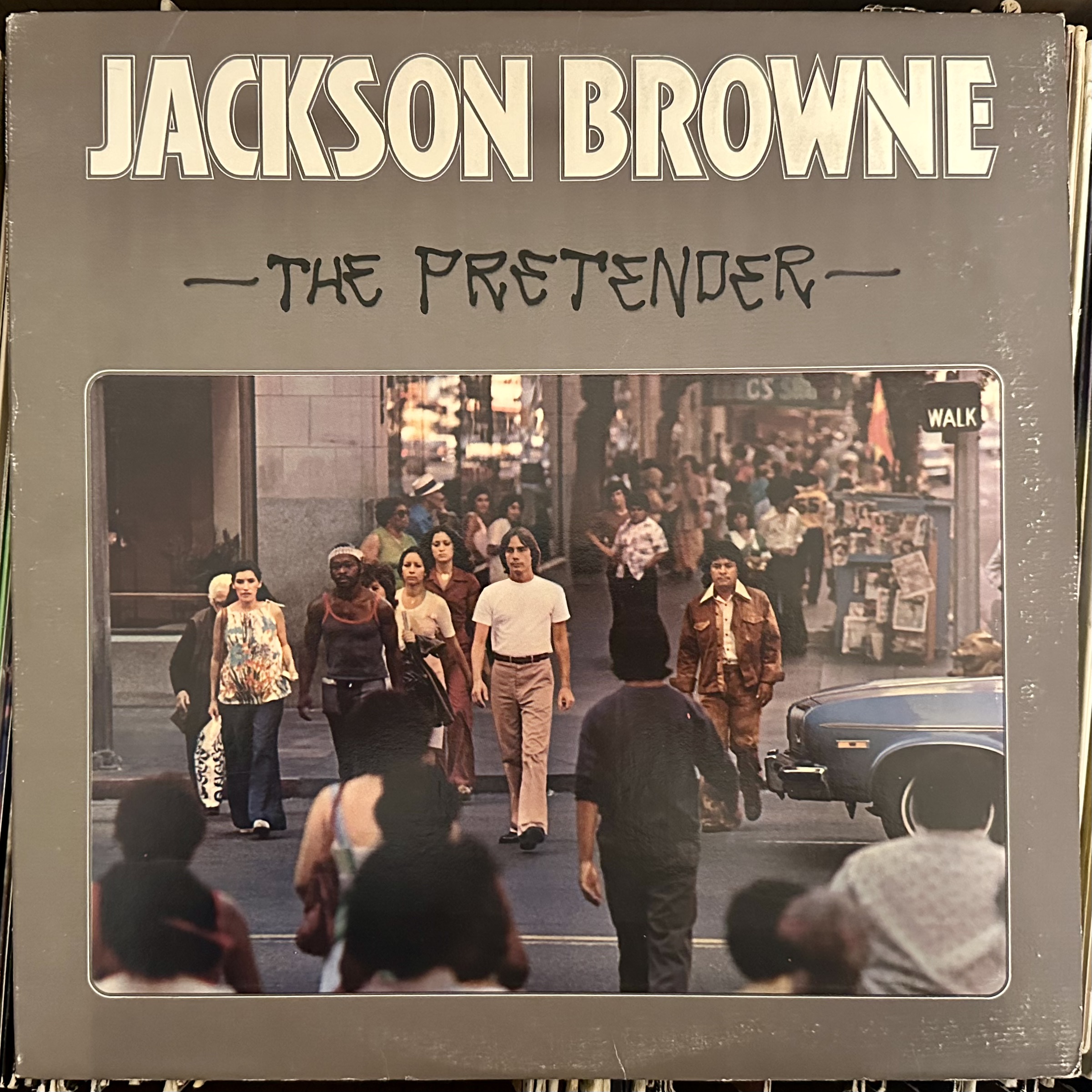