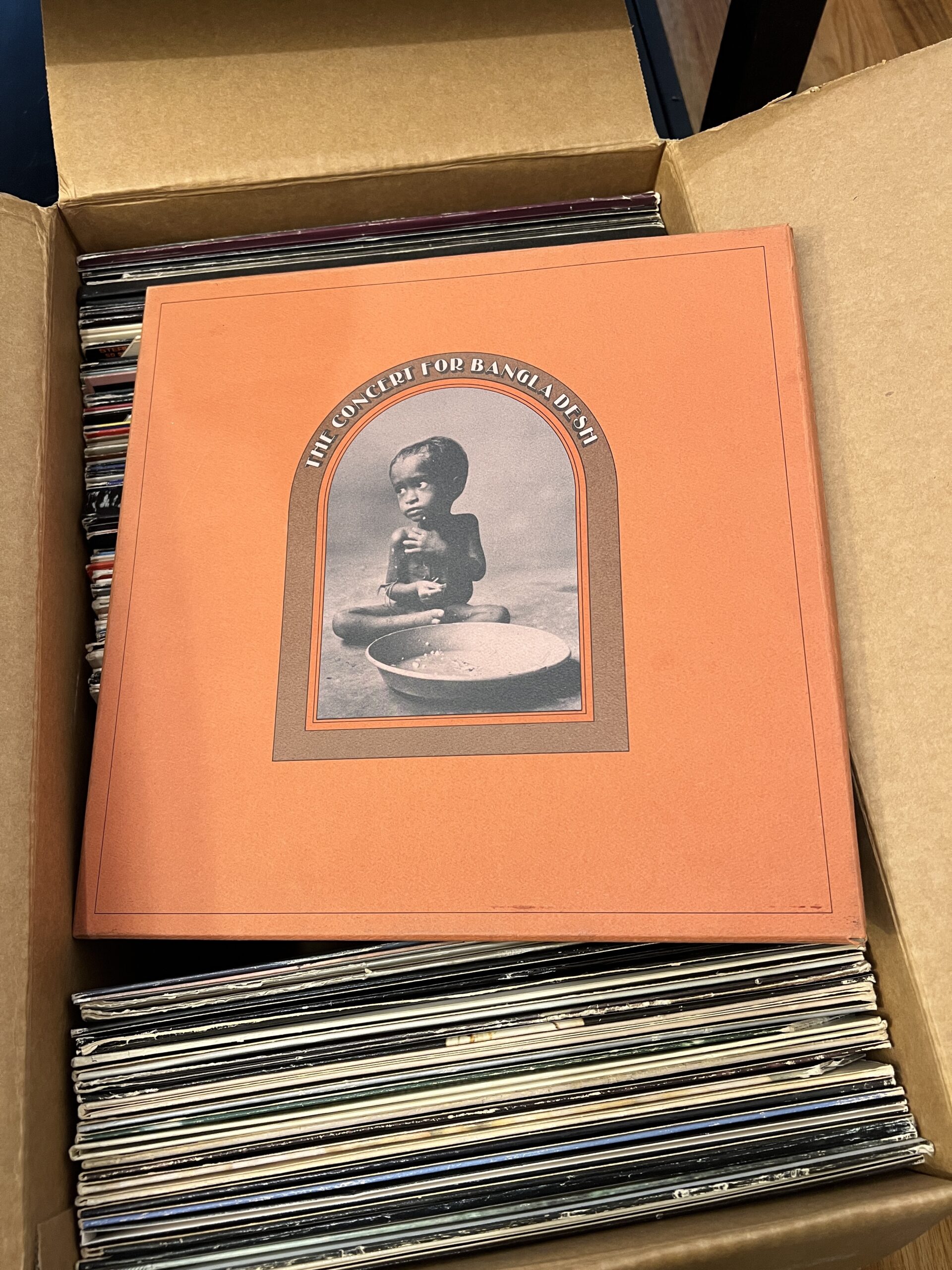 I had heard of the benefit concert (as well as the war that led to it), and knew that the album existed, but had never heard it before. I’ve long been a fan of the Beatles, Bob Dylan, Ravi Shankar and Eric Clapton’s early work.

Charitable concern for victims of war and famine is an admirable trait and I’ll never criticize anyone for caring about one’s fellow man (and starving children), but with half a century’s hindsight, can we not all agree that there’s a certain exploitative posturing to which celebrities seem inclined, and that this album may have kicked off the trend, or contributed to it significantly?

That said, one redeeming quality of George Harrison (the second best Beatle) is that he really seems to have lacked meaningful stage presence, which enables me to regard him as having a certain sincerity towards his weird religious and political beliefs that I don’t think was shared by his former bandmate (and third best Beatle) John Lennon.

Speaking of which, many people cite John Lennon’s Imagine as the worst song ever composed by a member of the Beatles (and to some, it’s the worst song of all time) and that’s a fair point of view, but in my opinion must go to My Sweet Lord, George Harrison’s adaptation of a (Christian) gospel melody to an anthem of praise for Krishna, Vishnu’s eighth avatar (whose birthplace I once visited in Mathura).

On the other hand, how many people out there, even diehard Bob Dylan fans, can name Dylan’s greatest song? Is it Mr. Tambourine Man? No. Blowin’ in the Wind? No. Like a Rolling Stone? No. His greatest song is It Takes a Lot to Laugh, It Takes a Train to Cry, and he performed it at the concert for inclusion on this album, which is great, even though his performance was kind of weak.

As I might have predicted as a Ravi Shankar fan, his performance on side one (of six) stole the show.