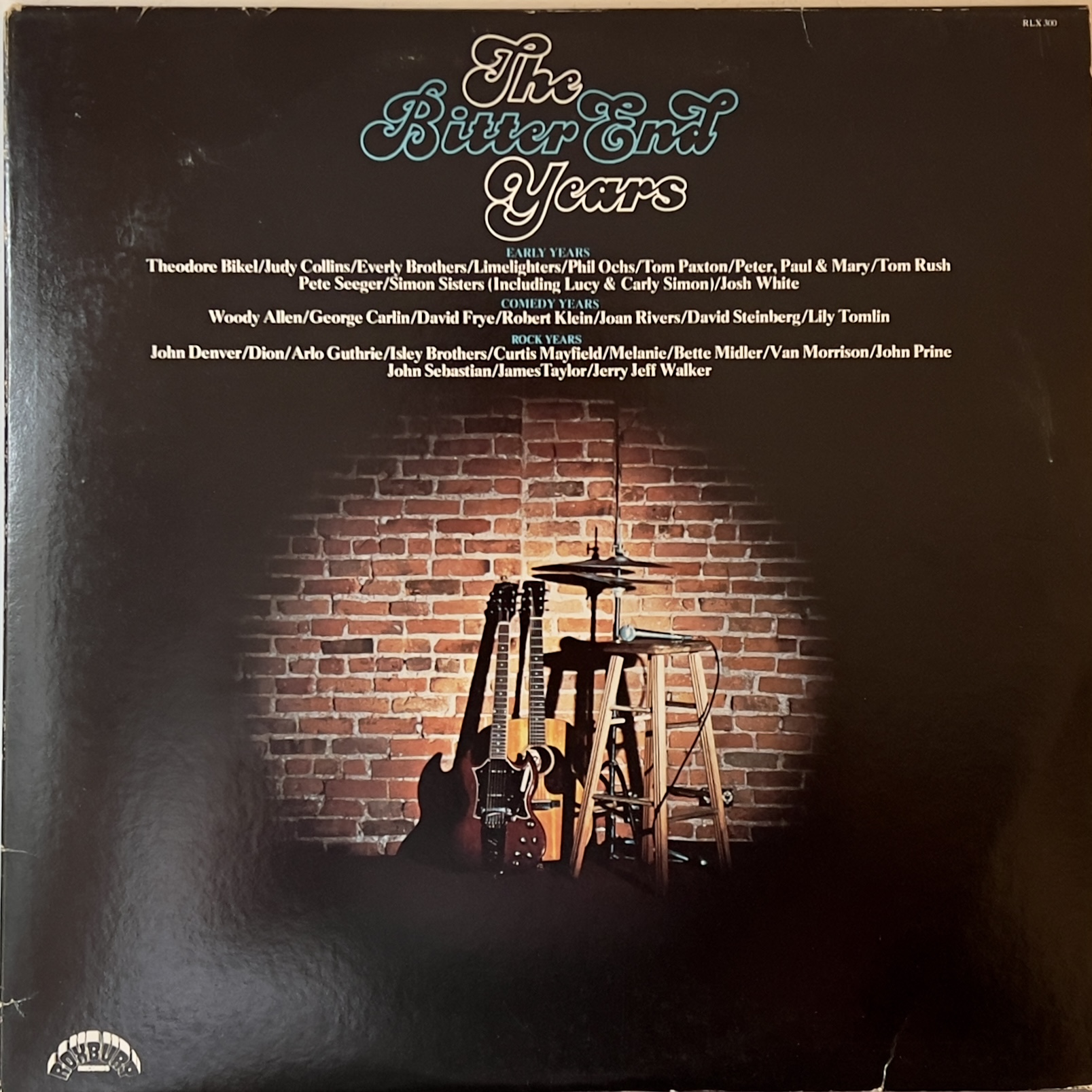 I’m familiar with the Bitter End and have even been there, but didn’t know that this compilation existed.

I really liked the Limelighters’ version of If I Had A Hammer. Tom Rush’s Who Do You Love was also pretty good, though definitely more electric and more of a rock song than folk. Hearing Dodi Li was pretty surprising and it was faithful to the original[1]Well, maybe not to the original original, but to the XX century original., though with the addition of some Spanish-style guitar.

I think the worst song from the “early years” has to have been Pete Seeger’s version of Where Have All The Flowers Gone, which has always been one of my least favorites.

There was nothing particularly funny about any of this “comedy.” Low points included the joke that Richard Nixon’s face looked like a foot, as well as the extended Godfather parody that would be right at home on “Saturday Night Live” of the early 2000s. I guess the William F. Buckley, Jr. impression was the funniest part.

This collection of songs was so weird. There were twelve songs on this LP and, with one glaring exception, I was unfamiliar with all of them. Why would they have chosen second-rate and somewhat unknown songs for this compilation? Some kind of licensing issue?

The exception, of course, was Van Morrison’s Brown Eyed Girl, a childhood favorite of mine and the best song on the record by far.

Curtis Mayfield’s Gypsy Woman and the Isley Brothers’ Pop That Thang were the worst and didn’t qualify as rock at all… though I guess it only says “rock years” and doesn’t explicitly say anywhere that there wouldn’t have been funk songs from the rock years. But yeah, that was strange.

Another thing that was odd, and this is true of both the “early years” and the “rock years” LPs, is that none of the songs were live recordings, let alone live recordings from the Bitter End. Instead, they were all studio versions. I kind of assumed that, this being a celebration of a specific club, the songs on it would have had something specific to do with that club.