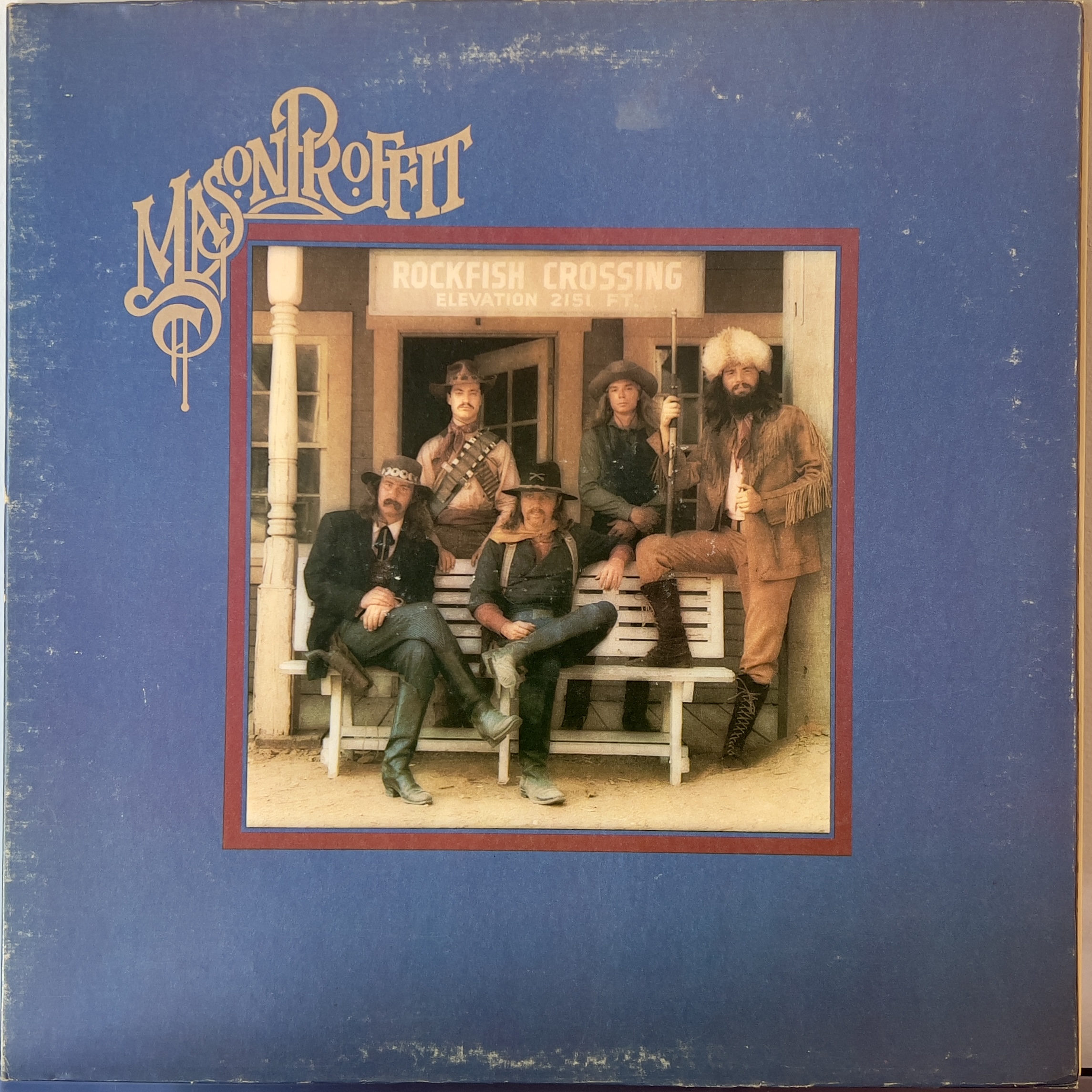 I have no idea who Mason Proffit is (are?) and I just hope he (they?) won’t have anything to do with Dave Mason.

I’m getting a bad, bad sense about this group and this record from the album, which portrays five men, or possibly four men and a woman, dressed as Cowboys (TM) [1]Actually, at a closer look, they appear to be, from left: a generic cowboy type or possibly law man, a generic cowboy type, a runaway Confederate soldier, a cowboy’s wife, and a trapper with a … Continue reading in a Disney-like image of the Wild West (TM). Flipping open the album, I’m extremely concerned by the one lyric that my eye happened to catch, on a song called Hobo: “I’m just a hobo with a guitar / And a little bit of money in the bank…”.

Ok, this was nowhere near as bad as I thought. It was actually pretty solid country rock, though much of it didn’t really stand out as interesting or original. Breakin’ Down was a pretty good bluegrass song, and Better Find J*sus was rock and much more excellent. Probably the best song on “Rockfish Crossing” was the final track, Medley: George’s Jam / Call Me the Breeze, which had a great blues sound but didn’t overdo anything.