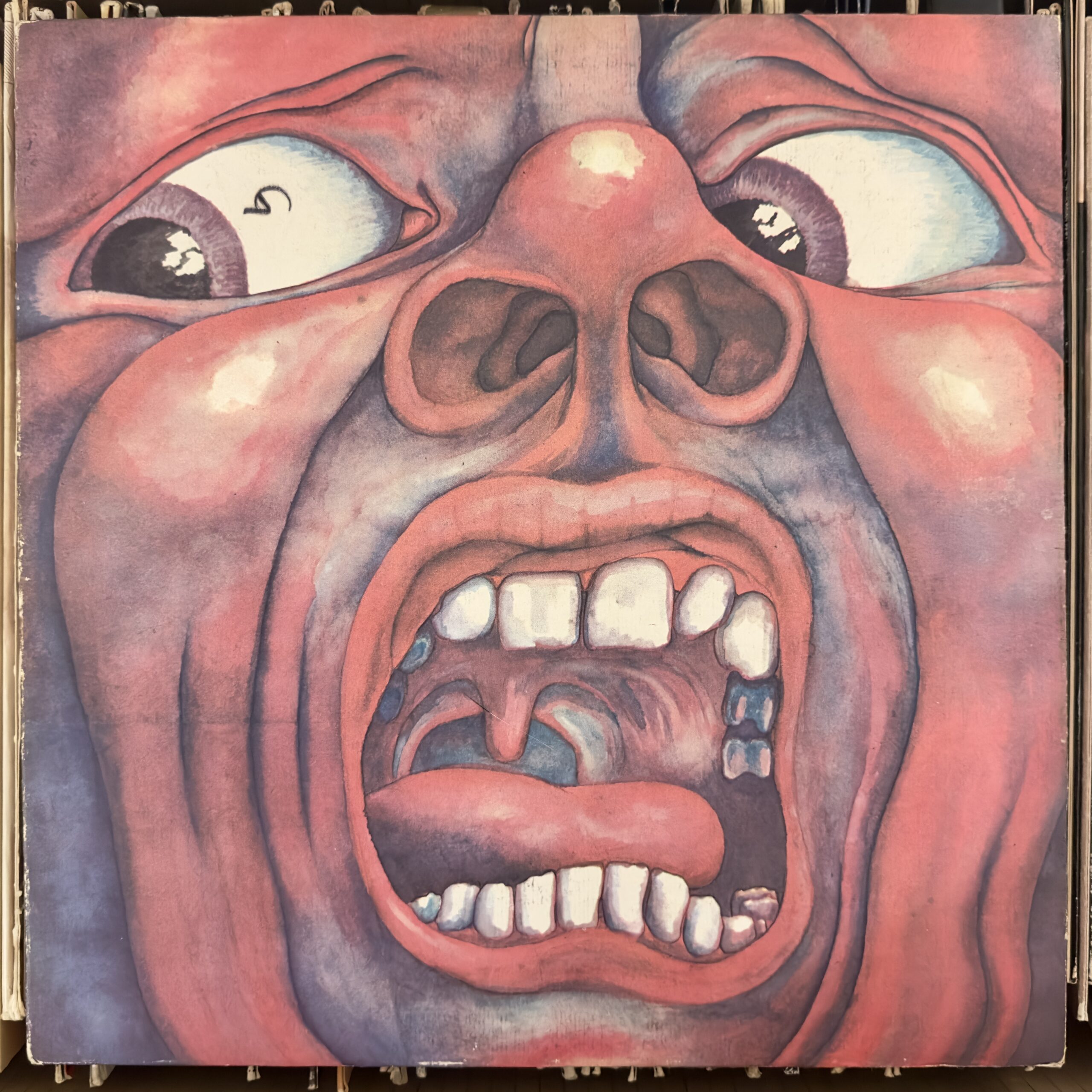 I’ve never heard of this.

I do not know what to expect! The album’s cover art is a bit disturbing and makes me want to share this fun fact: I have no uvula!

This was as weird as I suspected it might be.

If I had to choose a single word to describe 21st Century Schizoid Man overall, I think I’d describe it as “metal,” even though that doesn’t come close to describing its actual musical style(s) – hard rock, but also jazzy at parts, with tempo changes and very sparse, very distorted vocals and upbeat jazz parts that seemed to be subsumed by downbeat rock parts. It was unlike all the other songs on the record, and maybe the best.

When I Talk to the Wind came on, I was scratching my head, wondering if this was even the same band that recorded the previous song. It used the flute, with rock style percussion but a slow, subtle and gentle vibe that actually made me think of the wind.

Epitaph, Moonchild and The Court of the Crimson King all used a kind of wall of sound type effect that was pretty distinctive. Both Moonchild and The Court of the Crimson King also made extensive use of a sort of electronic xylophone. In the former, that section went on for so long, with so little else going on sonically, that I think I may have fallen asleep during it. In the latter, the overall sound was more folky, but the percussion was so prominent that it was quite distracting.

I still have no idea what to make of this record, even after listening to it.